Check out the progress we made this week, trying to fix various major issues with the game.

Things have been slow this week on both games while on worked with a beta tester of the engine to try and fix some bugs and performance issues that make the game(s) unplayable. Unfortunately, we aren’t at that point yet. So far I’ve had to tighten up the code and break up the maps which were originally designed to be seamless, but it shouldn’t be too much of an issue.

The stat screen for Genericopolis is done and I have also worked on the HUD and fixed it up a bit.For those wondering where the actual dinosaurs are in Survival of the Fittest, I worked for a guy on his game and asked for dino sprites in return so hopefully he will finish them at some point. It has been a month. 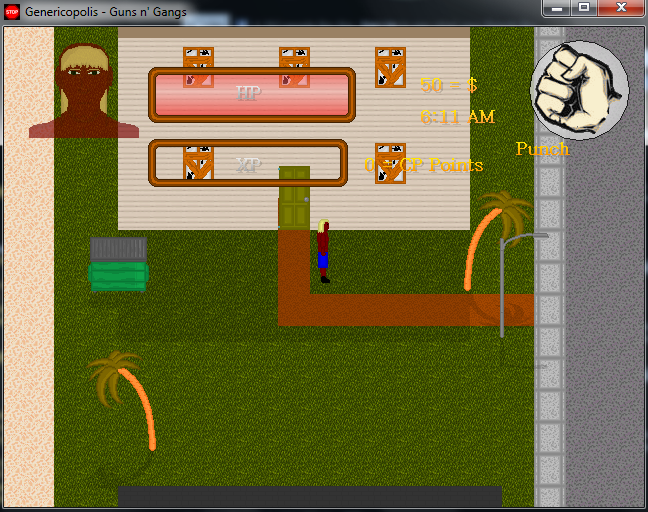 Interesting. It's been a while since anyone has used the Indie sprites in a game, haha.

This game has been cancelled and Survival of the Fittest is once again my main focus. Yeah, I honestly prefer them to pro.