We talk about the first level in Operation Downfall. In the first level you will be taking a Japanese held position on a beach, storming through the trenches as you make your way towards a coastal artillery piece to destroy it. 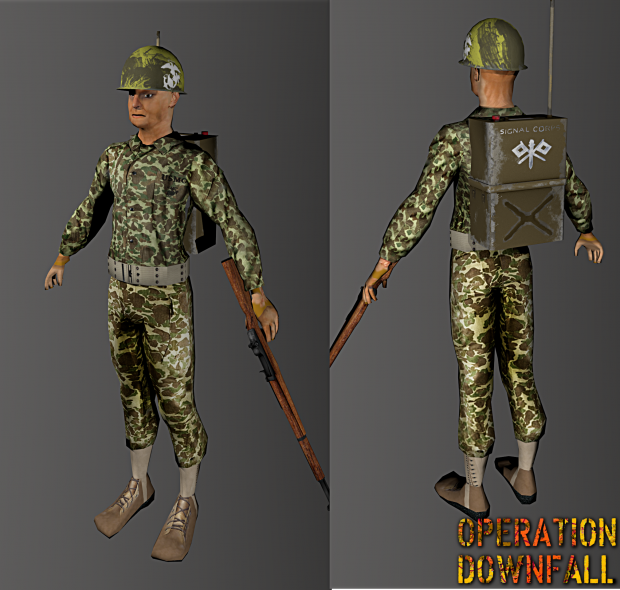 Hey there, we’ve been working on the first level of Operation Downfall, getting it ready for a Greenlight trailer and other things. In the first level, taking place at Shibushi Bay, Kyushu, you will be tasked with eliminating enemy machine gun positions as well as destroying an enemy coastal battery. You will be armed with a Garand, a sidearm, as well as grenades.
You will make your way from an Amtrak into the enemy trenches, where the enemy has fortified themselves with whatever they’ve been able to get their hands on. They will not be numerous, but granted a single round can mean the difference between you going home in one peace or in a body bag, it won’t matter much.
The enemy will be largely armed with their typical Type 38 bolt-action rifles, granting them a far slower rate of fire than you with your almighty Garand, but be warned; others will be armed with Type 100/46 which are far more deadly than your rifle in close quarters. Along the flanks they will also have machine gun positions to keep you from escaping, forcing you into near boundaries where they may easily gut you.

in latter levels you could add tree snipers and booby traps in the jungle :3

We're trying to focus on the first level really hard right now, but adding tree snipers is something that has been considered for later levels. It will depend on if they are fun to fight, and if camouflage on them can be made to look good.

There will be boobytraps. That's for sure.