Small update cause of the Pokémon X and Y madness. It still contains some enjoyable new content. 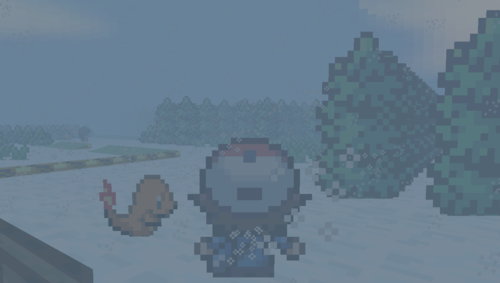 This week’s version of Pokémon3D got a bit less content than the other ones cause Pokémon X and Y came out and the entire dev team and a few staff members played it to the max. It’s awesome. Although this is a major distraction, we managed to make an updated version of Pokémon3D version 0.38: version 0.38.1. It contains mostly bug fixes but also some new features.

wait, changed some pokemon data and moves to fit pokemon X and Y? how big of changes are we talking? I thought this was supposed to be a 3D version of gold/silver/crystal meaning all the stats should be the same as in those games right?

I thought the plan was to see if this worked well and keep adding regions. If that is the case there may be an X and Y section eventually.