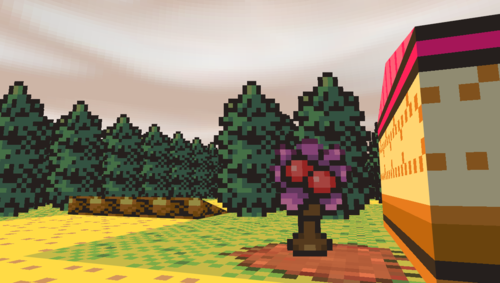 The Bug-Catching contest is an event that happens three times a week at the National Park. There, people try to capture the best bug Pokémon they can find. Afterwards, the caught Pokémon get examined and a judge will determine the winner. One can also get prizes for winning there.

The Safari Zone is another facility to capture Pokémon. You can’t use your own Pokémon in battle though cause the species found in the Safari Zone are rare and shouldn’t be attacked. One can travel through different landscapes and areas to catch rare Pokémon you can’t meet during normal gameplay.

Also, these things got added:

Have fun with this new update. You will be able to download it through the launcher in a few minutes. The GameJolt service will be unavailable until then.

Love your continued work and dedication. Keep it up. =)

Greatly enjoying this game as it develops.

I wish the battles were a little more.... animated. I mean for example, make tackle move you pokemon forward in a tackle motion. Seeing nothing except damage done kinda ruins the experience. I really like the project and cant wait to see it finished, i hope you will implement battle animations once you have time.