Pokémon3D version 0.24 (and 0.24.1) is out now. It contains mostly polishing and bug fixes and so on but for the challenge I implemented the Goldenrod City Gym. 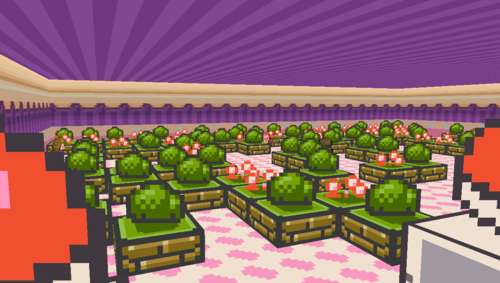 Pokémon3D version 0.24 is finally here and it comes with mostly fixes and slight adjustments. But there are also a few new features included.

Get the new version in the launcher right now!

Also beware: The game crashes at the moment when you are using a ghost type Pokémon. So avoid using them until Friday when the update comes out, the bug is fixed there.

This is smooooooth as a smooth surface now! (fps wise) Thanks for the great game and I hope you continue working on it!

I used my gastly normally

how did u get gastly petrelli?ive never ran into a wild one.

There's a bunch in Sprout Tower

you will found thousands at sprout tower

update: when I start battle with my gastly the game crashes, but if I start with non-ghost-type and switch to gastly it works good.

okay thanks, cant catch them though, my pokemon just beat them with one attack lol.

anyone know where to find a bulbasaur? i battled a trainer with one but have yet to find a wild one.

Gym leaders still use a ridiculous amount of potions. Sometimes up to three to four a pokemon, which is not fun on Miltank lol

I love it, its still as hard as it was in the old games. to this day that Miltank is probably the hardest gym battle. hah