Pokémon3D version 0.22 is out and adds cool things like offset map loading and Pokémon following the player! 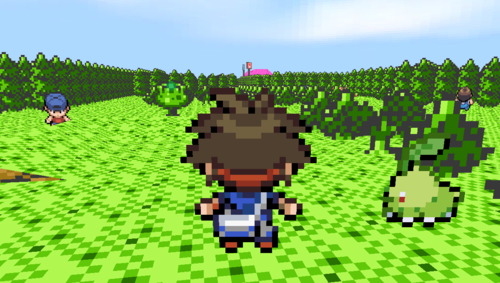 Pokémon3D version 0.22 is here and it contains some great new visual effects and other content.

Here is the list of new features and bugfixes:

Sorry but I didn’t manage to put the the story update into this patch because there where plenty of other things to do. I started working on Route 34 and Goldenrod City but haven’t finish them.

Also, the Ruins Of Alph are not worth to be visited right now, because there isn’t really much to see.

But be exited for the next update in one week, also, if you encounter any new bugs in this version, report them here. I will fix them for the Friday version.

And to finish this post up, here are some screenshots of the new (old) scenery: 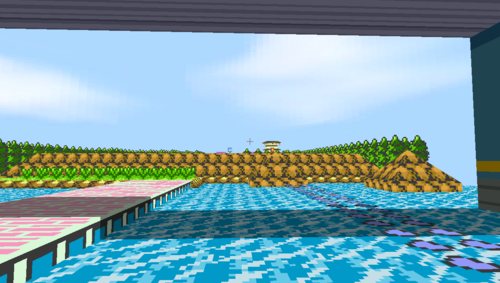 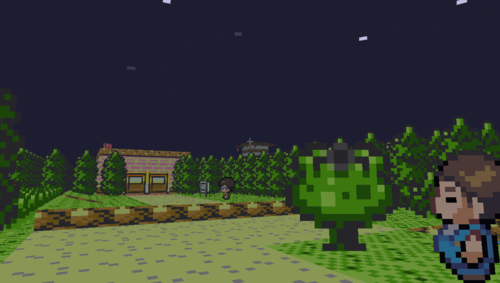 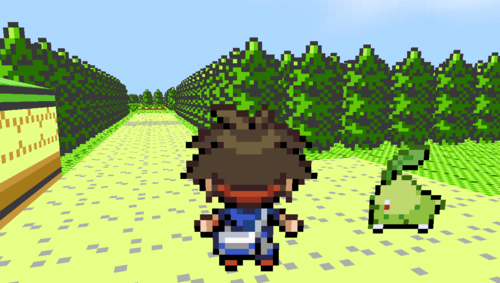 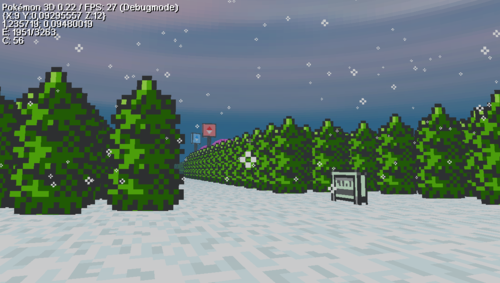 would be better to do one option to bring the pokemon following you D:! but the game is still great and most great is that your doing it alone, right?

Nearly ;)
I am doing all the main coding and stuff, while someone helps with with localization.

is the best thing you could think, you made a pokemon game in 3d and some things are improving

I hope you can finish it without problems

Are making TM's infinit use like in Black/White or are they one time use?

wicked sick! i wish i can be like you, having the knowledge in making 2d pixel games to 3d pixel games. good job!

Heracross is lvl 24, still to high I think? And when I save it says I got 4 badges. Anyway I like this game a lot!

I Noticed that my Cindaquil has the ability Overgrow.

its the only ability is implemented i think...

I got stucked when I was left slowpoke cave

I found some bugs,

1) I went through the floor in slowpoke cave when I had a fight right before going down the stairs.
2) A geodude got knocked out by confusion, and it notified that he was confused first, and then he disappeared.
3) Sometimes poison doesn't work on the first (and maybe second) rounds it should take effect. It also doesn't effect pokemon while walking.
4) Not really a bug, but there are a number of times when the camera will rotate 270 degrees instead of 90 degrees.
5) The scene changes, like entering a battle, take a longer time in full screen. It seems like this is because the effects are not scaled to window size. This improved a lot since 0.20, though.
6) The victory music is louder than most other sound effects
7) Turn off music seems to mute all sound effects
8) Bellsprout doesn't learn wrap at level 11.

Also, I am sure these have already been requested, but the following features would be greatly appreciated:
1) WASD movement, or the option to use it would be great
2) The option to change the frequency pokemon occur, I'm running into them about every 4 steps I take in some caves

Anyways, thanks for your updates! This is a cool project, and I enjoy using the game. The preloaded neighboring regions is a nice feature, it makes the world seem much more seamless.

Oh, I thought of another feature that would be cool.
Would it be possible to make trees using several intersecting images? So, instead of a flat tree, it would be x shaped? Or maybe it could have 3 or 4 images, to make them look more 3d? Thanks again!

when the game is finished will you make it so that all upp to gen II pokemon is aquirable? one way or another =)

Wasn't .23 supposed to come out yesterday?

Nilllzz, you really need to work on some of the sprites, like the plant in the Pokemon Center entrance. Just get rid of the pixels from the pot that give it a top-down perspective like so:
nasziku .com/P3DSPRITECOMPARE1.png
It's been bothering me for quite some time, thank you.