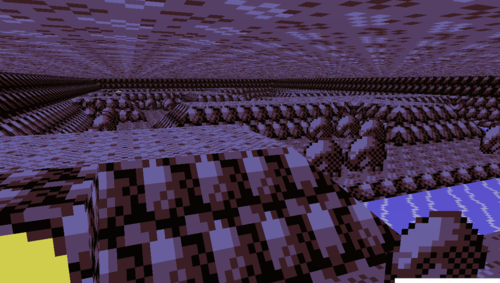 Pokémon 3D weekly version is out! This one contains more changes and additions to the battle system, some bug fixes and more.

Hey! The game is nice but I would like to suggest two things if I may. 1st) It would be nice to have a more battle style music for battles
2nd) In the option menu a volume regulator for the music

Have a nice day

The few things that would be nice and draw A LOT of players would be these in my opinion:
1. Have attacks animated. E.g. tackle could be as simple as the pokemon hitting the other.
2. Battle music.
3. Definitely fix the walking through tall grass without being attacked problem.
maybe improve the textures.

My extremely long experience with Pokemon gaming and Pokemon gamers is the want for a higher quality, not-so-gameboy-styled game, but keeping the things we love in it.

The game currently does not start up.

Your dropbox is causing too much traffic, so they disable it. I can not download it. =/

for some reason it will download the version but will just continue to say preparing after that. what do?

same guest as the last with the preparing problem. now it says invalid start parameters.

I seem to be experiencing alot of bugs, like 90% of the doors i either can't enter or i just walk into the wall, and the building makes a new space for like 1 square meter where i can stand. also entering gym in violet city makes me jump to prof in first city, and entering the hospital warps me to 2nd city. anyone having the same problem or a solution?

Hey, the client says that the download was successful even though it's in the middle of being downloaded. This is problem.

the game never makes it past the "start game" button. I click it but it never loads. Is this a common problem? Is there a way to solve this yet? I'm running windows 7 and gameversion 0.15

I'm not a big fan of the movement, but other than that, I like it. Thanks!