Fewer bugs and crashes as well as a new main menu that gives a better view onto the new shellmap action. 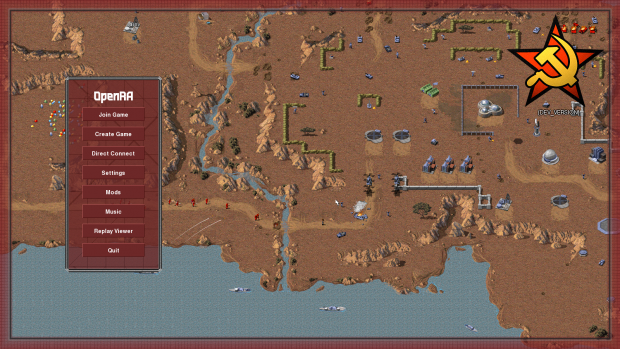 That should be something that you guys should implement anyway just for the hell of it, allowing a lot more modding capabilities. A tag that can be added to tiles, like:

Than something like this to determine how much it slows them

Vehicle speed is already terrain specific and can be defined with percentages per unit as well as inherited to all infantry/vehicles.

Another thing I noticed and we've tested it today in this current released build on Red Alert mod is that the walls are much to strong. While in original c&c they were literally useless now they appear much to strong.. My buddy just locked in some ai players (hard + high tech ai) and even with countless bazooka inf and tanks they weren't capable to crushing those walls in time before he set another wall formation in order. He locked their entire bases inside walls. Just for testing and fun purposes. I suggest also to make em extremely vulnerable to nukes as nukes shouldn't let anything standing in tact.

Then there's one more request give the soviets an aero transport perhaps once they have build their air fields it's somewhat unfair that soviets can't reach certain points fast with infantry while the allies can (speaking of islands with oil platforms in this case.). Also not a bug fan that you removed choppers for the soviets. I can accept the removal of ground troop transports but choppers?

Soviets still have the APC and hovercraft.