We've launched the Planet Explorers Kickstarter campaign, please support us anyway you can with financial support, telling other people, telling the media, and help us make this into an awesome game!

After talking about it for a couple of months, we've finally launched our Kickstarter campaign, you can goto it here: Kickstarter.com

Now we really need all of your help in helping us making this campaign a success. You can help us financially or by getting more people to know about the game and the campaign. Tell all of your friends and favorite game sites and boards. We want to make this game as good as we possibly can, and you're support will go a long way in getting us to that goal. 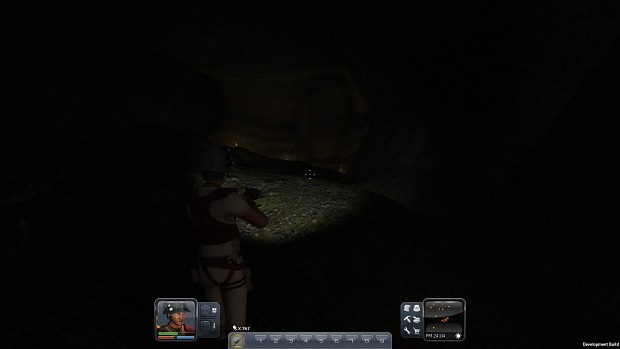 And speaking of trying to reach for that goal, we've just released alpha 0.53. In this build, we've fixed many bugs that players have found in a0.52. We've also included a few new and useful features.

Change list:
1. Marker on the ground when digging
2. Faster fps when panning camera, and faster fps in general
3. Better AI pathfinding
4. Fixed storyline bugs
5. Fixed the crash bug when building
6. Control style 2 added (uncheck the camera follow option in the options menu)
7. Invert camera options
8. Delete built voxels with alt-click
9. Free camera mode when building (press f, then use the awsd controls)
10. Caves (not final)
11. Story tweak with Gerdy's start missions
12. High tech headlamp
13. More pronounced differences between tools
14. More pronounced differences between timber resources among different sized trees
15. More pronounced stat differences among large and small animals of the same species
16. Death animation will be faster and you can now use the revival shot
17. Docile animals won't continue to attack you after you revive
18. Tweaks to devilwolves and wolfrinos, added another animal in the forest
19. Animal bodies will stay for 1 min before disappearing
20. NPCs now have weapons so that they don't just punch, they'll also always help you if you start taking hits.
21. Loading the adventure and build maps received a considerable speed boost (less than 20 sec for 512X512 maps)
22. Rewrote the flora code, now it looks pretty darn good, especially the forest.
23. Changed the font so now it's very clear. 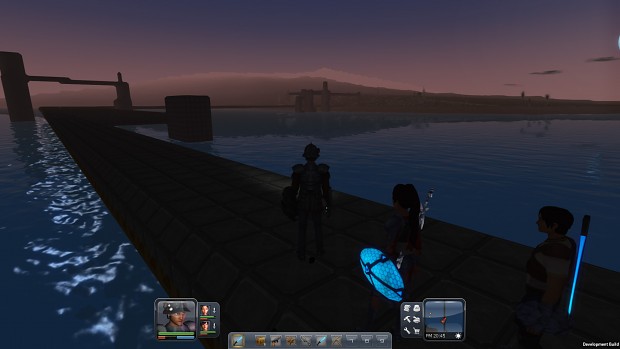 Now that the Kickstarter is underway, we'll be focusing our entire attention on the a0.6 build. It's looking to come out sometime in May. Also, an update on our Steam Greenlight campaign. Thanks to your votes, we've moved up to #63, and getting higher everyday!

way to go! will spread the word for the KS campaign

This game is worth the pretty penny, that is for sure. You have my pledge :D

Best of wishes for you and your team, and hopefully your Kickstarter succeeds gloriously, you guys deserve it :)

Voted on kick starter, good luck with that, also downloading the demo now. Just a side note I would increase the size of the Kick starter Iframe size to 375px in width and height to 150px ^^