Post news RSS Planet Explorers a0.41 released and looking forward to a0.5

Torrent for the file available if Gamefront is down again：Pathea.net

Thanks to everyone playing through a0.4, we were able to catch lots of bugs. In a0.41, we've fixed most of them. However, we're still getting a few bugs that we know exist, but are having a hard time replicating, they include suddenly running and not stopping (not autorun), and some invisible surface blocking parts of the ui sometimes. A0.1 is avalaible in the downloads section.

Here's the changelist of what we did:
- forest and terrain plants have a new lod system, looks a ton better now (if you pick fantastic).
- new grass type in grasslands
- most grassland flora in (except for 2 types)
- bug fixes for a lot of things
- the red korona is now at 2500HP
- bullets/arrows can be made, 3 per block of iron or copper
- bullets/arrows can be equipped in its own little ui block now
- bullets/arrows shows up right above the quickbar, no bullets and guns are useless
- tweaked player animation for holding guns while moving and holding bows

Next up is alpha 0.5, to us, this is the version where the game actually starts to take shape. So far, we've been completing the tech and world design, now we'll start to focus on completing the game. This will be a big update, with many, many things added.

We will be doing a Kickstarter for this project in early January. We'll need everyone's help to complete the project the way we want to. Alpha 0.5 will be available to basically anyone who contribute at any tier in the Kickstarter at the end of January. We think we're arriving at the point where the game is actually worth something. For the people who still want to try out the game but don't want to put up money yet, we'll put out demos every few months.

The changelist for a0.5: 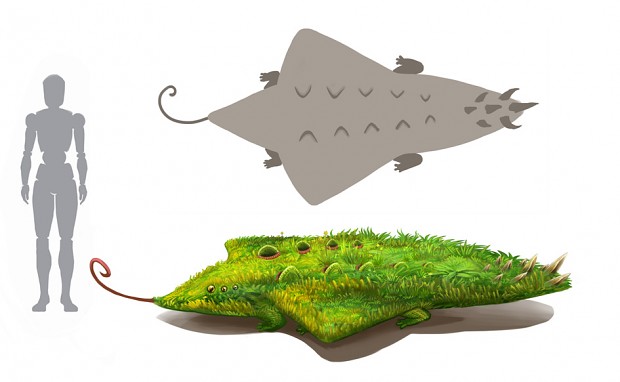 We'll be working hard! I'll have more information on Kickstarter as we get closer to the date, we'll have a trailer of 0.5 ready for it, and parts of it will blow people away (if we pull some stuff off, no pressure, haha).

nice video, but the strafing to the side animation looks like it needs to be looped more.

Yeah, we're going to fix that in the next build, our character rig can't handle good animation blending at the moment.

glad this was pushed through so soon, cant wait for 0.5!

great work guys.
thank u for this game.
looking forward for more updates :)

Looks cool! Any plans for Linux implementation once Unity 4 is out?

We'll try and see at a later date, but right now we're only focusing on getting the PC version working right.

Been playing your wonderful game. Keep it up. Ill be supporting you in kickstarter. Cheers

hey, i hope u can add this on greenlight too...i vote this for sure..and i will help on kickstartwer too.
Good work

Thanks! We'll put it on Greenlight soon. :)

good to hear that, keep up the good work