Alpha 3 is the first release on IndieDB. This is an early alpha so its still pretty basic. Any feedback is welcome.

Missiles are now heat seeking as well as having a boosted damage potential. They're also unaffected by shields, which means it's usually one or two hits and they'll kill the target. They are limited in ammo though, so don't waste them all at once. Eventually they'll be limited to 1 missile per launcher, but for now it can hold up to 10 for testing purposes.

A chaingun has been added that uses bullets (with limited ammo), rather than "energy" projectiles. Bullets, like missiles, are not affected by shields. In addition shields have less hit points now, and when they're hit they'll also stop recharging for a small period of time to make killing things easier.

There's now a store on planets that allows you to sell and buy modules. It's pretty basic for now, but it allows some customization of your ship.

Any and all feedback is welcome! 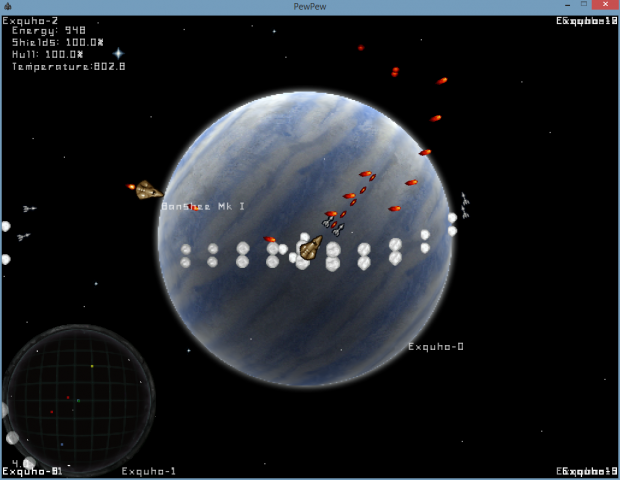 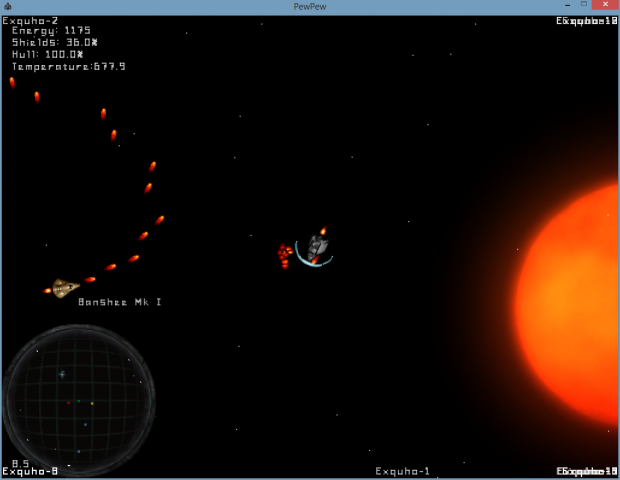 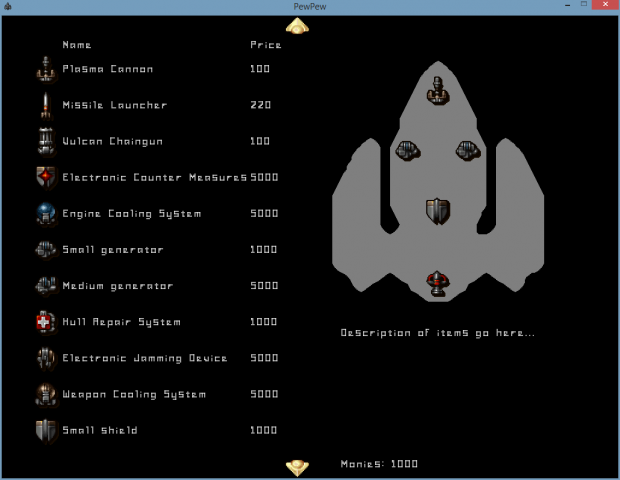 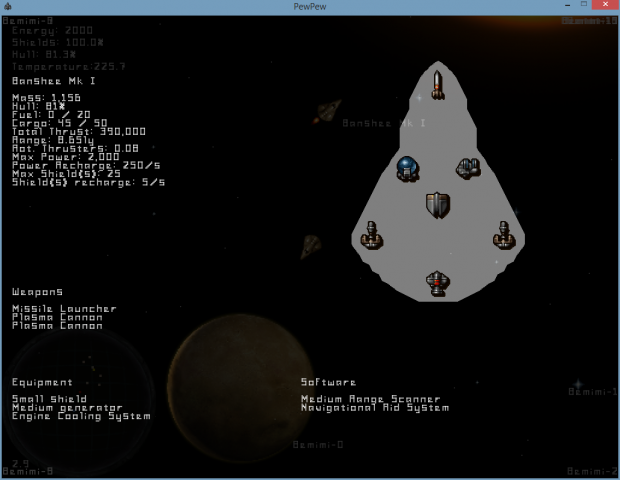 Hi frodeaa, I just played the game for a couple minutes. Here are some thoughts:

- Combat was fun with the inertia based ship movement. The enemy ships seem to be a little too strong though. It is quite easy to lose to a single enemy ship.

- Missiles target the player ship if there are no enemies around. That's pretty annoying as there is no way to fire the main guns without also firing missiles.

- Getting near the sun leads to almost instant death. If the damage was lower, the player could realize he is too close and quickly move away.

- Jumping from system to system is not visible in any way. A short flash or any sort of animation would help the player realize he is in a new system.

The game seems like it's heading in a great direction. Looking forward to the next release!

Thanks for the feedback! I'm aware of all the issues you've mentioned, and they're all a byproduct of being in early development. I'm glad you brought it up as it gives me some specific things to focus on.

Re combat: There's a lot more combat in this early release than there will be later on. Most star systems will have little-to-no combat at all, although some of the outlier ones will have more. It still seems like it needs a lot of tweaking though, hopefully I can get to a point where it's challenging but fun, and not hard and frustrating.

Re missiles: For the next update the missile launcher will have a separate fire button. That way you can launch just one or two, and still have the main weapon available. You can also avoid missiles if you get your temperature signature down below a certain threshold (I think it's 50 right now). I also have two other missile types planned, one of which will never change targets, but they require some other legwork done before they can be used.

Re star: You're right. I'm going to try and tweak this down. I also want to make a "Too close to star" warning thing pop up, but haven't gotten around to doing that yet.

Re jumping: Yes, it's definitely lacking some feedback on what's actually going on. I'll try and get this done for the next release as well.

Thanks again for the feedback!