This is a big one! Three weeks in the making all classes now have full talent trees for a total of 320 unique talent abilities, perks and spells. 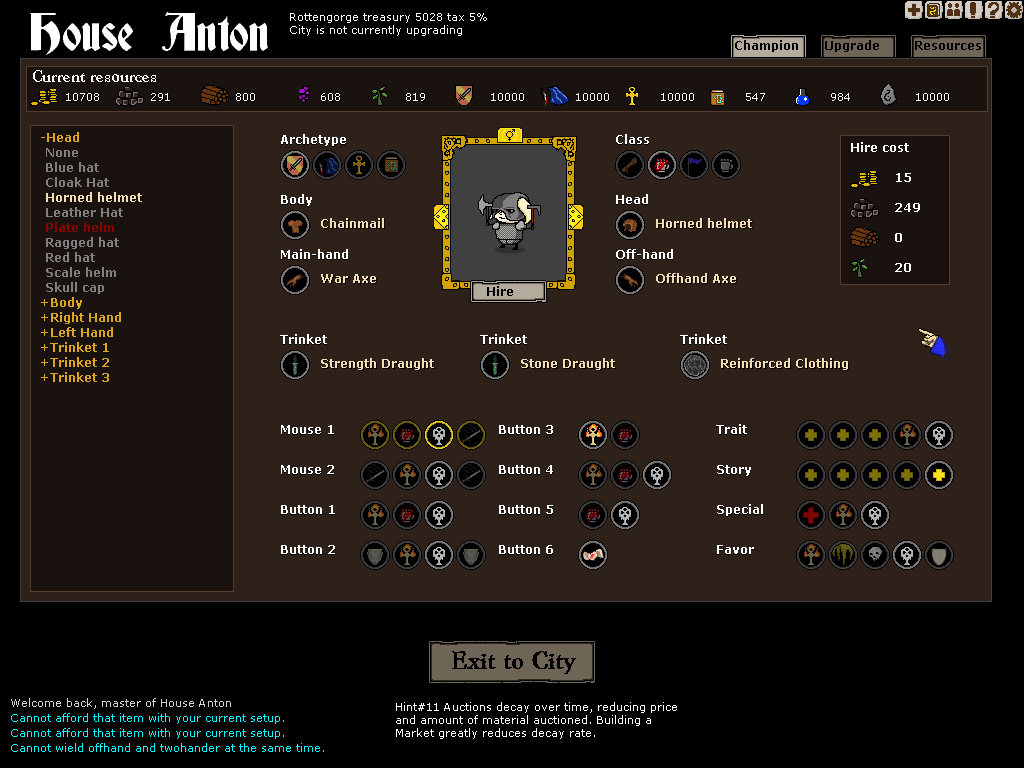 Reavers are self reliant loners that are very adept at going head to head with strong opponents.

For a long time I have been working on improving the ability implementation tool and now it has paid off. In the last three weeks I have implemented 286 new perks,spells and abilities using the new system. The talent trees have always been a mayor milestone for me and now that it is done the game as I visualized it almost two years ago is now feature complete and I will now focus on fine tuning the mechanics.

I have decided that for the next few weeks I will go through the classes one by one and go through their mechanics to give you an idea of what roles and niches the different classes are meant to fill, this should also make it easier for players to suggest tweaks and changes based on how the classes actually feels playing.

Berserker - Soldier Archetype
The Berserker was the second class to be implemented and has gone through a lot of changes, but his main mechanics are still intact, he is a damage dealer with quite good self healing abilities and able to brute force encounters that would require quite a bit of dodging and weaving by most other classes. He has a long cool down on his self healing abilities and survival abilities however and can fall off a bit in group play due to his lack of team play abilities and his cool downs. His damage is quite high so he should still be able to serve as an excellent front liner in group play.

The Reaver - Berserker sub tree
The Reaver expands on the Berserkers self sustaining theme. He gets passive life steal and eschews mobility for sustain, the Reaver is half tank and half damage dealer and a very strong bruiser but falls of a bit when compared to pure damage dealers.

The Battlesworn - Berserker sub tree
Battlesworn are warriors who have pledged to Aden - The God of War - to excel on the battle field, they attack with reckless abandon and replace the Berserkers sustain ability with abilities that increase their damage further - at times at the cost of their own health. Battlesworn can deal very damage to small clumped up groups but have much lower sustain. They have good synergy with clerics and are viable pure damage dealers in group play.

Awesome game, i'll give a try and report some bugs :D
Looking foward for it.

I can see that you are in the game now, I'm glad you found a way to make it work - may I ask what was the problem?

No idea, i just let the program rest a while, and tried again :/
Srry if i can't give more details, but in the meantime, it's pretty hard at the beggining.