After one year of development, Outer Space Shack has a gameplay trailer, a Kickstarter campaign running, and more than half of the art for the basic game.

Posted by outerspaceshack on Nov 2nd, 2021

Outer Space Shack has made great progress in the past year. We now have a Kickstarter campaign running, and more than 50% funded after the first week-end.

As a first game development, the first year was full of adventure, from learning 3D modelling to setting-up complex workflows in Unity. Overall, I was impressed at the quantity of work required to build a game, and also the amazing existing tools and assets.

The best way to see the game progress is to watch the first gameplay trailer. It shows a small space base being built, from the first landing on the moon to a temper tantrum of the first child astronaut.

The game is a project I have been doing with my two children. They brought many amazing ideas to the game. Astronauts will be kept happy thanks to the locally-grown strawberries and also astronaut children, as, according to them, children will make astronauts happy. 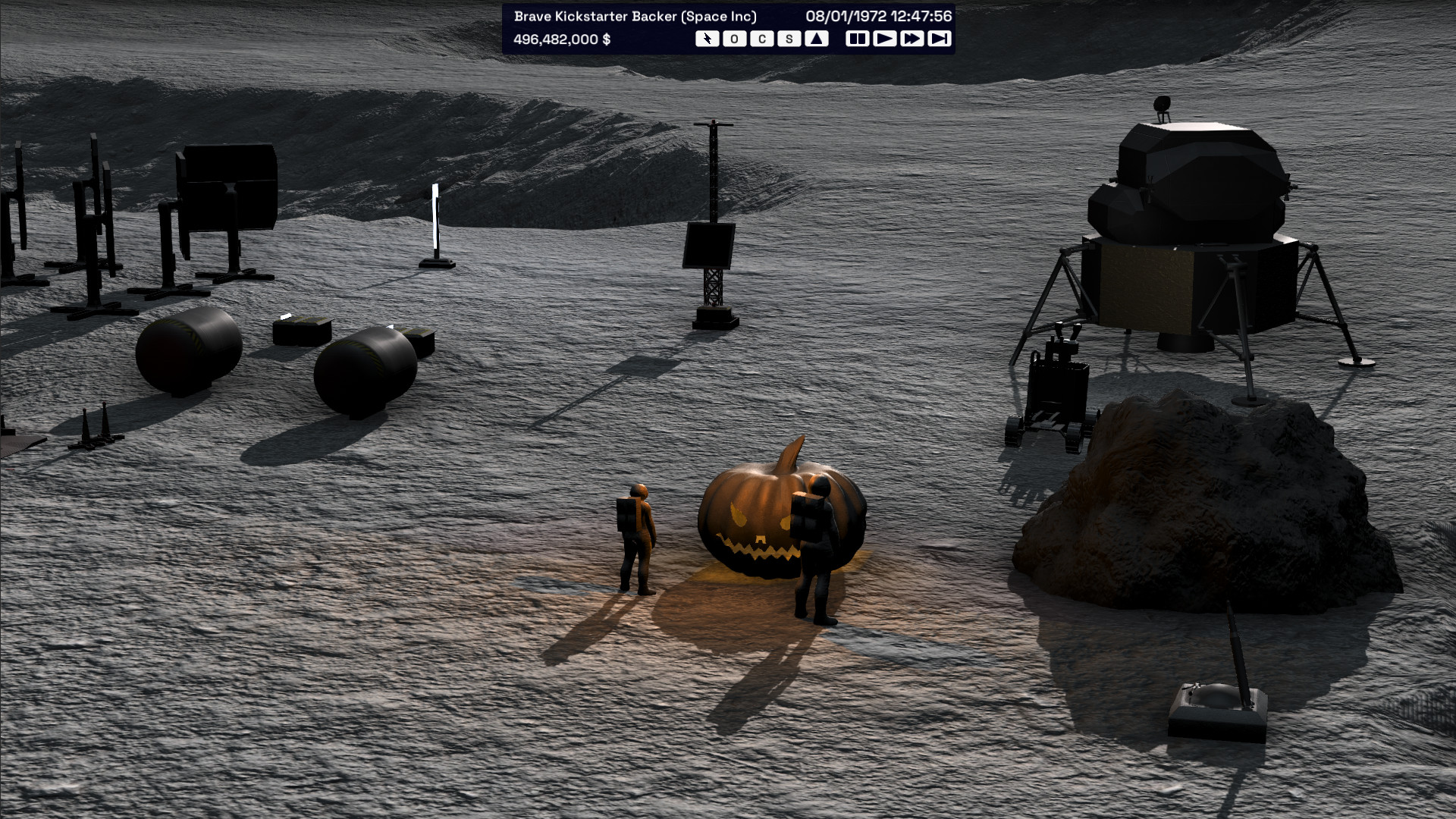