Sharing our library of tools and resources developing Postmortem, adventure exploratory game where you play an agent of Death whose choice might change the fate of a Nation!

Another weekend, another milestone, everything moving on track! In the meantime, here is a: list of our current tech, tools and resources!

For more of our Dev thoughts, bookmark our Official DevBlog


And Don't forget to VOTE FOR US ON STEAM GREENLIGHT!


Here's a little of zoom-in for a small sample of our flexible conversation system to give you an idea what it can do. The basic process is: write dialogue trees, test-in game, "OH GOD THIS IS TERRIBLE DOESN'T FLOW AT ALL". Repeat 20 times. 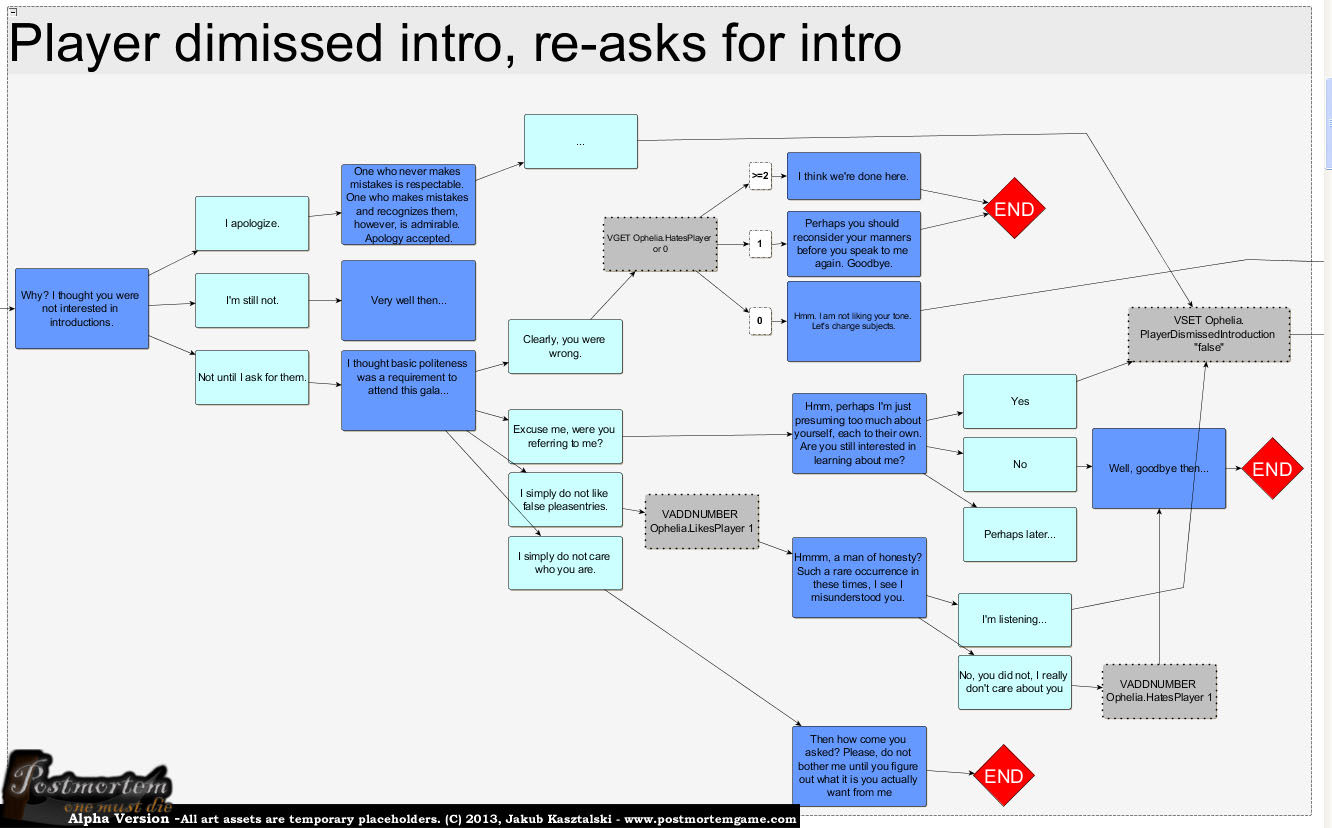 Postmortem is a free Indie narrative-exploratory game that will stress your moral compass this August 15th! Think The Walking Dead meets Home and The Last Express with a dash of To The Moon - a good mix of exploration, conversation, meaningful choices, discovering clues and some puzzles.

Looks quite impressive. I do hope that this game makes it onto steam as it seems a load of fun.