For this week’s blog post, we’re excited to share Oscar Brittain’s story. We were fortunate enough to sit down with Oscar prior to his multi-platform release of Desert Child to discuss his inspiration behind Desert Child, how he picked a publisher, and some of the things he learned while working to port his game.

When I was 15, I took a video game design course at my high school.

We had Game Maker, so I started with that, and 10 years later, I decided to make Desert Child.

I was studying for my Masters, was really stressed and bored, and one day thought, “Huh, this is really stressful. What can I do to that would be way more stressful? Make a video game and release it on several different platforms!”

I started making this video game, and at some point I decided I should probably do it full time to make the game a little bigger and help it reach its full potential.

I’ve been working on it for about two and a half years as Desert Child, but it kind of evolved out of some older projects, which adds another year to my total development time.

So, it’s been about three and a half years, even though a lot of the older ideas got thrown away.

The big thing that I gravitated to early on as a yardstick was Cowboy Bebop.

There’s a real appreciation of classical machine aesthetics and old architecture in Cowboy Bebop that isn’t really present in other sci-fi.

Anime does a great job of mixing the “real” or the contemporary in with sci-fi to kind of balance everything out.

I never really liked Blade Runner because everything is covered in neon: the world becomes so stylized, I can’t relate to it.

Cowboy Bebop gives the idea of starting with a contemporary world and adding little bits to it that are futuristic. That always inspired me.

That’s where the hoverbike came from, I figured it was the equivalent of street racing.

I thought, “What if they had hoverbikes? And what if they did it in really dangerous places?”

When you’re on the ocean, there are parts where you’re dodging rocks. Stuff like that are things street racers probably would do if their cars could fly.

I raised about A$15,000 on Kickstarter to make Desert Child.

Getting everything set up was pretty easy, and I had done a couple before: one I launched and sort of forgot about, and one I planned out but then never launched because I changed my mind.

To kick it off, I had my E3 demo available on Kickstarter for people to play, and I got all my friends to tweet about it.

There were already aew press quotes on the Kickstarter page, but I needed a really good statement from someone who had legit cred.

Rami Ismail had played the game so I emailed him and asked him if I could quote him and he said I could, so I put that in there.

My friend, Jacob Janerka, did a game called Paradigm, and he did a really successful Kickstarter that got around A$40,000.

He gave me his Kickstarter password and I had looked at how he had done everything. He gave me so many tips and helped me figure out how to get everything set up.

I feel really lucky to have people around to help.

Even three years ago, I didn’t really have as many people to help me back then as I do now.

There are so many really dumb mistakes I made that are so obvious to me now.

It’s not that I was dumb or stupid back then, I just didn’t know.

I’ve been working with Akupara for about a year.

I think at first, talking to publishers was exciting.I was talking to all these really big publishers and they were telling me things like, “We’re gonna give you 100 grand to make this game” and “We’re going to get it on the Switch” and all sorts of crazy stuff, and I was like, “Wow!”

David Logen, the CEO of Akupara, told me, “We’re going to work you really hard, but it’ll be so worth it.”

That was less exciting.

Still, I ended up signing with them around December of last year.

I met up with Akupara at E3, and at the time I wasn’t sure if I wanted to go with a publisher.

When I was in LA for the convention, I needed to get something to eat quickly, so I got McDonalds and got really ill. I was throwing up all night.

Then, because had to go to E3, I decided I wasn’t going to eat because I couldn’t afford to throw up on the showroom floor.

I was really pale––just gone––David came up to me and asked if I was okay.

I told him I was okay, I just hadn’t eaten in two days, and so he gave me a granola bar and asked if I wanted to sign with Akupara.

They emailed me and I told them I was going to do a Kickstarter instead, so they told me to hit them up after the Kickstarter if I wanted to do a consult.

I ended up signing with them a few months later.

In the end, it came down to Akupara and one other publisher.

I was asking all my friends, telling them “There are these guys from LA, and they seem really cool, and I like them. Every time we have a chat, it’s like we’re talking shit for ages. Or, there are these serious business people.”

In the end, I went with the cool people. “Do what your gut says,” or whatever.

It was almost a process of elimination, but then now looking back it was obvious they were the right publisher for me.

I can compare them with the other people I was thinking about going with and of course Akupara was the best one, but at the time I just didn’t know.

I thought, “Well, I don’t know. These other guys have email signatures and stuff, maybe they’re really good.”

In the end, with Akupara being a bit smaller, I feel like they’re way more invested in the game.

It’s as much their game as it is mine. With a bigger publisher, it might feel more like my game is just part of their portfolio.

Right now, Yoonsang Yu––the marketing manager––has a PC running 24/7 in his house for this live stream we’re doing because I didn’t have a second PC to run all day at my home.

He said he would set one up and give me remote access to it, so he’s just running this PC in his house and I’m doing stuff on it.

We could have gotten a virtual private server and done it that way, but he said he would just run it on another PC in his house.

I also think with some people, you get the sense that when things start to go down, that they’ll start pulling rank, whereas David’s about a year older than me.

I feel like we can talk on the same level.

Before I had even signed officially, David sent me a picture of this arcade cabinet and told me that they were going to make an arcade cabinet for Desert Child.

They’ve done so much amazing stuff for me, and they’re really imaginative and proactive with my game.

The multi-platform release was Akupara’s idea.

When I was in LA for E3 and getting set up, my computer wasn’t turning on. So I had to go to Staples to get an adaptor, and while I was out, everyone went out to eat, and I missed out.

I went to go get lunch and I ended up at this random restaurant by myself. They sat me down next to this guy, and I was chatting with him about things.

It turned out, it was Kirk Scott from Nintendo.

I told him to check out my game, and he said it was amazing and they wanted it on Switch.

It ended up being this crazy, serendipitous meeting that turned out to be really good.

When Akupara asked me if I wanted to put Desert Child on consoles, I thought it would be cool to have it on Switch.

I didn’t realize they meant all the consoles at the same time.

The idea of it was pretty daunting, it sounded like a lot of work, but they’ve handled most of that. I’ve helped with all the things they’ve absolutely needed me for, but the guys doing the port have been really great.

One thing that surprised me was that hiring people to port the game to console doesn’t mean that you’re not going to be doing any work on porting it.

It just means you’re going to be doing less work while they’re doing the things they know how to do.

The guys who are porting Desert Child are amazing, the game probably wouldn’t even be coming out on PC if they hadn’t helped me at certain points, getting it running way faster and stuff.

Every now and then they tell me that there’s a big problem and they ask how I want them to solve it, and I have to sit down and talk to them about it.

Instead of spending around eight hours a day per week, you’re spending a couple of hours every week talking to the people working on the ports.

I realized I couldn’t just be done and pass it onto someone else like it’s their problem now, I’m basically working on this right up until the very end.

They’ve taught me so much about code and how not to do things when someone else has to look at your code later. Things like having consistency with your variable names and stuff like that.

I learned a lot from working with people who actually know how to do this and didn’t teach themselves how to code.

Up until I started working with them, everything I know, I worked out myself. So when someone comes and looks at what I’ve done, they can tell I’m self-taught.

Learning how other people do things, and even if you don’t think that’s the best way, just know that that’s what everyone is expecting.

One thing I’ve learned more than anything is realizing that the further you get into a project, the more you want to just tell people to shut up and do things a certain way, and learning to take a deep breath and realize that if everyone is angry at each other, nothing is going to get done.

I’ve gotten way better at dealing with tension and stress.

Even as a solo developer, none of this would be possible without Akupara and the team working on the ports.

I think people see that I’m a solo developer releasing this game on all these platforms, and they think I’m doing it all on my own.

They don’t realize that there’s a team of about 10 other people working on these things.

I think David and Yoonsang have the hardest jobs out of this whole process.

They’ve had to wrangle all these crazy promotional deals with companies like Xbox, Nintendo, PlayStation, and Steam or getting us into all these different events.

It doesn’t get the same acknowledgement, which sucks because that stuff is so much harder than actually making the game, but the thing I do is the thing that people look at. 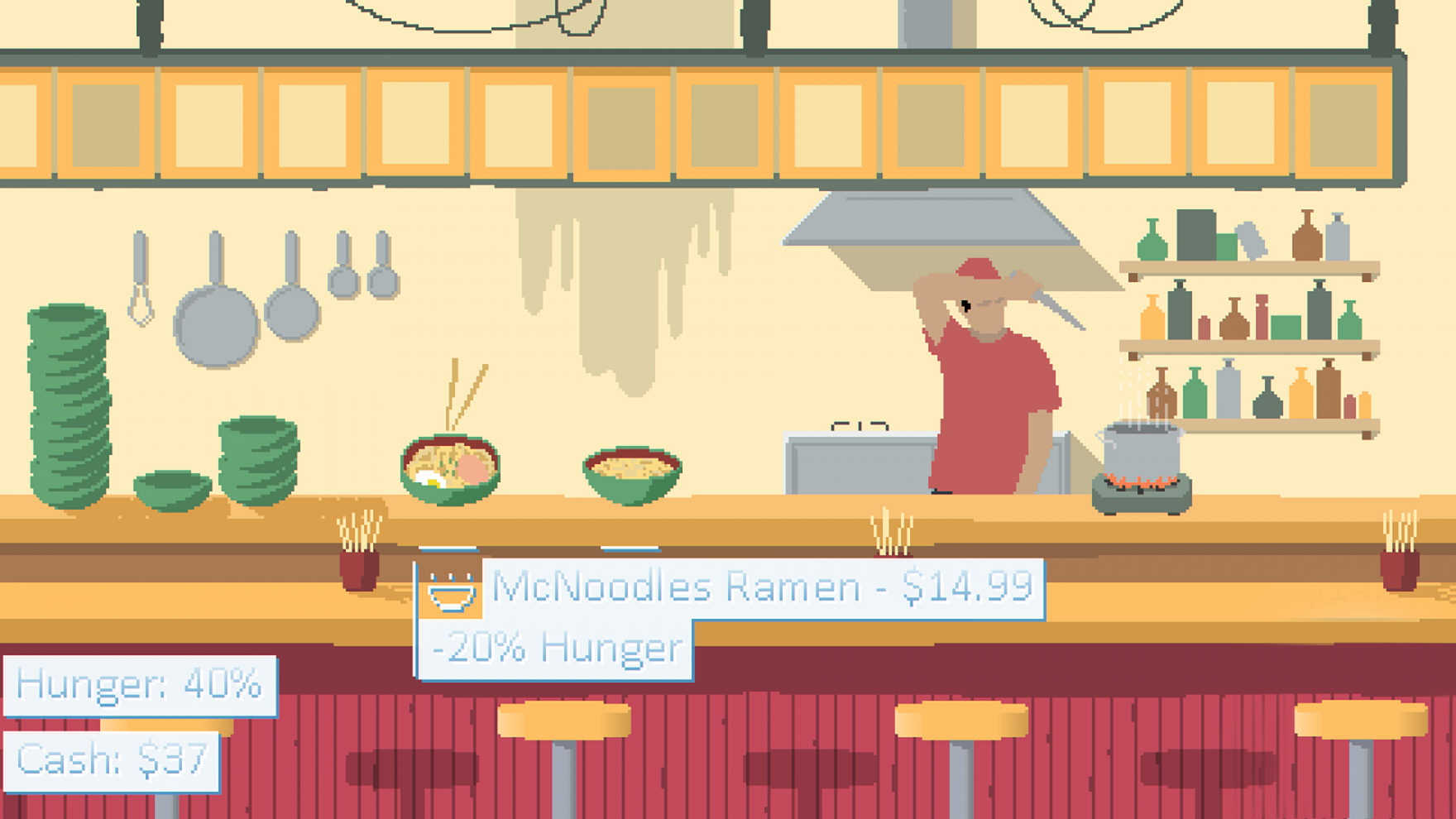 Indie Boost worked with Desert Child to help boost its December 11 release. Verified content creators and press on the platform can request a key for Desert Child: here.