Orcish Inn has an official wiki now! There is also a new update to celebrate that. Besides the right beer, nice tavern interior and proper resting rooms, you have to entertain your visitors with music and slot machines!

Posted by StevenColling on Aug 3rd, 2015

A new update is out! It adds a new satisfaction category called "Entertainment" and requires you to set up jukeboxes with disks found in the wild and slot machines with which you can play, too. The update can be downloaded by starting the launcher or, if you are new to Orcish Inn, right here:

Besides the new version, Orcish Inn has an official wiki now!

The people at Curse helped me to setup an Orcish Inn wiki on Gamepedia. It's already filled with basic information about the game's content and mechanics. Have a look by clicking on the following image: 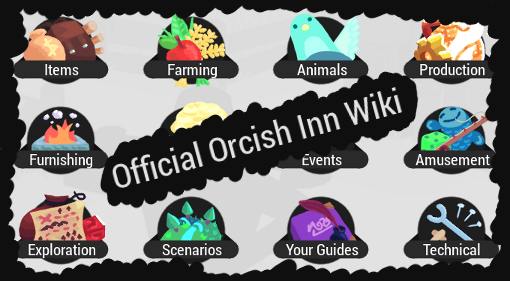 Feel free to contribute, update articles or to translate the wiki into other languages! It's your wiki and with your help, it gets a valuable source for new players. Especially in the "Guides" section, you can show others your strategies for farming, brewing or tell newcomers how to survive the first days on the challenge map without running out of money. You already showed me some crazy pipe layouts, let's bring them to paper:

The full changelog is available here:

The most useful thing you can do for me (besides feedback) is spreading the word! Feel free to share Orcish Inn with your friends, write or talk about it in forums and social media or tell your favorite writers, streamers or Let's Players about the game! You can also subscribe to the newsletter or follow the game on Steam: 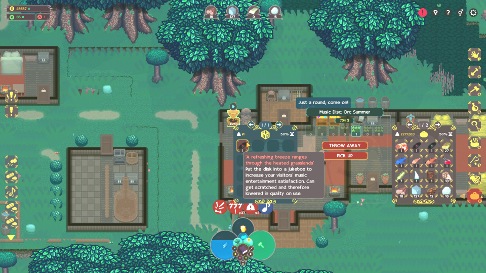 (jukeboxes require one of the three available disks to play; they increase the visitors' music satisfaction and the player's stamina in the room) 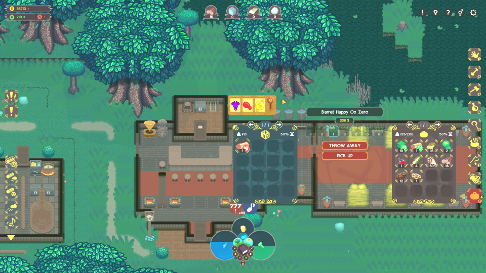 (a click on a slot machine shows its storage and the interface to play a round, or two; different rewards await, including events like a weather forecast or an exploding tavern) 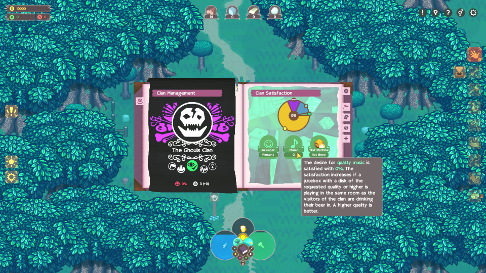 (the new entertainment satisfaction requires you to ensure some presence, quality music and slot machines of the right type)