Orcish Inn got its very own Halloween update, including attacking pumpkins which steal items, a cute ghost pet and many Halloween themed items like little candy or annoying spiders in your inventory.

Hey there! Happy Halloween! The Orcish Inn Halloween update 0.0.17 is already online! Besides some spooky content, including spiders, ghost fish and talking pumpkin lanterns, there are a lot of minor improvements and important fixes. Big thanks to all the people who participated in the Pumpkin Faces event and sent me their own pumpkin faces. They are now in the game! Like said in the previous announcement, I visited the Poznan Game Arena in Poland and showed Orcish Inn to a lot of awesome people. And if you didn't already saw it: Orcish Inn has a proper logo now. Much stuff, but let's head over to the highlights of this update.

Check it out for free and download the Orcish Inn Pre-Alpha from the official website or, if you already played Orcish Inn, with the help of the launcher.

At first: there is a new Halloween mode and a Playground mode you can check out when starting a new game. But if you want to continue with your old save game (tutorial/challenge), just copy over the "savegame_x_0.xml" in the "./orcish_inn_0_0_16/Content/save/" folder to the save folder of the new version. If that doesn't work, let me know as I can fix that! Even your old save games have the Halloween content, but the "Attack of the Pumpking" only happens during Autumn and with a lower chance and strength than in the Halloween mode. There is also a cute ghosty pet you can get, but I don't tell you how, so I'm the only one who can have pets in Orcish Inn. Feel free to tell me in the comments if you were able to get it though (would be interesting to know).

During the attack of the so-called Pumpking, cursed pumpkins start to spawn all over the place. They grow their twines toward all kind of storages with the target to steal items. Better prepare for that and remove twines and cursed pumpkins early. Luckily, you can get your stolen items back, including some new Halloween related stuff as reward. You just have to find the villain and break him with your hammer-axe.

The most useful thing you can do for me (besides feedback) is spreading the word! Feel free to share Orcish Inn with your friends, write or talk about it in forums and social media or tell your favorite writers, streamers or Let's Players about the game! You can also subscribe to the newsletter or follow the game on Steam: 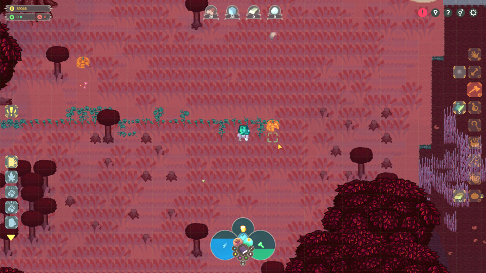 (during the "Pumpking" attack, cursed pumpkins spawn and grow twines which destroy walls and steal items from your storages) 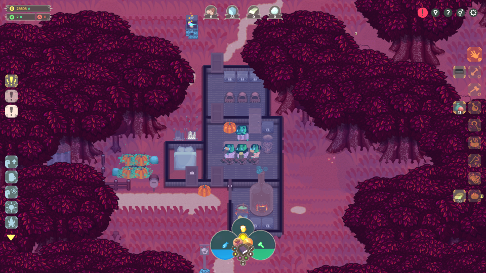 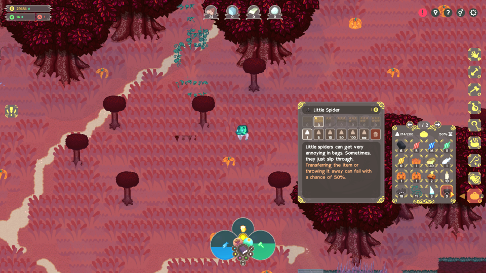 (pumpkins spawn all over the place, containing various Halloween themed items like candy or spiders)