Diplomacy in most strategy games is kind of... meh. Here's how I hope to do better.

Diplomacy and co-op combat are the most-requested features for the game. You want to conquer the skies together, I understand that. :) 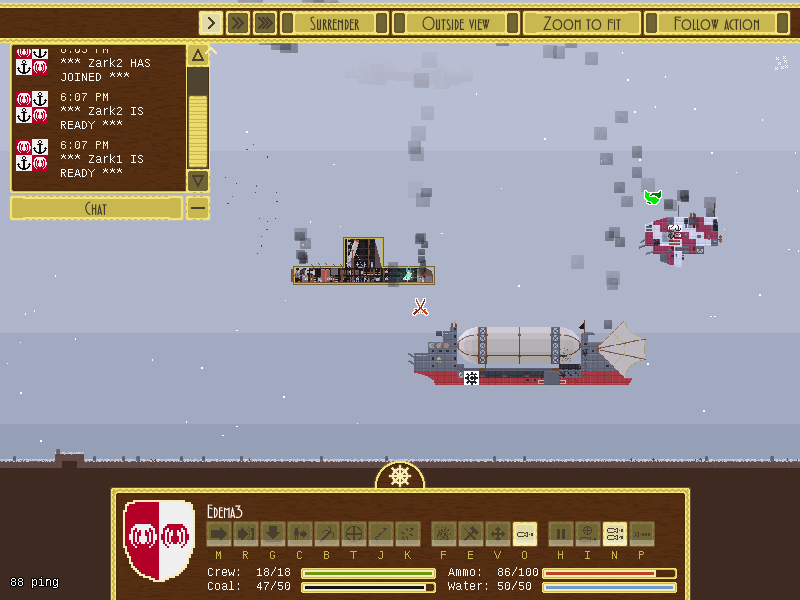 I've been working on making this a reality, which has required a fair amount of re-engineering and game design. Today I'd like to lay out my thoughts about diplomacy in strategy games and the design I'm using for Airships.

I'm probably not alone in finding diplomacy in most strategy games really unsatisfying. The AI will hate you for no clear reason, or love you despite you clearly being a threat. Or it will refuse to make any agreement that isn't massively in its favour.

The core problem is that in a strategy game, you're playing to win. All the other empires are enemies to overcome, which makes diplomacy kind of meaningless. Any agreement you make will eventually have to be broken in the pursuit of victory. It's literally a zero-sum game. 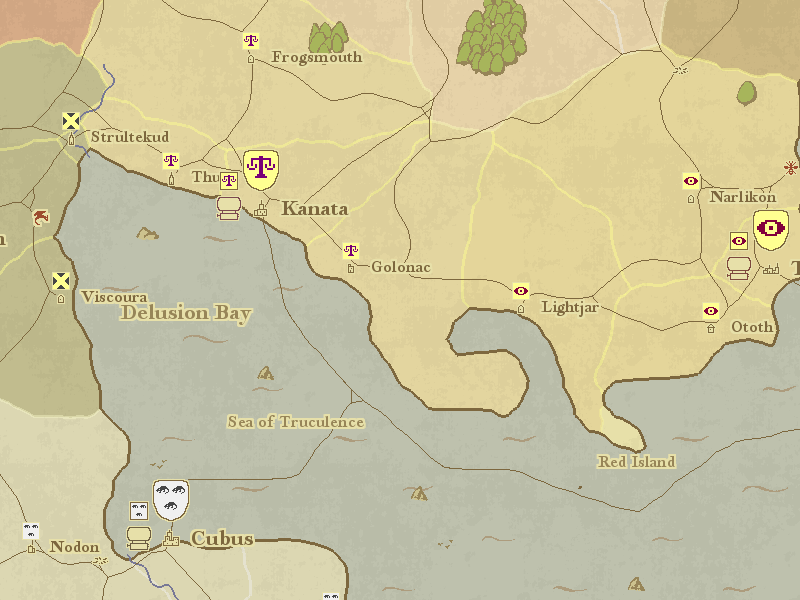 So does the AI know it's in a zero-sum game? Is it playing to win, figuring out the optimal strategy? Or does the AI have simulated emotions, loving or hating other empires based on their actions?

Neither is satisfying. In the first case, diplomacy is ultimately pointless. In the second, it becomes a process of manipulating the AI so you can stab it in the back at the moment of your maximum convenience.

Aside: I worry that when some players ask for diplomacy, what they're really asking for is just the ability to choose when to go to war with whom. The other empires passively lining up for slaughter. I can see that this is nice for keeping difficulty on an even keel, and on the easiest difficulty level, this is fine, but otherwise, surely, we want some more initiative from the AI.

So how do we get out of this problem where neither "calculating" nor "emotional" diplomacy is actually fun to play? We figure out a way to make your diplomatic actions actually matter for gameplay, despite the game being zero-sum.

In Airships, I hope to achieve this as follows:

Each empire has a global reputation score that describes how good and honourable they're generally perceived as. Having a low reputation score makes espionage harder, conquered cities resist for longer, and pirates more likely to attack. A high reputation score does the reverse of all that. 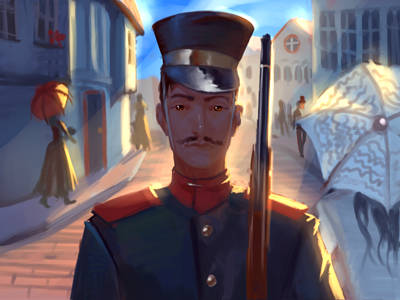 In addition, if you have very good reputation and control more than half of the cities on the map, you can crown yourself emperor and win the game like that. The coronation takes a while and can be disrupted, but it's an alternate victory condition for people who don't enjoy crushing every last piece of resistance. 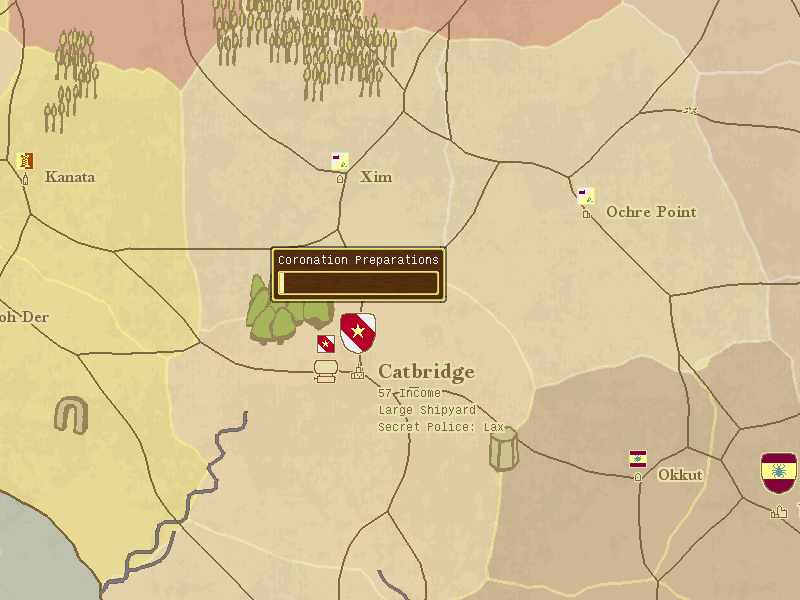 How does this tie into diplomacy? Well, declaring war in and of itself doesn't cost you reputation. Airships is set in a fantasy version of the wild and wooly days where war was considered a perfectly healthy thing to get up to, good for the digestion and all that. But breaking treaties, that's what costs you.

For example, the difference between just being at peace and being in a non-aggression pact is that you've promised not to attack each other, and you're backing that promise with a chunk of your reputation. The stronger the bond of a treaty, the more reputation you lose if you break it. So declaring war on an ally will cost you a lot of reputation.

It's breaking your word that decreases your rep, not war in and of itself. If you never make any treaties, your reputation can't be damaged - but everyone's also free to attack you.

And note that it's perfectly possible to win with really low reputation - you're just playing as the bad guys conquering the entire world. 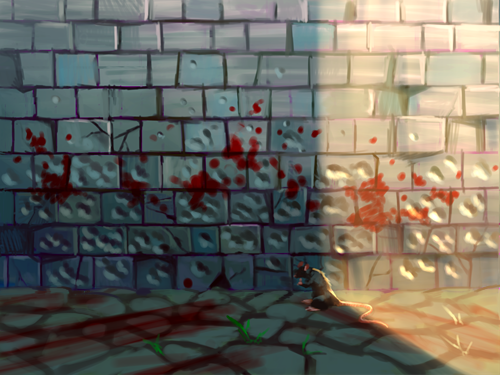 So how do you improve your reputation? Slaying monsters, defeating pirates. 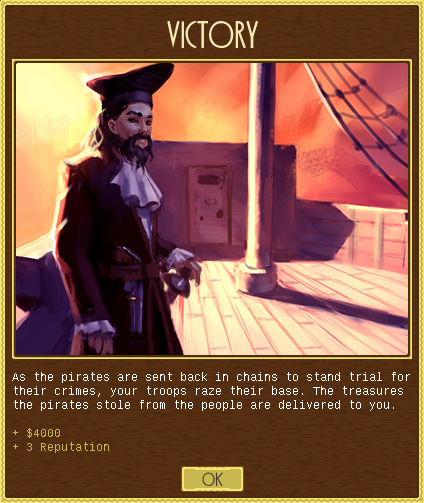 The other mechanism that complements reputation is grievances. When you do a bad thing to another empire, you lose X reputation, and you also cause X grievances with that empire. The other empire can now retaliate and have its grievances subtracted from the reputation loss it would suffer.

Here's a rundown of all the diplomatic options that are currently planned. Note that as always, these are things I'm still working on, so they are subject to change.

These all cost some rep to break, too.

I'm in the process of gluing all of this together now. Diplomacy logic, the user interface, the new game rules about combat, and the AI to actually understand and act on these concepts. It will be a while yet, but I hope you enjoyed this overview. 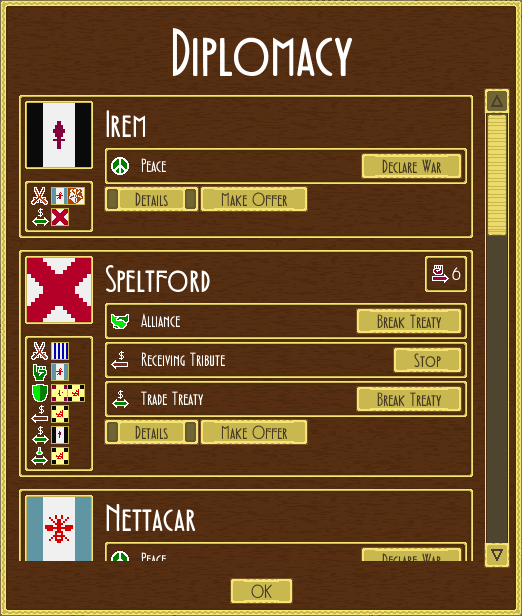 Looks cool, had no idea you still work on this

I just haven't been posting to IDB a lot because it's tedious to format posts for it, and many posts end up being archived for not having enough pictures.