Before you start the game you can choose between different classes, for the moment it is the same class equipped with different weapons.
The choice will last for the whole game.

*This is temporary system, will soon be replaced with new selection menu directly into the game, so you can change class during the match. (at the time of respawn)

The class "defender" will now be able to use the machine gun, a weapon from reduced damage but very fast. Very effective in close combat.

The shadow class can now use the knife, devastating in close combat, but useless from a distance, can 'only hit a very short distance.

The rifle is a review of the classic weapon available for both factions, it has a slow rate of fire but it causes a lot of damage.
The version for the guards have a more larger magazine.

This option replaces the old "quad damage", the damage is only multiplied by x2, due to the highter starting damage.

Now the weapons have a limited number of shots, once finished you will need to reload your weapon by pressing R.
Each weapon has different sized magazine.

For now, the magazines are unlimited, in the future you will have only a fixed number of magazines, and you will be able to collect them in different ways during the game.

*All these innovations are in WIP and in the testing phase, significant changes will be made in the next stages of development.

Download "Of Guards And Thieves" for WIN - MAC - LINUX 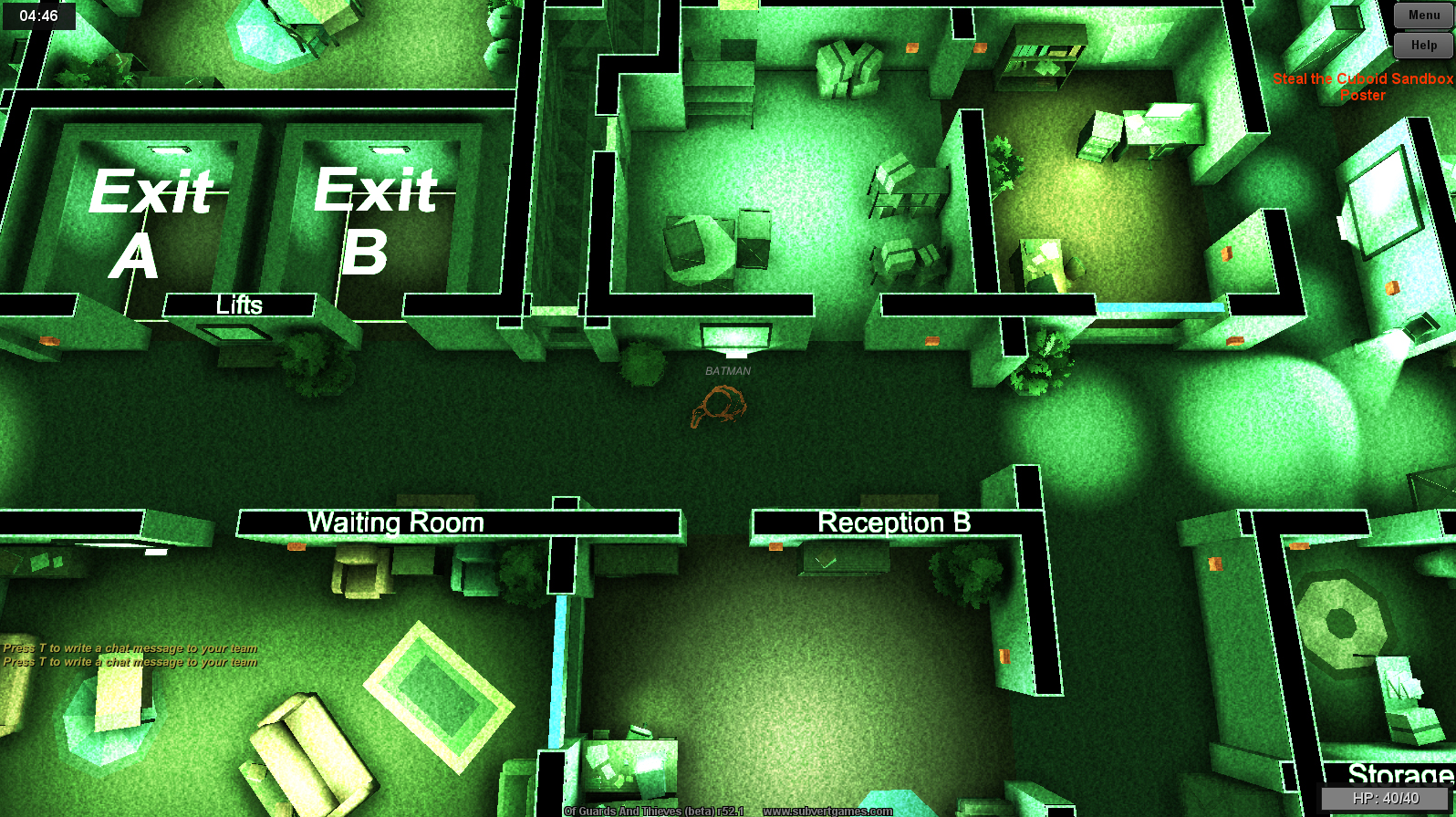 *User goes crazy with the Knife.

Really need a campaign for this. It could get a lot more notice by youtubers, and a larger following.