Find out a lot about upcoming multiplayer features in USC!

Ultimate Space Commando puts a great emphasis on multiplayer features. As a turn-based game with a reasonably low "time per turn" factor (meaning players don't spend tens of minutes per turn due to the low number of units and limited Action Points), the classic HOT-SEAT mode is always available! Either you're alone but want to command more than 4 units or you're with your friends and look forward to a challenging co-operative action (any kind of Single Mission or a Defend the Base! session--but the Campaign will also be available for co-op once ready), you can always set up a game with multiple squads. You can even have a PvP in hot-seat mode, if you don't mind the restrictions to "hidden movement" coming from not using a network. 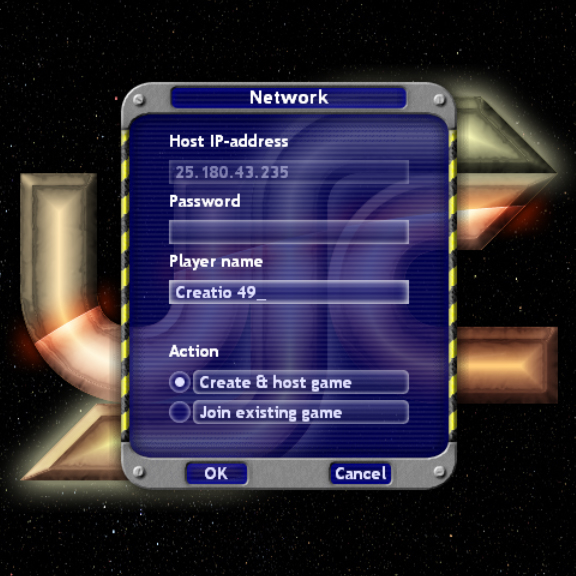 But, of course, a Player versus Player session is best when you are facing a truly "other player", and all Fog of War and "sudden strike" features and the sight mechanics work as intended! Or you DO want a co-op, but your friends are far away, or just using another computer! USC features a "pure" TCP/IP protocol based network game mode. One of the players--the Host--creates the game session, and gets to set the mission parameters. The others then are able to connect to him/her simply by specifying the proper IP-address (USC automatically retrieves it for the Host, so they can tell it to their friends). They are automatically logged in to the running game session, can set up/load their squad, and when everyone's ready, the mission will commence. You can use your locally stored squad files, there's no need to send it to the other participants beforehand! 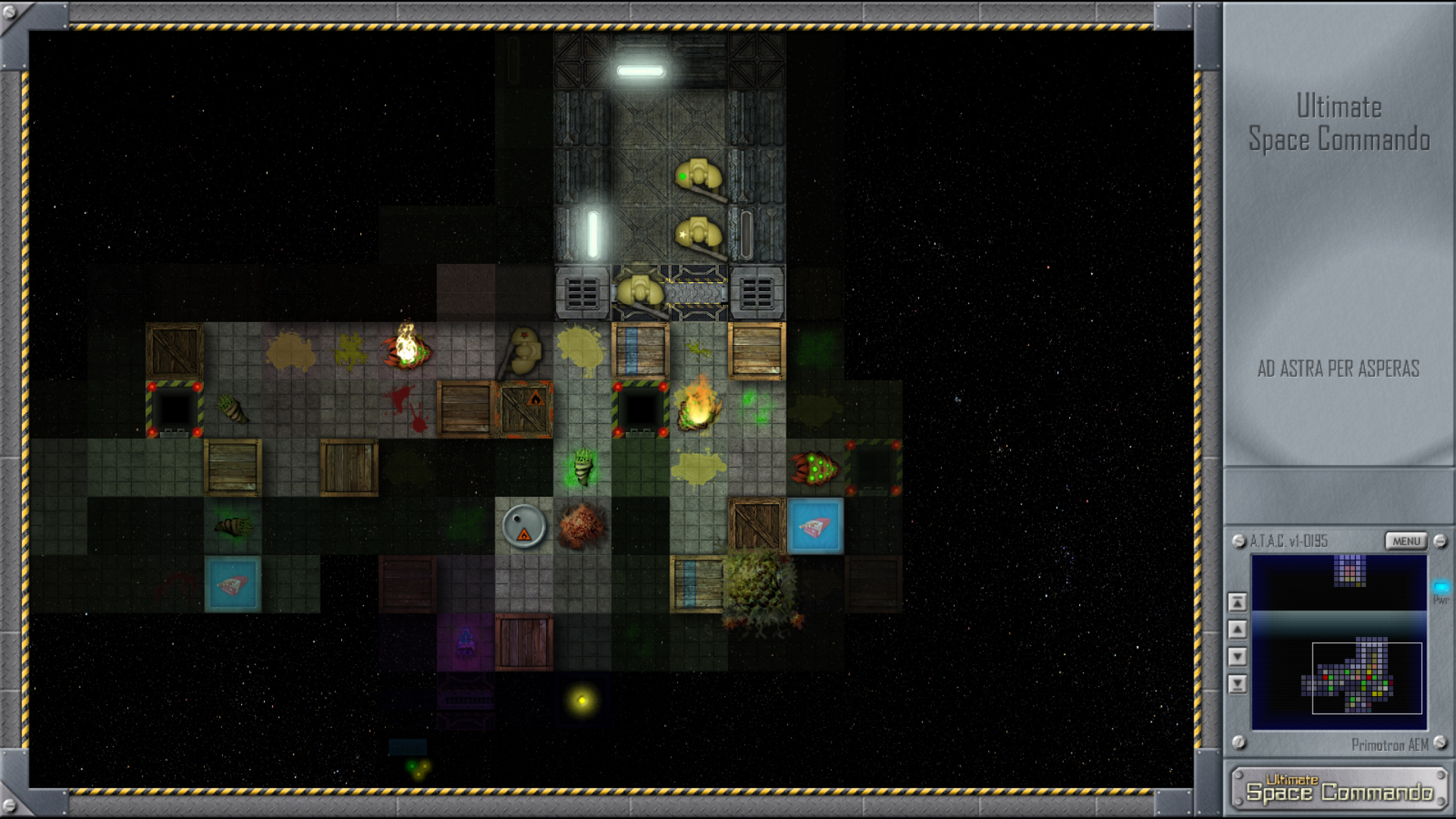 A built-in chat interface is also available for your ease! Once the game has started, you don't need to use a phone or internet-based form of communication while playing the mission! The USC chat window supports private messages (visible only to the one recipient), team messages (visible only to your allies in case of a Team PvP), public messages visible to all players, and a "reply to last private message" feature. The chat window can be toggled on/off, and the name of the sender is always shown in the appropriate team's color. Even when it's your opponents' turn--be it a friend or the AI--, you can discuss tactics.

In the upcoming Beta, two major types of network game will be available: Single Missions and Defend the Base! sessions. The latter are co-op by definition for 2-3 players (and are naturally available as a single player mode, too). Single Missions can be "virtually anything". You're free to mix up all mission, map and objective parameters. You can set up a 1-on-1 or 2-on-2 PvP, or even 2 against 1! Still not challenging enough? Throw in the aliens as a bonus! Or give both you and your human enemy a loyal alien AI horde that will not attack you, but him and his alien buddies! You can set various objectives independently for each Team: Seek & Destroy with various sub-objectives, survival, data extraction, to collect valuable objects or to reach the exfil zone. Secondary conditions can be also applied, e.g. "without casualties", or "acquire the Rubber Ducky!" ;-). Imagine 4 squads all enemies to each other, but their victory requires more than killing! 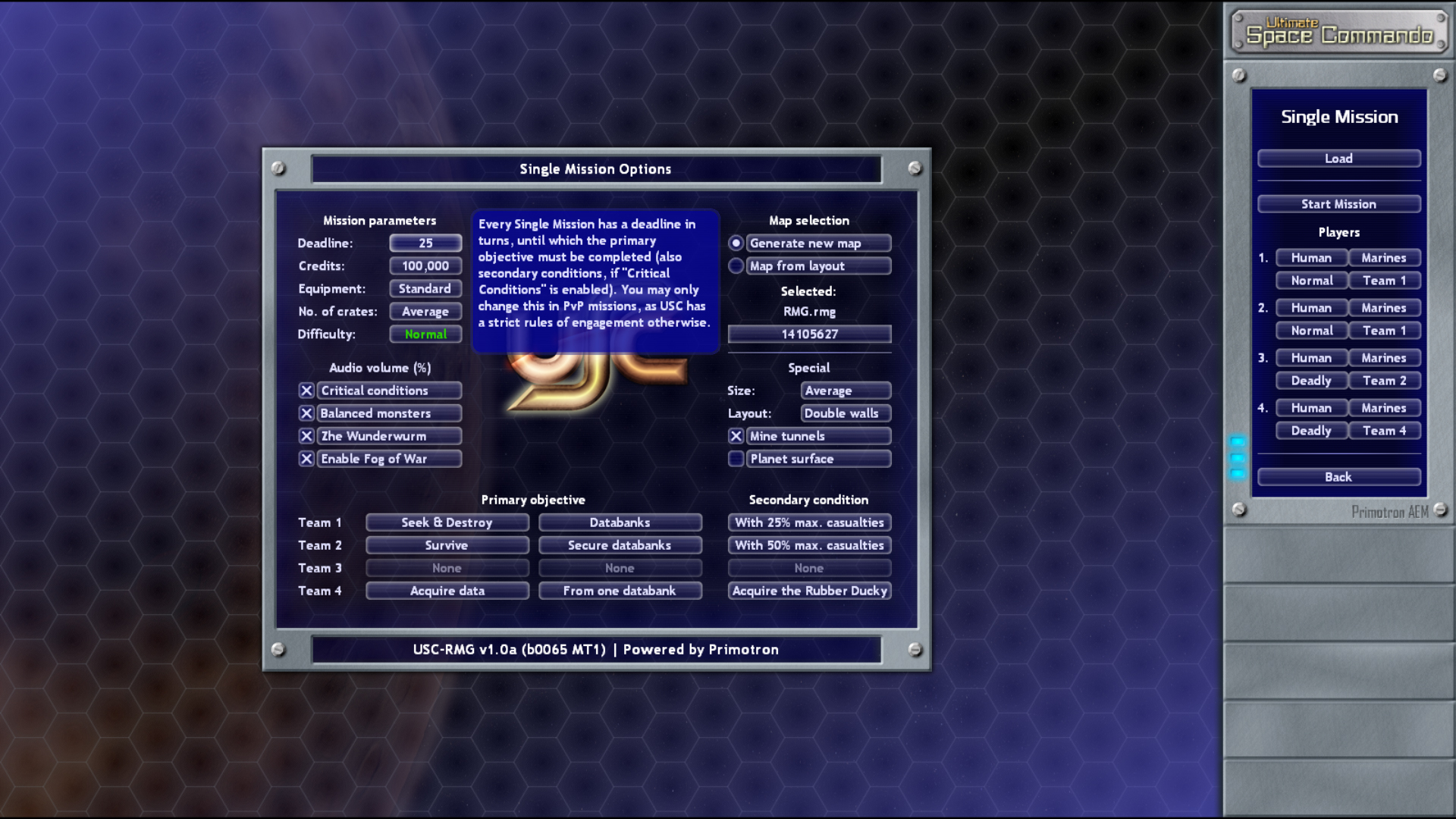 Giving life to a multiplayer feature this complex is no small task. And yet, it is now generally COMPLETE and PLAYABLE with all features. My development strategy was to always polish the core gameplay experience and balance before adding new content. Health values, weapon damage, the amount of things you can find, the behavior of the AI, armor rates--and so on. Thanks to this, the game is really balanced, both the PvE experience (SP and co-op), and any kind of PvP. There's only one change in rules when it comes to PvP: every unit's Health is doubled to prevent "one-shotting" and to stir up the tactics required a little bit.

Despite all this, the network mode is not FULLY complete yet. A lot of testing remains, and a lot of feedback is needed. I can test it on a few machines only, with limited time to try out every possible scenario that may emerge in a network game session. It is the challenge of the next few months to hone out every single little bug and to improve the USC network game mode to the level of "perfection". Along with this task comes the implementation of the Campaign mode, which will be also playable in hot-seat and in network mode.

But as for the offline single-player/hot-seat co-op features, Ultimate Space Commando is READY! (And that does not mean we completely finished polishing it or we don't have a lot of cool features in mind to add in the future!)

Keep your eyes peeled! The Horde is coming very SOON!