Work has been completed on the basic input system and now we're making plans for a graphical update to the UI before moving on...

I did some testing on moving around the generated dungeons using our current input system.

Move actions are taken by clicking on one of your GuildKnights then dragging a path. Units were originally limited to taking one move action at a time, but this proved to make moving around a party of four a bit of a chore. I changed the system for managing move actions to dynamically allow a unit to use all of their remaining actions in a single move. This doubles the distance that a unit can be moved with a single click-and-drag action and makes things move along a lot faster. 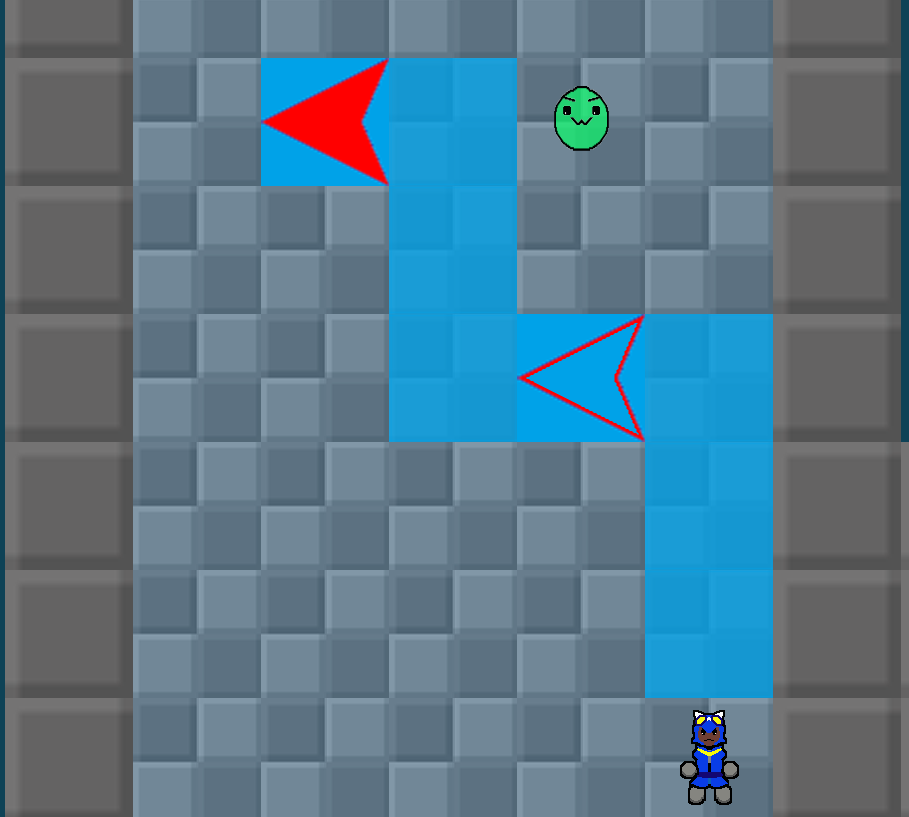 Now that a lot of the basic navigation functionality is working, I’d like to take some time to spruce things up a bit. Right now, all of the art assets in the game are placeholders and I’d like to start working towards the final desired style for the game. For the next big task, I’m planning to implement updated UI assets. Here’s what the basic map UI looks like now: 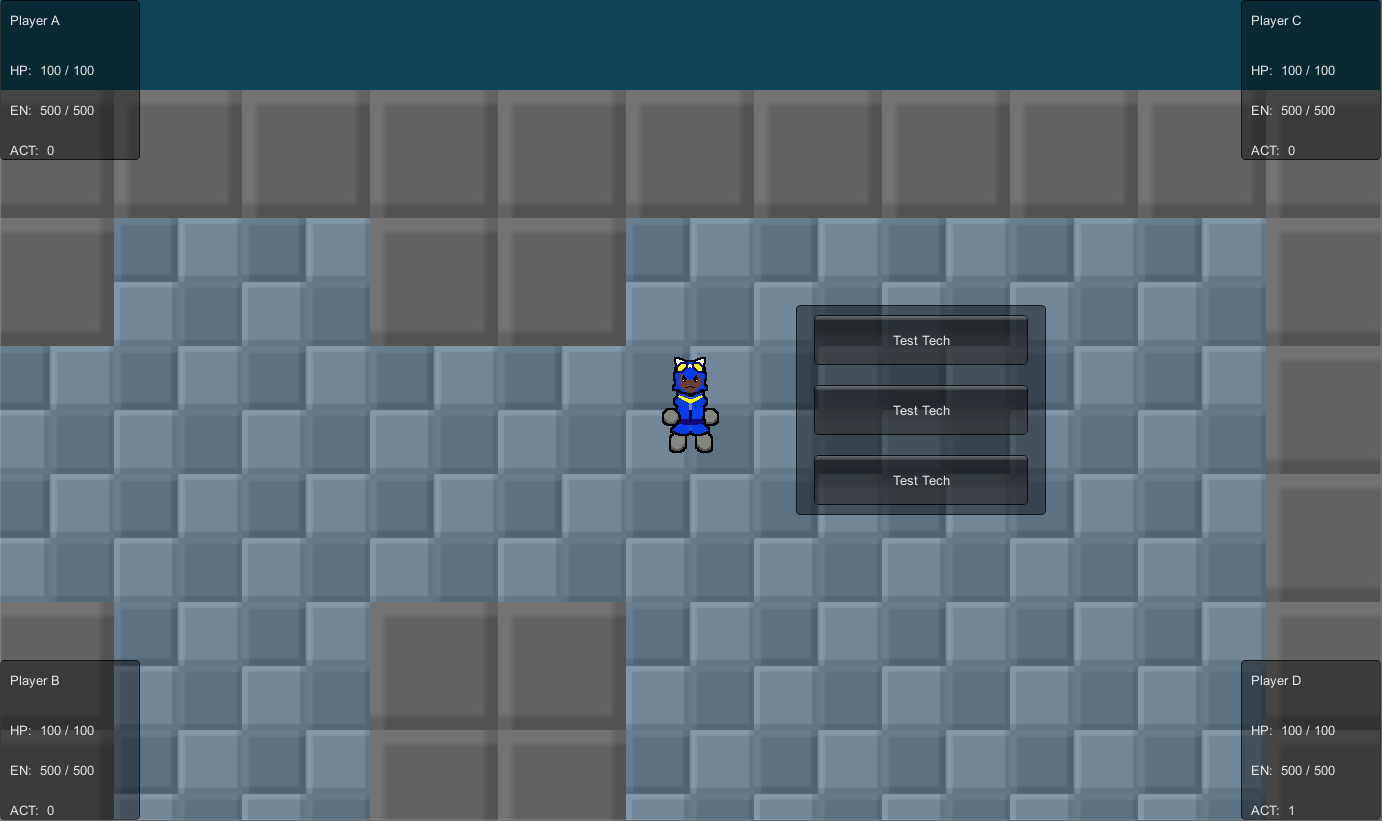 Now, here are a couple of mock-ups for the updated player character card and the action window styles: 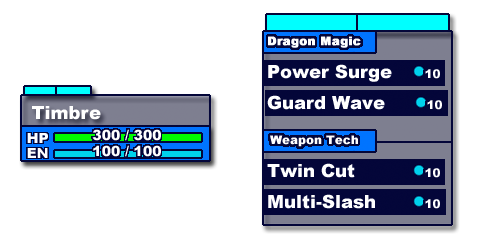 The initial release of GuildKnights will include a Japanese localization in addition to English, so I’ll probably go ahead and set up a system for managing the language swap as well since a handful of new menu strings will be getting added with these updates. Once all of this interface work is done, it’ll be on to monster AI!