Hey guys! I've just published the latest changes to Morterra, here's what's new:
- Fixed the camera rotate bug (If you experience any lag with the camera, you can also disable hover text in settings)
- Fixed player hit boxes
- Added mouse sensitivity setting
- Added jewelry - gems are a very rare drop and jewelry can be crafted on alchemy tables
- Gold necklaces stop level decay (player won't get hungry/thirsty)
- Ruby necklaces make food add to health and health regenerates faster
- Diamond necklaces make weapons/tools/armor not decay when used
- Emerald necklaces basically give you a second roll at the mining drop table if you get an aluminum/iron drop (2x rare drop rate)
- Crowns can be crafted and have the perks of all of the jewelry combined (in the future it will have more meaning: show on map, taxes, high score for time equipped, etc.)
- Crossbows
- Bows received a buff
- Pickaxe raiding has received a small nerf
- Weapon attack radius has been improved drastically
- Weapon strength now accurately reflects the damage dealt on a naked opponent
- Flags now take 7 days to start decaying
- Flint & steel item has been added for multiple firemakes
- Hit markers now float independently of player models
- A red screen hit indicator now exists in the UI to signal when you've been hurt (in the future we will add directional hit indicators)
- Death screen now shows who you were killed by
- Added a public dev server for players to test out PvP and future updates. Chests spawn throughout with various valuable loot. 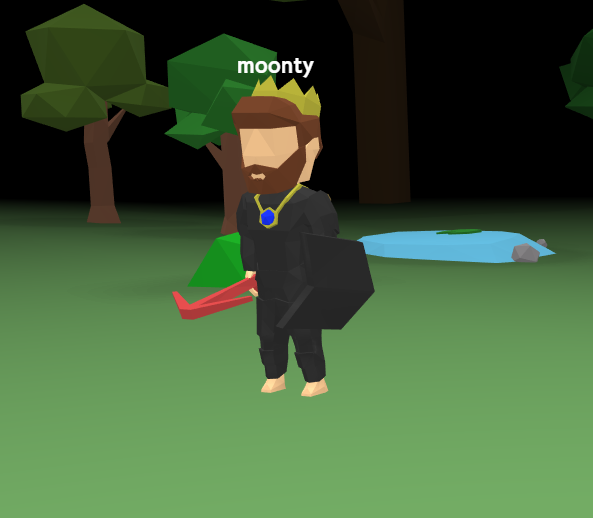 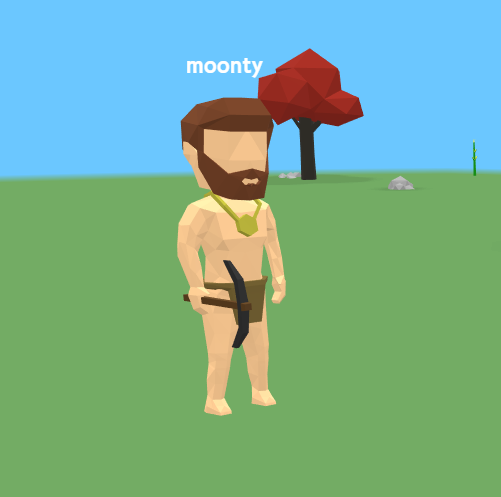 First player to craft and wield a crown (with proof: send a screenshot to the discord), will have their account be the first account listed on our future Hall of Fame page. This will be a page that is filled with various accolades that we choose. Eventually the game will consist of "seasons" where an individual or clan will win and be added as the winner of that season.