We released a new Update to our game today. We added Multiplayer a combat system and alot of other cool features. Check it out and tell us your opinion.

Connect with up to 8 players and fight together or against each other. 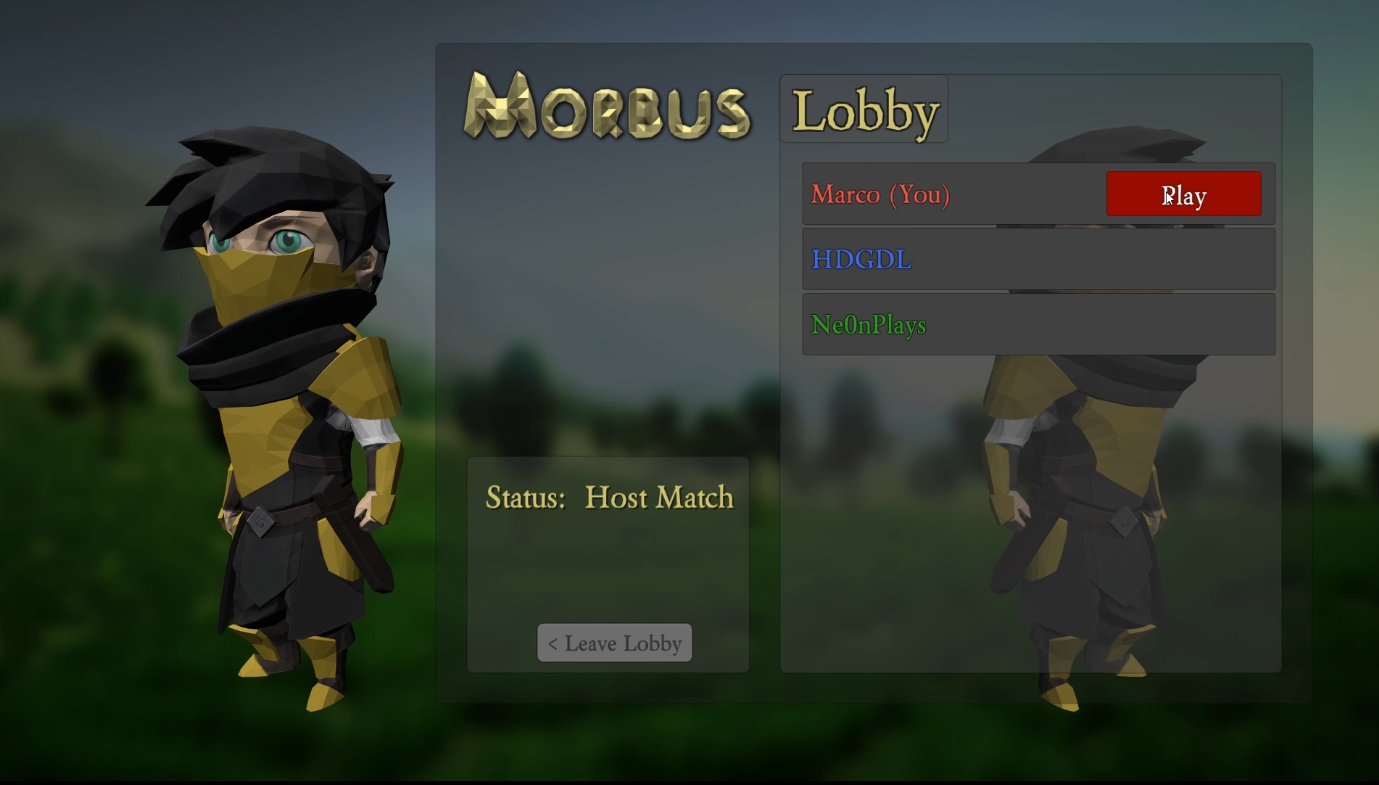 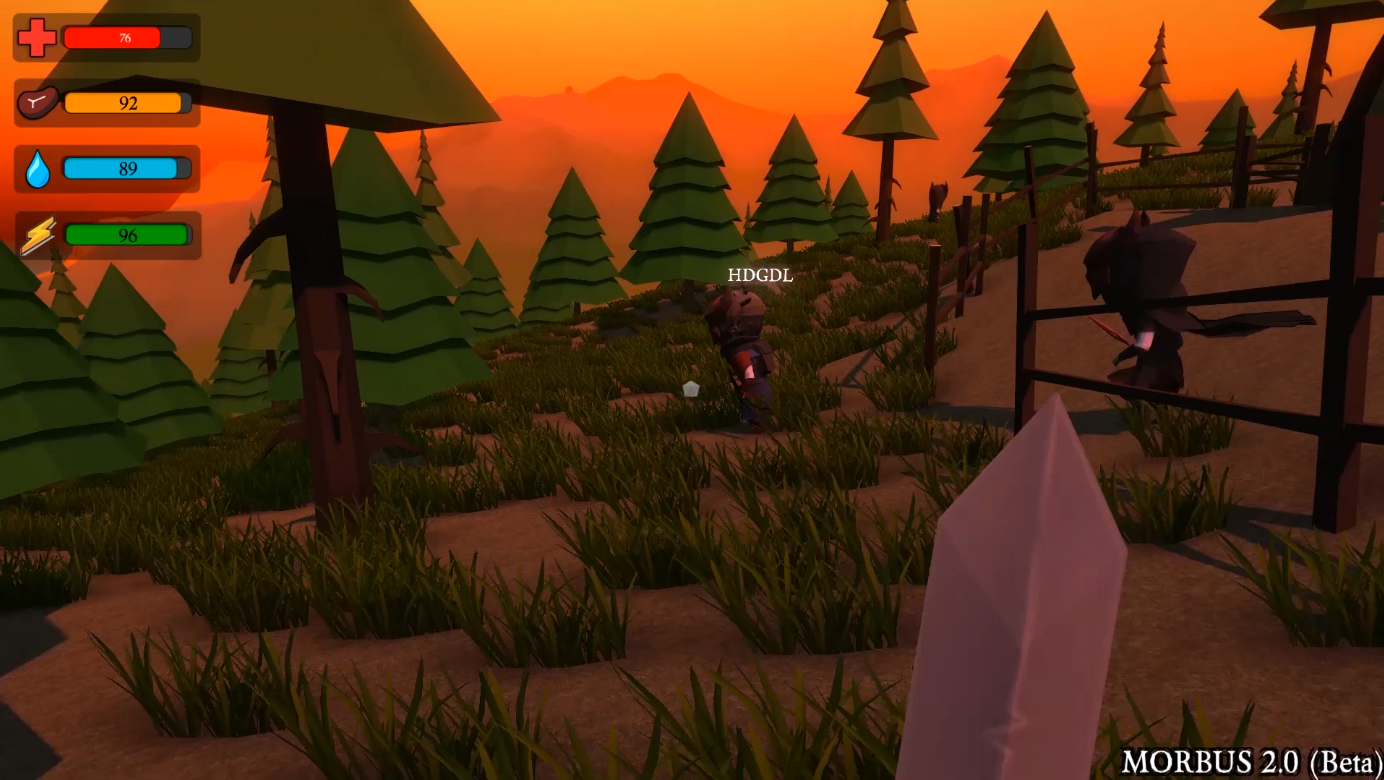 You can use different swords, bows and shield: 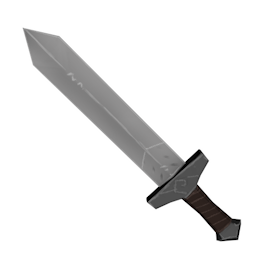 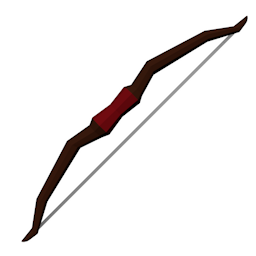 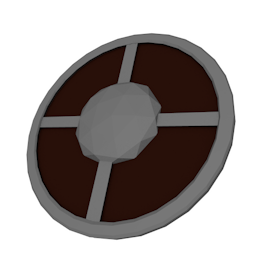 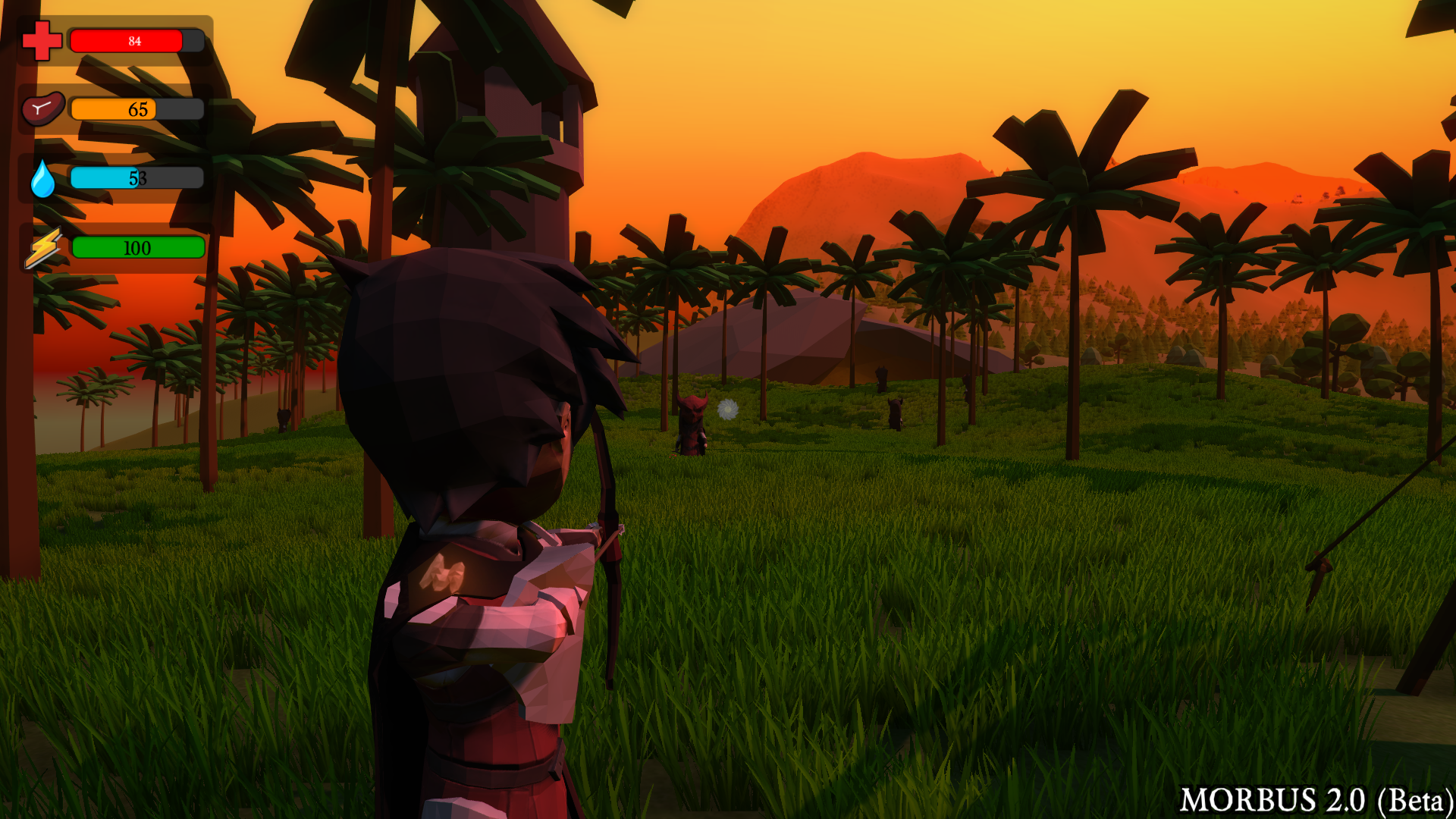 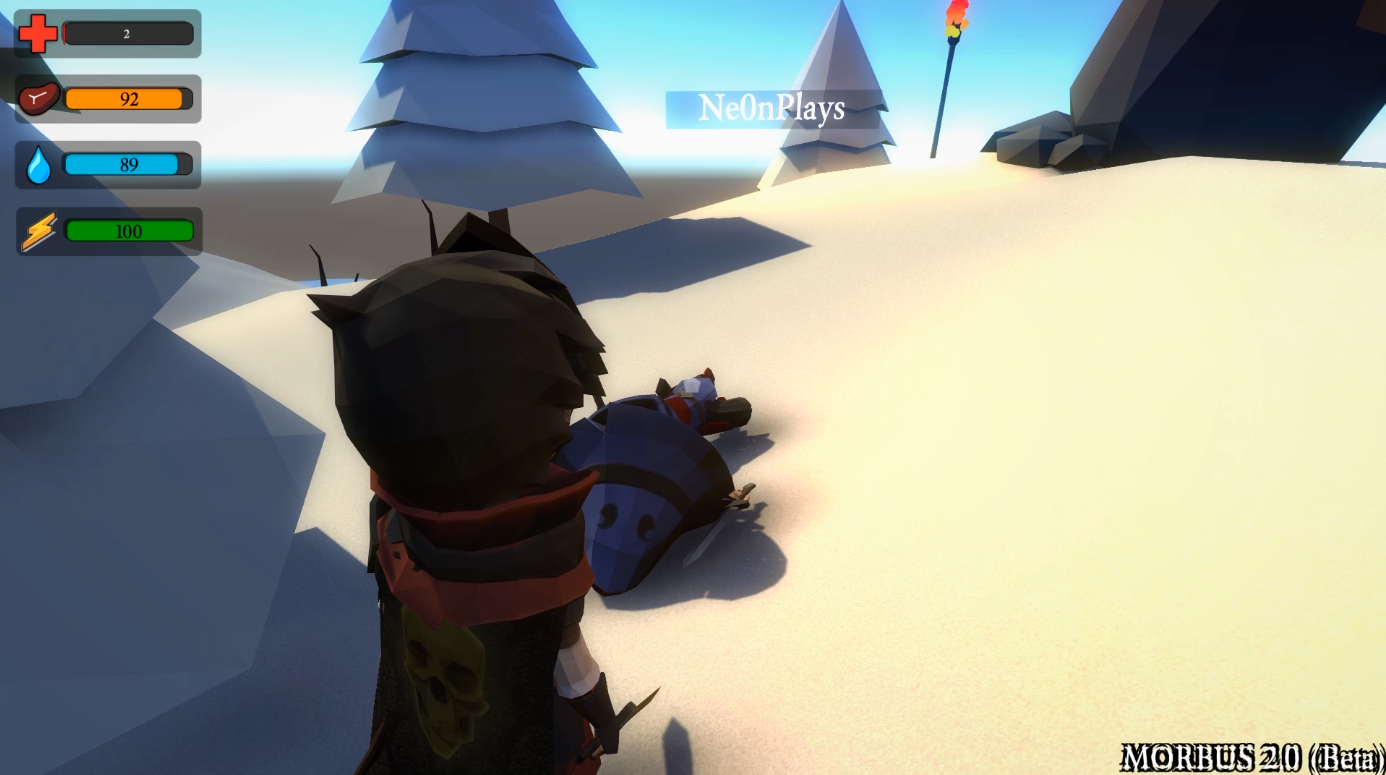 SWORDS deal alot of damage, but you can only use them in a short range to your enemy.

SHIELDS can only be activated for a short time. If a player attacks you quickly press CTRL and youre shield will be activated for a half second. If the player trys to hit you in this time period you wont receive any damage and can counterattack with a strong sword hit.

POINTS can be earned by killing monsters or players. (Monsters: +10, Players: +250). Currently you can use those points to buy new clothes for your character in the character customization screen. But later we also want to add a place where you can buy crafting recipes for very powerfull Items. 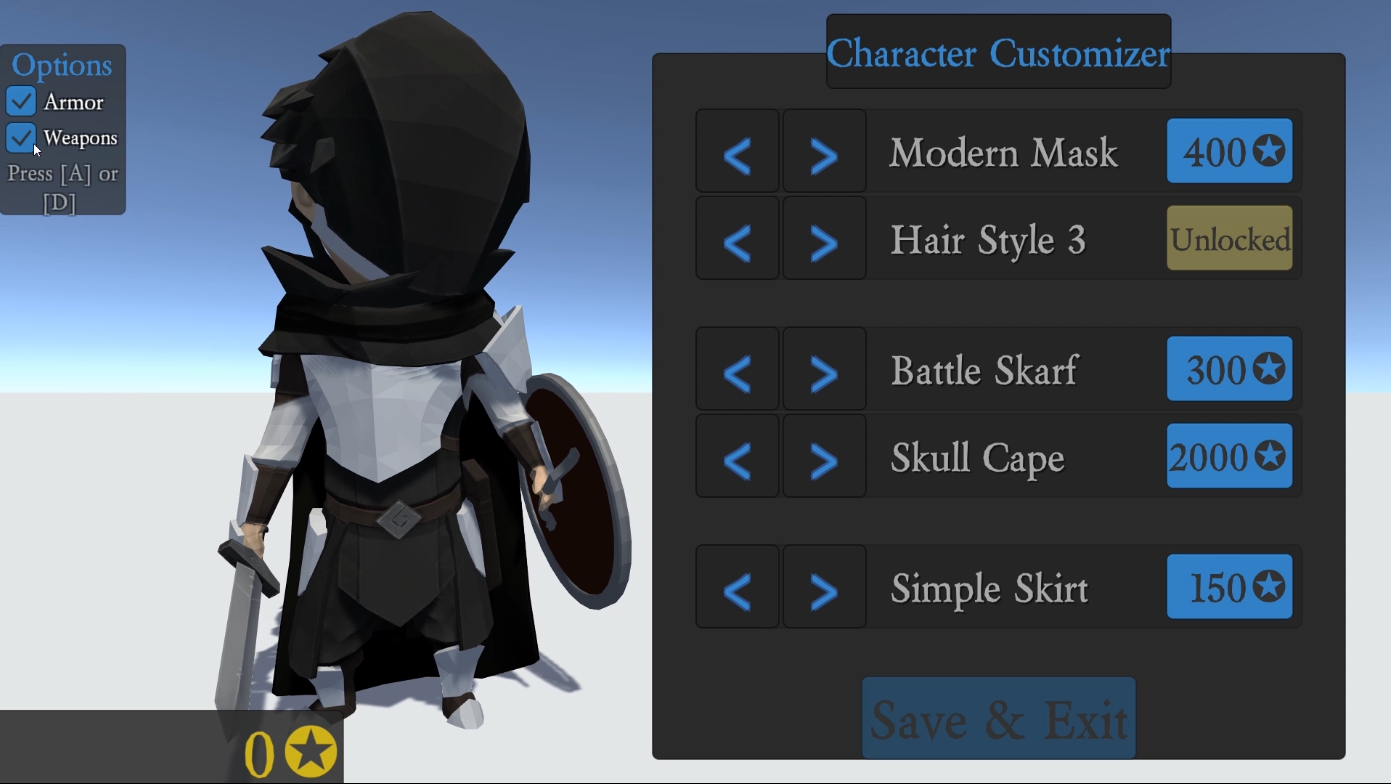 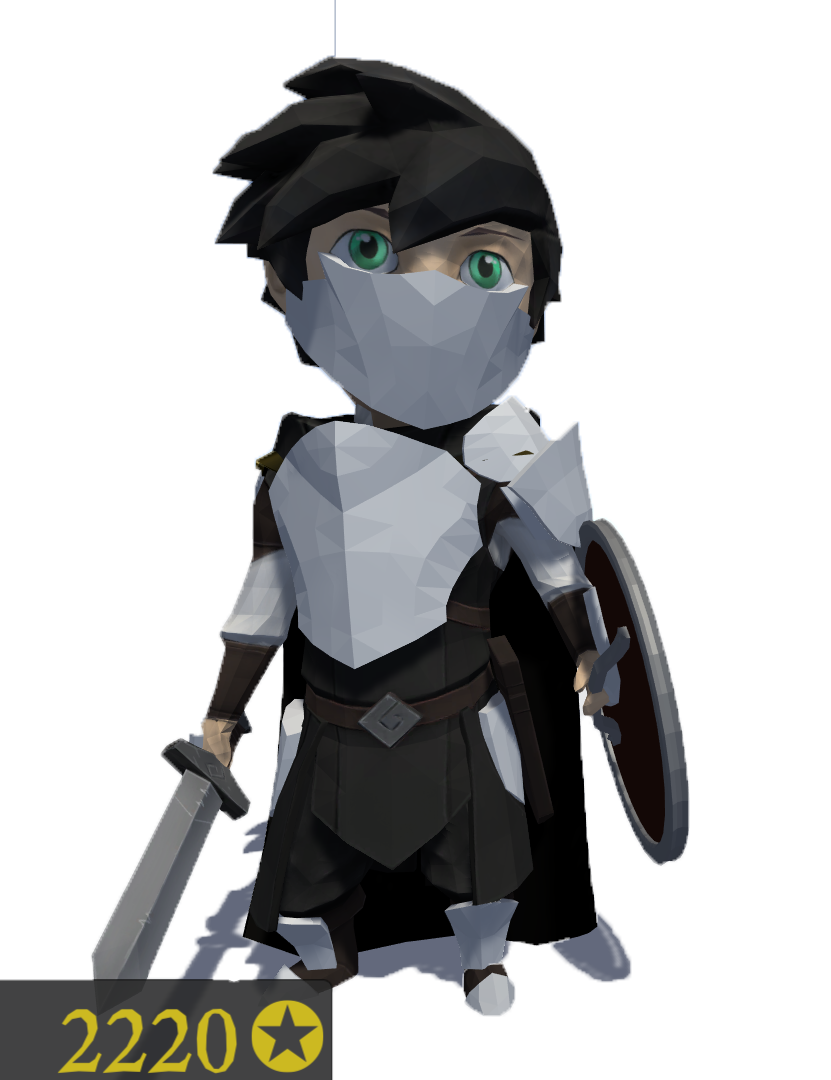 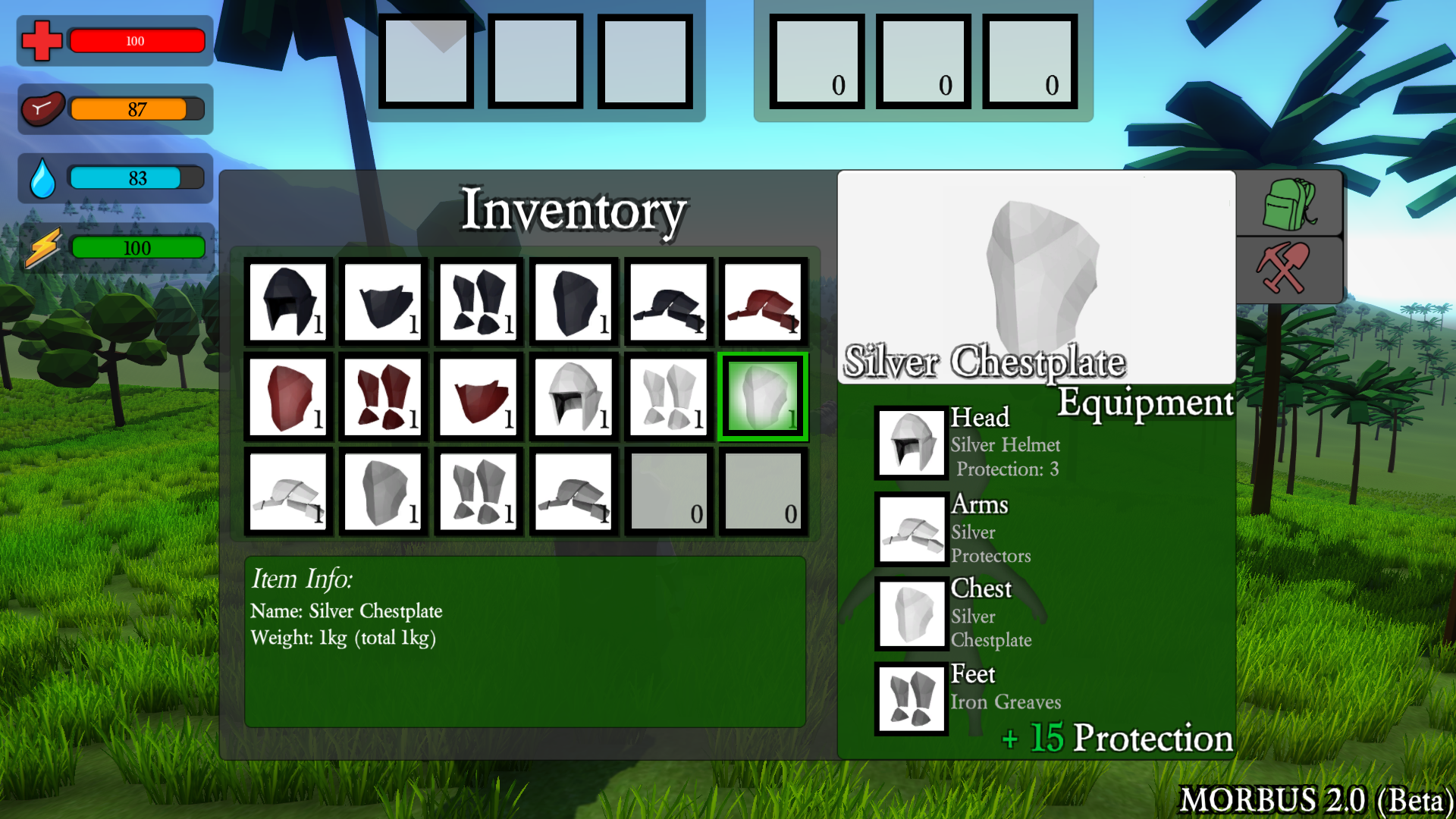 PROTECTION: When you equip more powerfull armor the protection value increases. Protection absorbs damage that you receive (DAMAGE - (DAMAGE*(PROTECTION*0.01))). For example when you have the protection 50 you absorb 50% of the damage.

EQUIPMENT SLOTS: You can equip armor to 4 different body parts. Head, Arms, Chest and Feet. The chest and arm slot often are giving the most protection.

There are hidden treasures all over the map, which can contain rare and powerful Items: 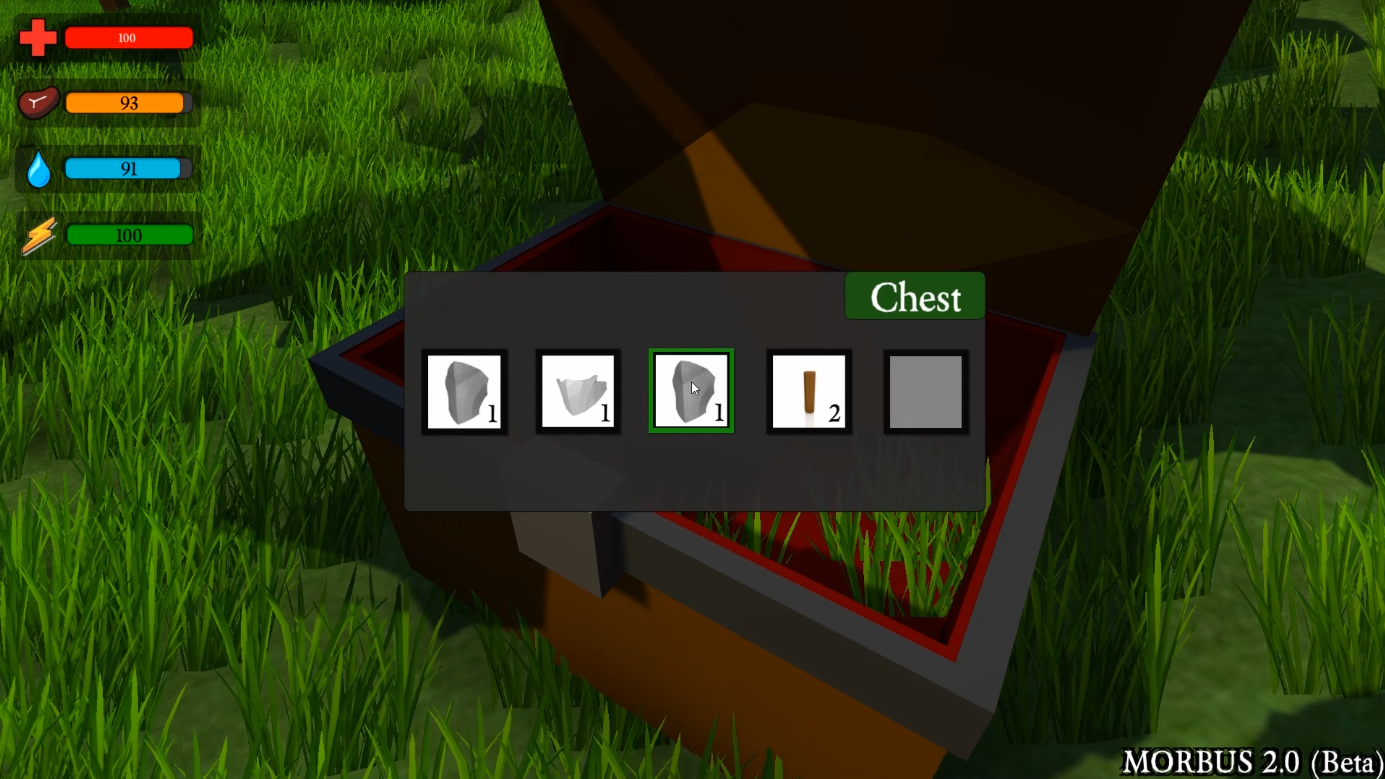 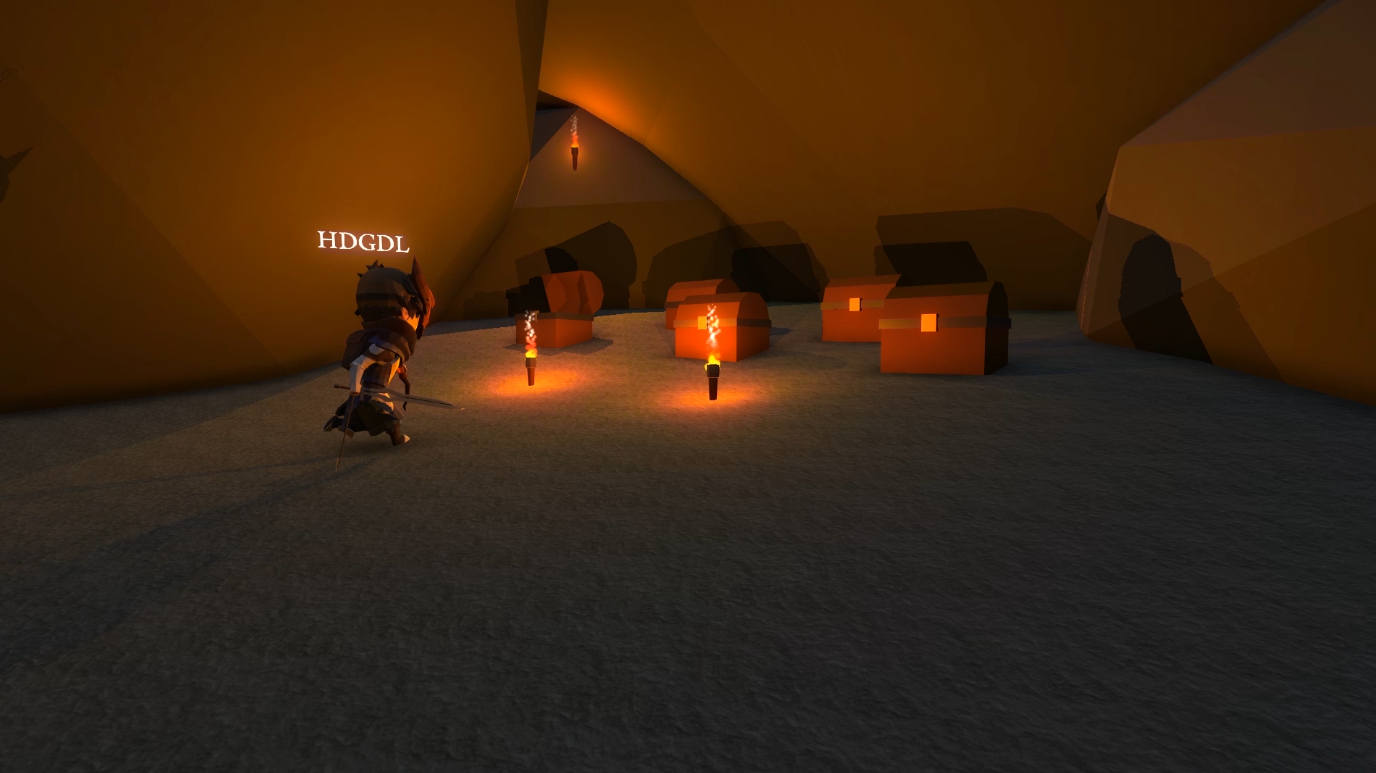 CHESTS can contain up to 5 different Items. To open a chest you have to get near them and press E. To collect the Items you simply have to press on their icon.

Chests are not placed directly onto a field. You can only find them in caves or buildings.

The Map is also filled with alot of recources. Collect them and craft new items. 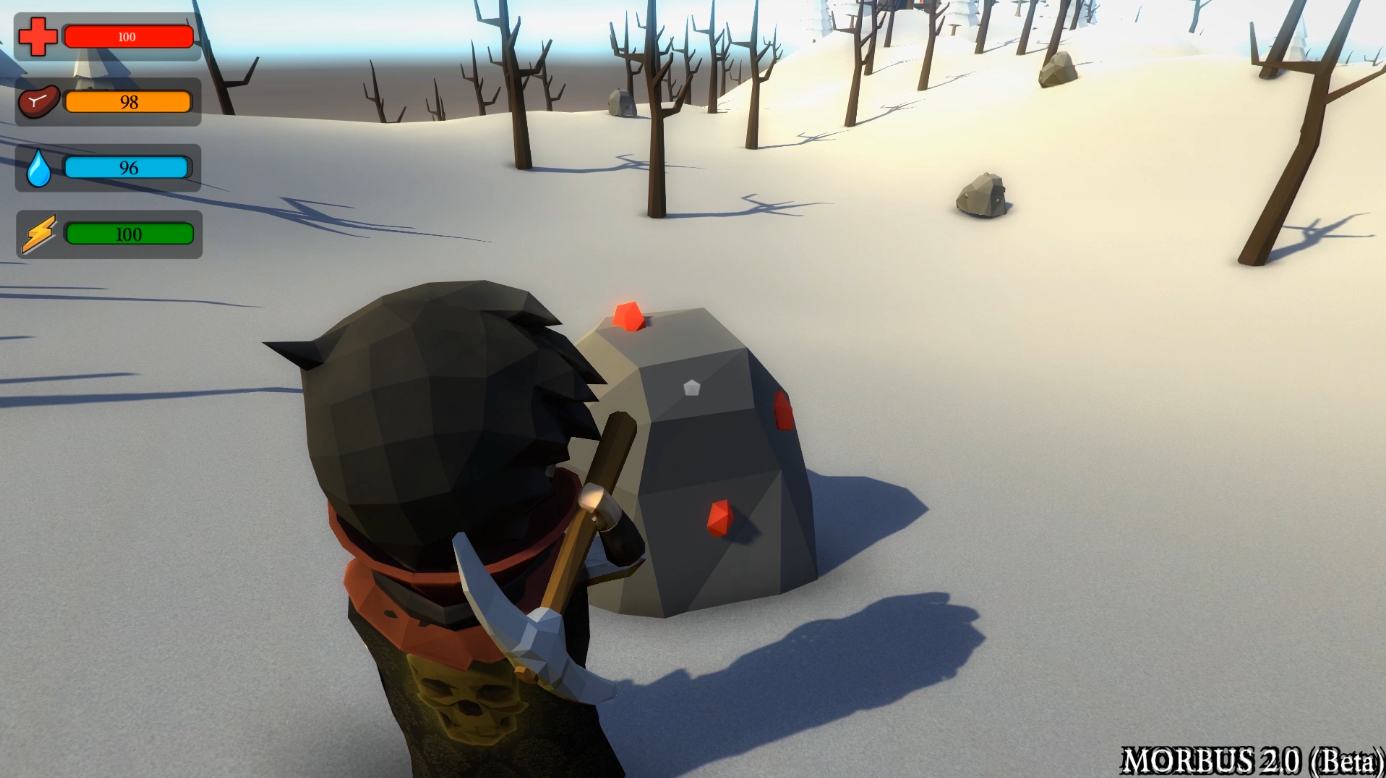 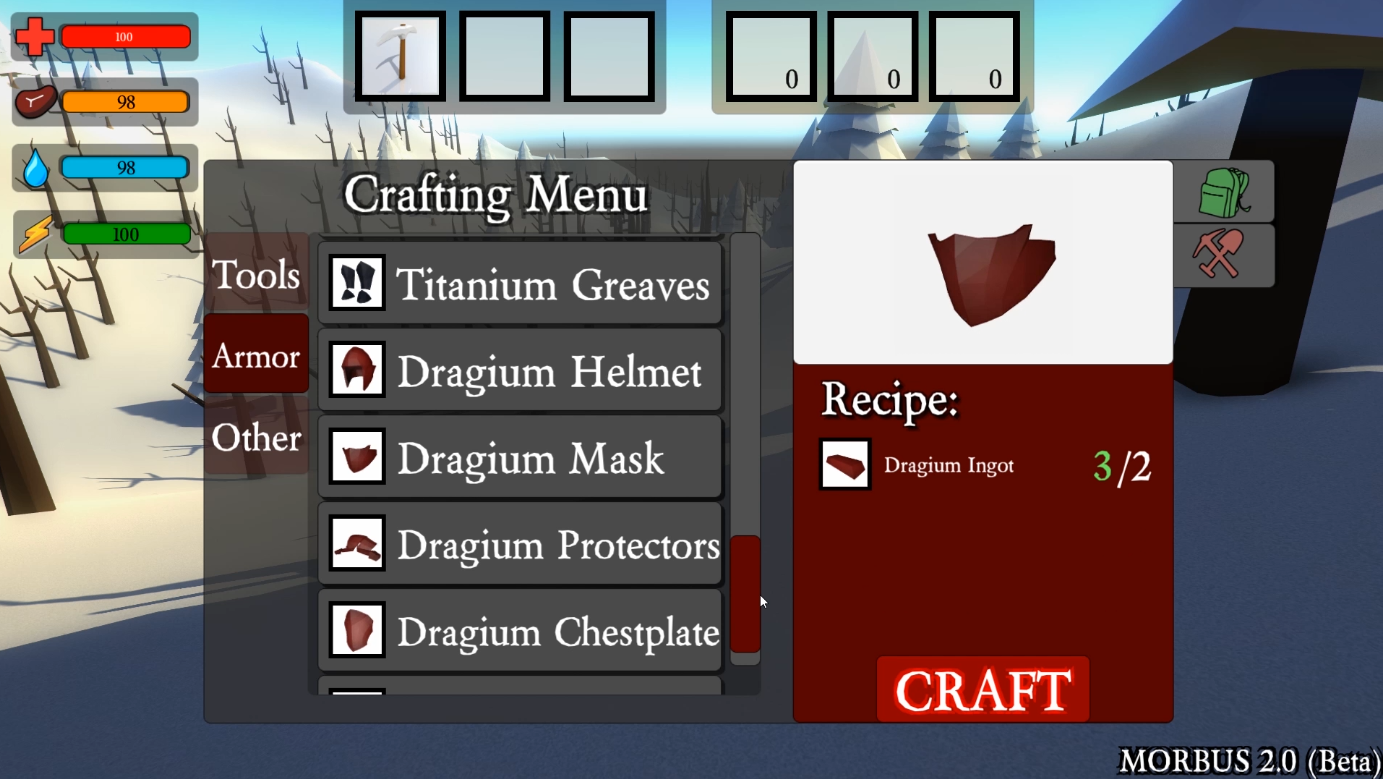 ORES: Their are currently 5 types of ore in Morbus. Iron, silver, gold, titanium and a new red ore that we called "Dragium". Dragium is the most powerfull and rare material you currently can get in MORBUS. You can craft the best armor and weapons with it. 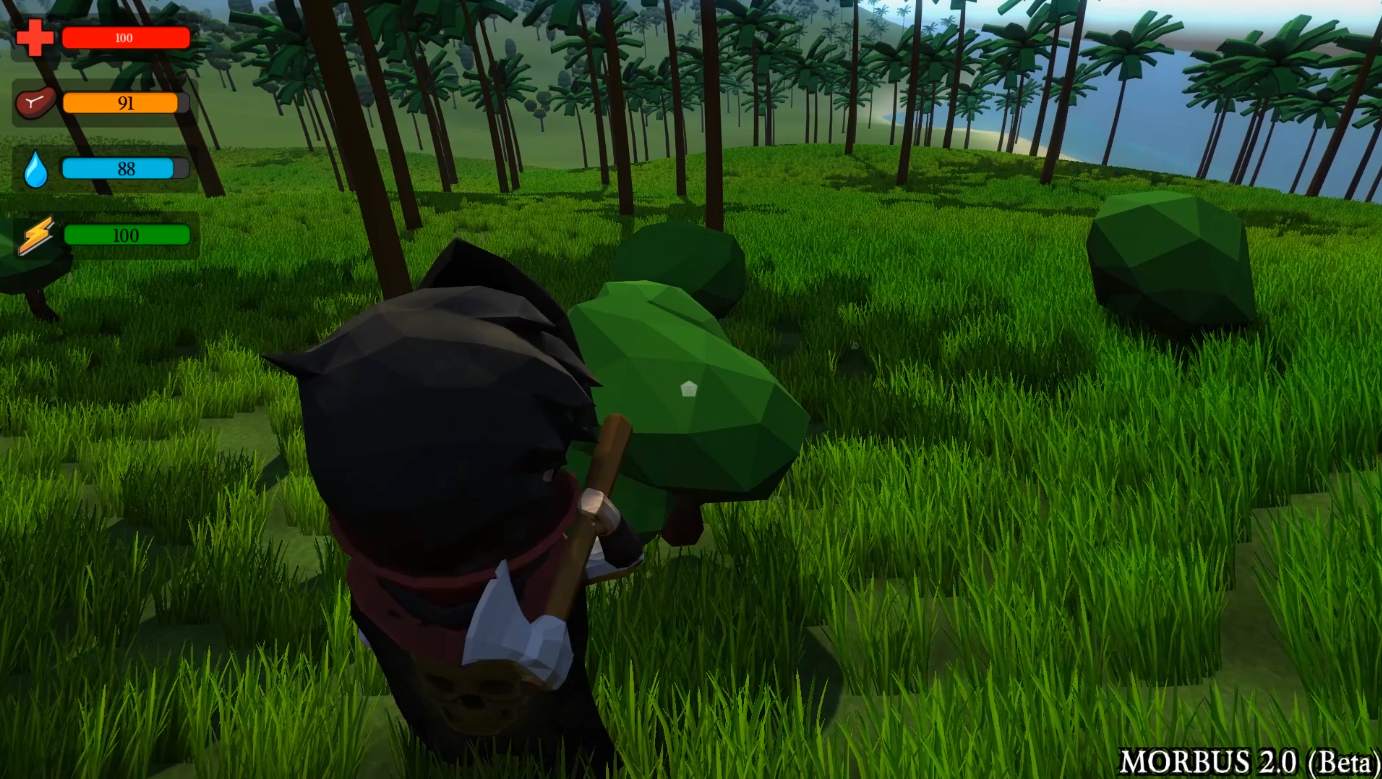 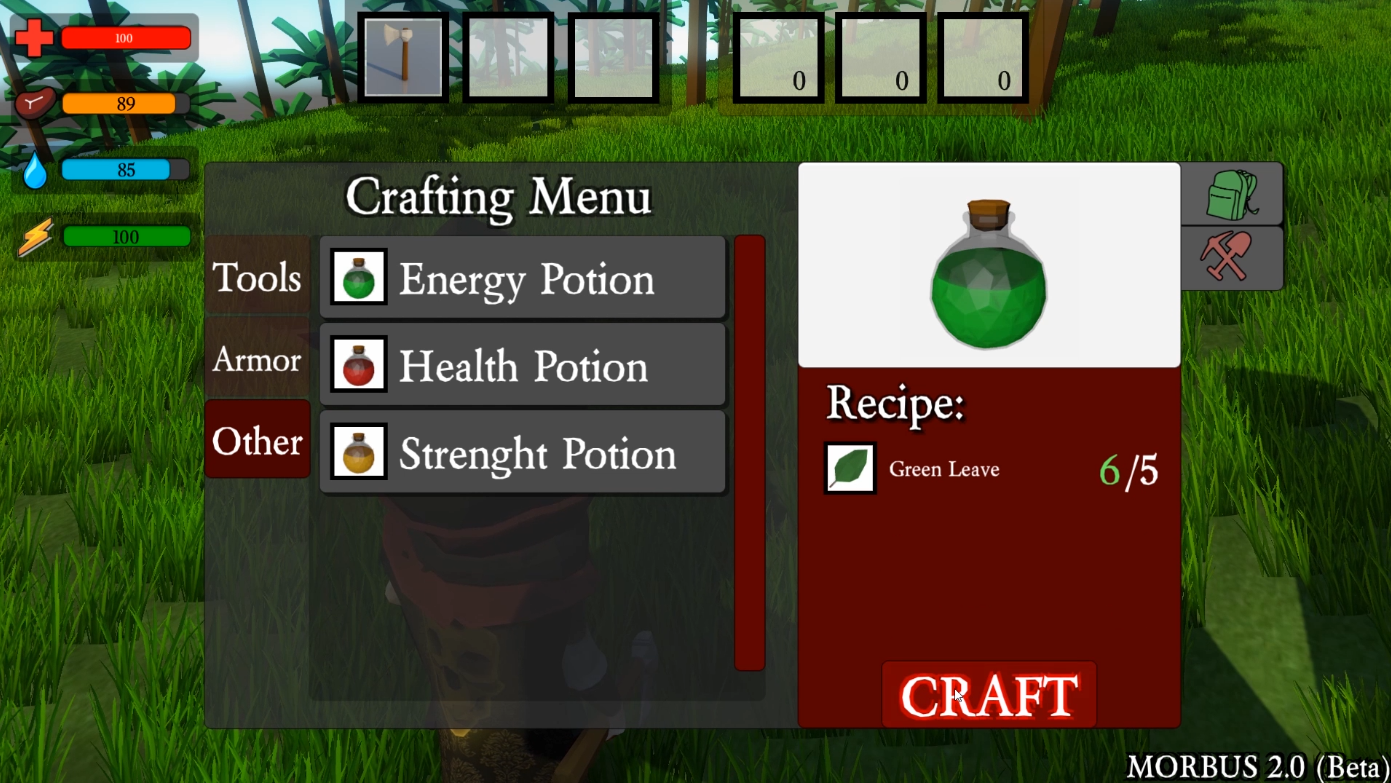 LEAVES: 3 different types of bushes have been added yet. Green, red and golden. When you break them with an axe you receive leaves in the color of the bush.

GREEN LEAVES are used to craft energy potions. They refill your energy bar so you can run for longer distances.

RED LEAVES are used to craft health potions. They give you 50 health points.

They come from the sky and kill everything that gets in their way... 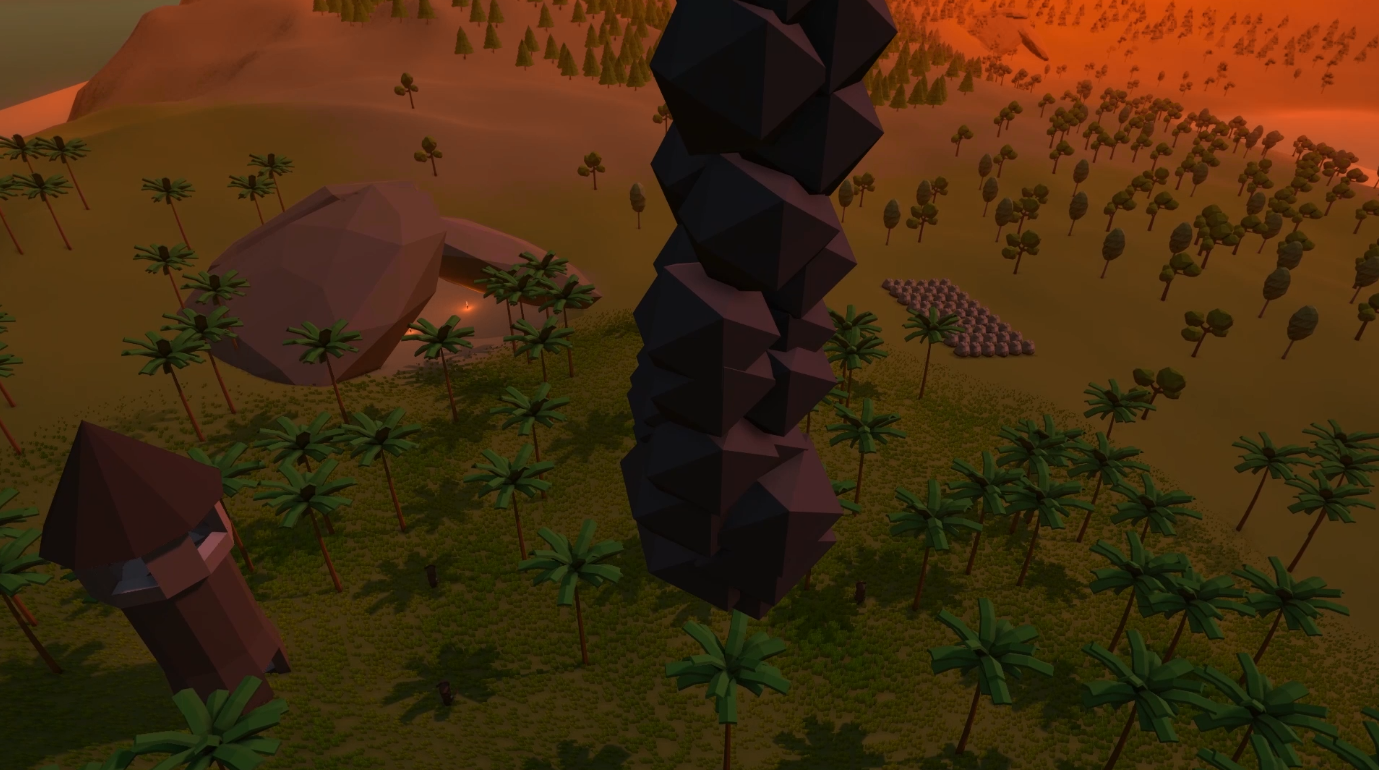 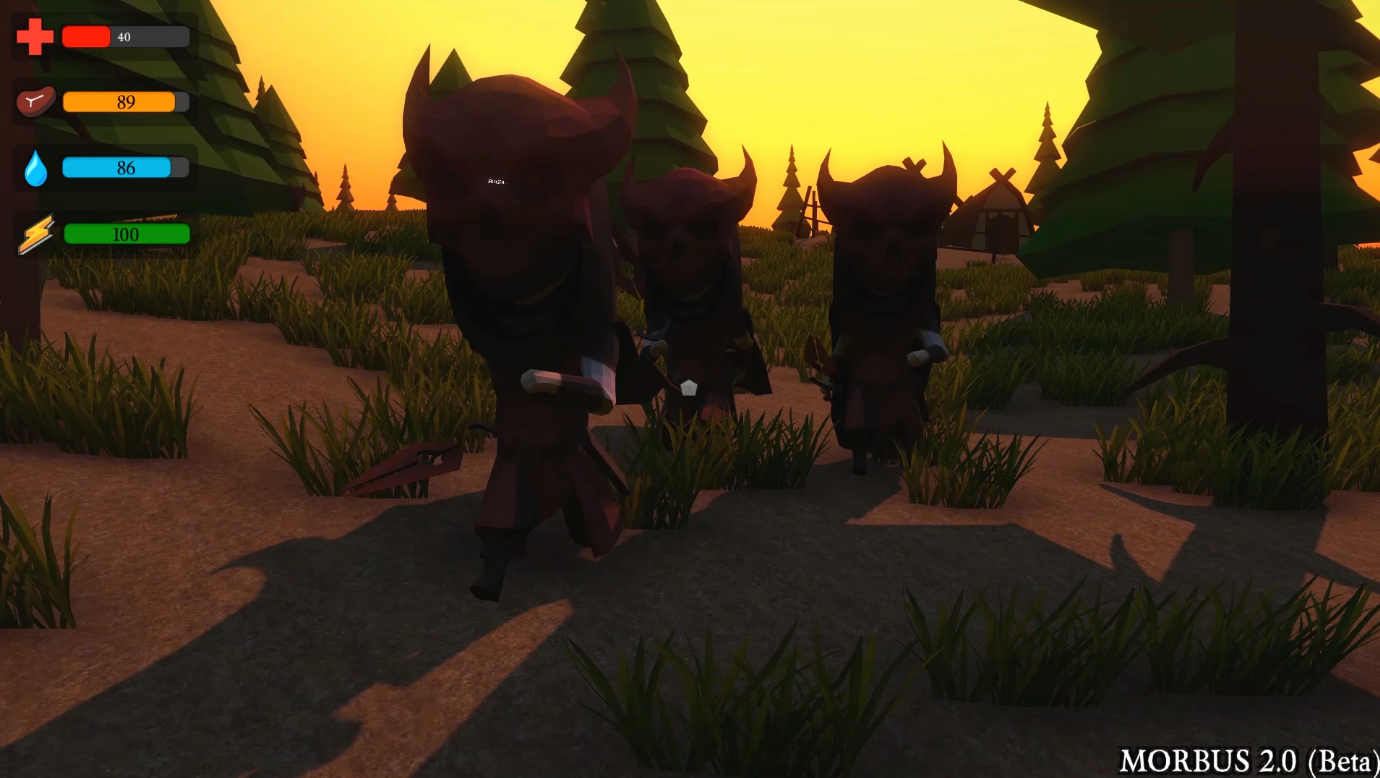 ENEMYS are spawning in a 30 meter radius to a player. When you come near to them (15 meter) they will chase after you. Currently each of them deal 5 damage. So one Monster shouldn't be a problem. But when they attack in groups its really hard to survive. 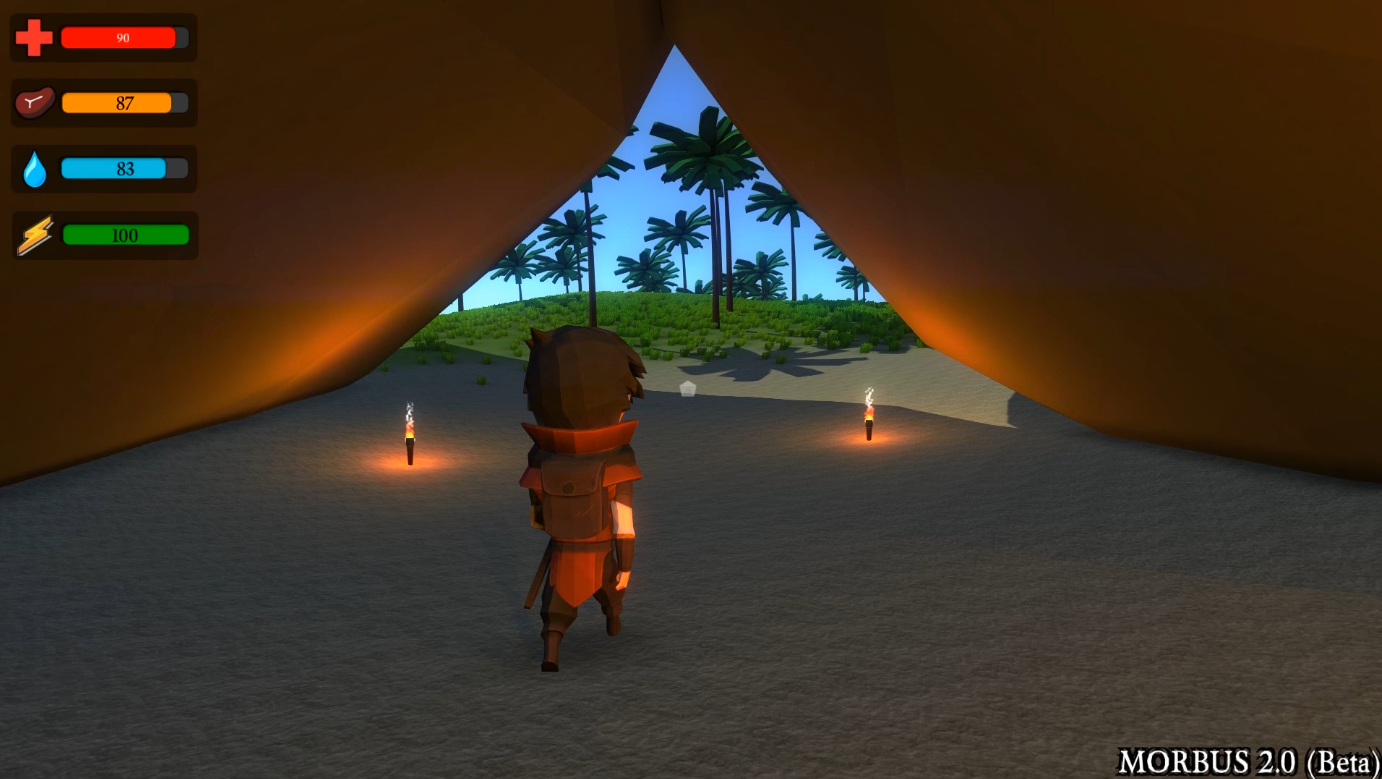 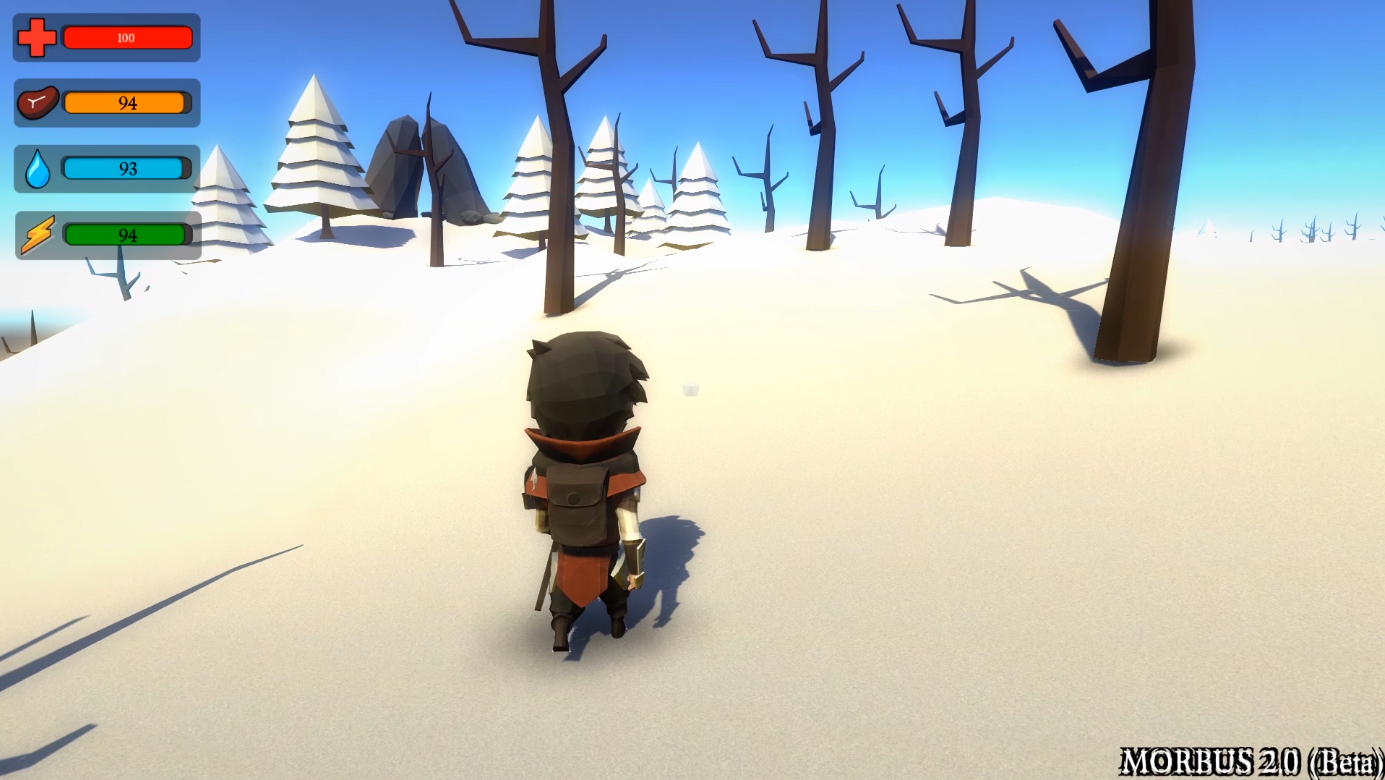 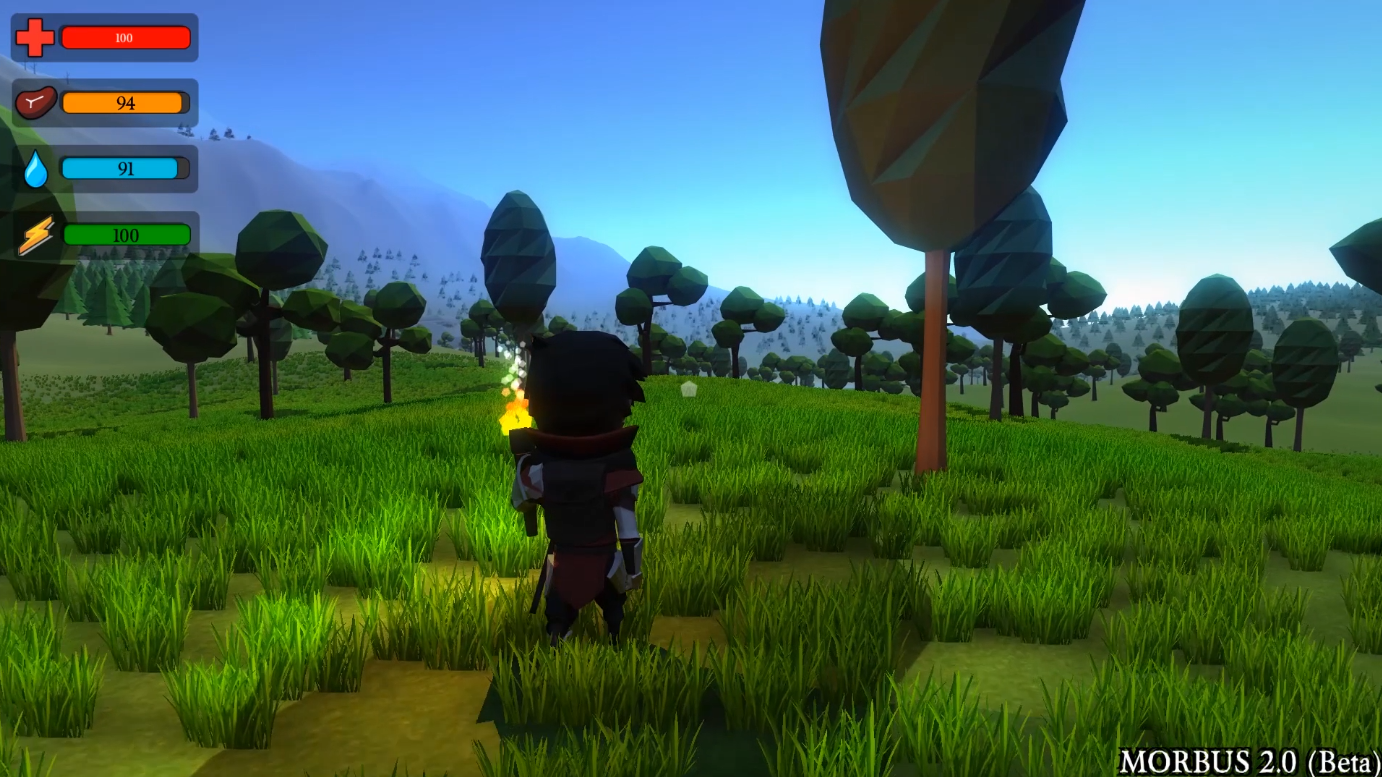 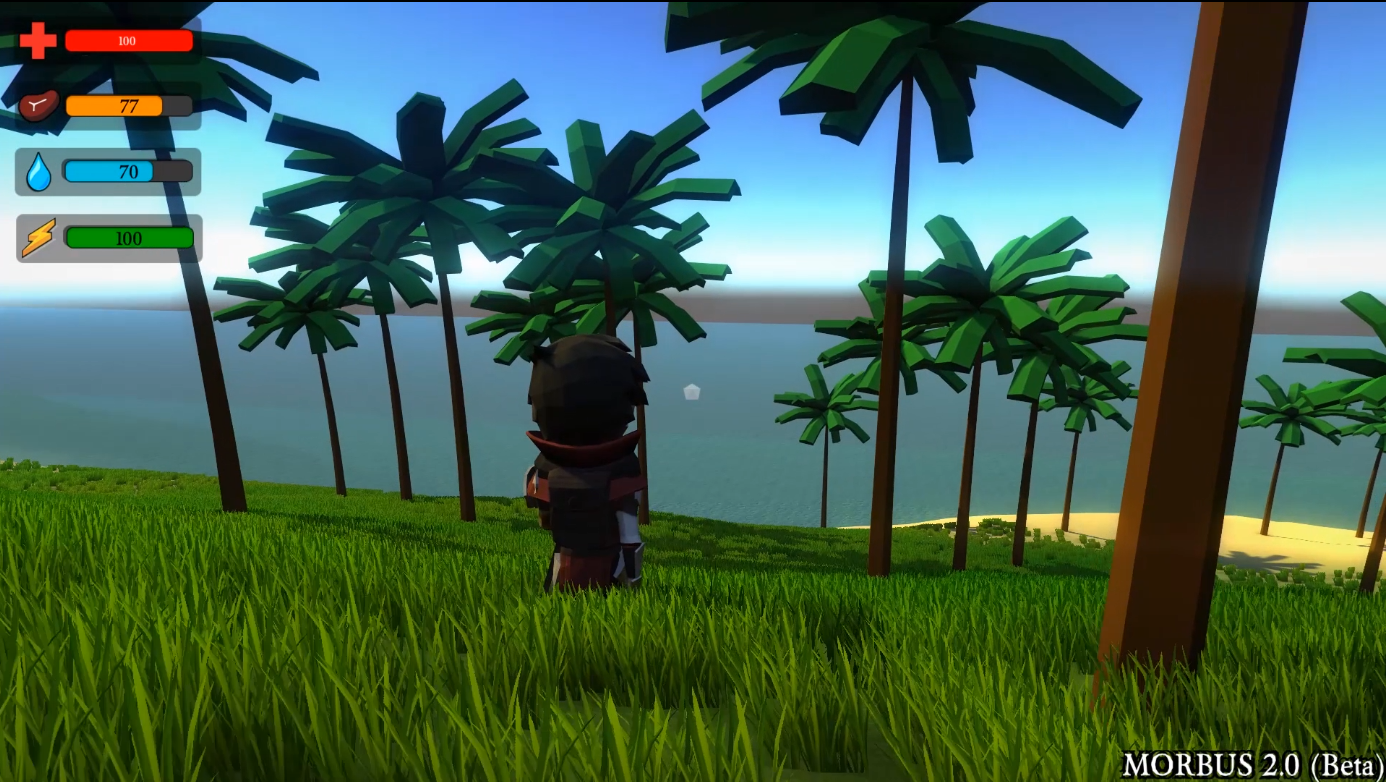 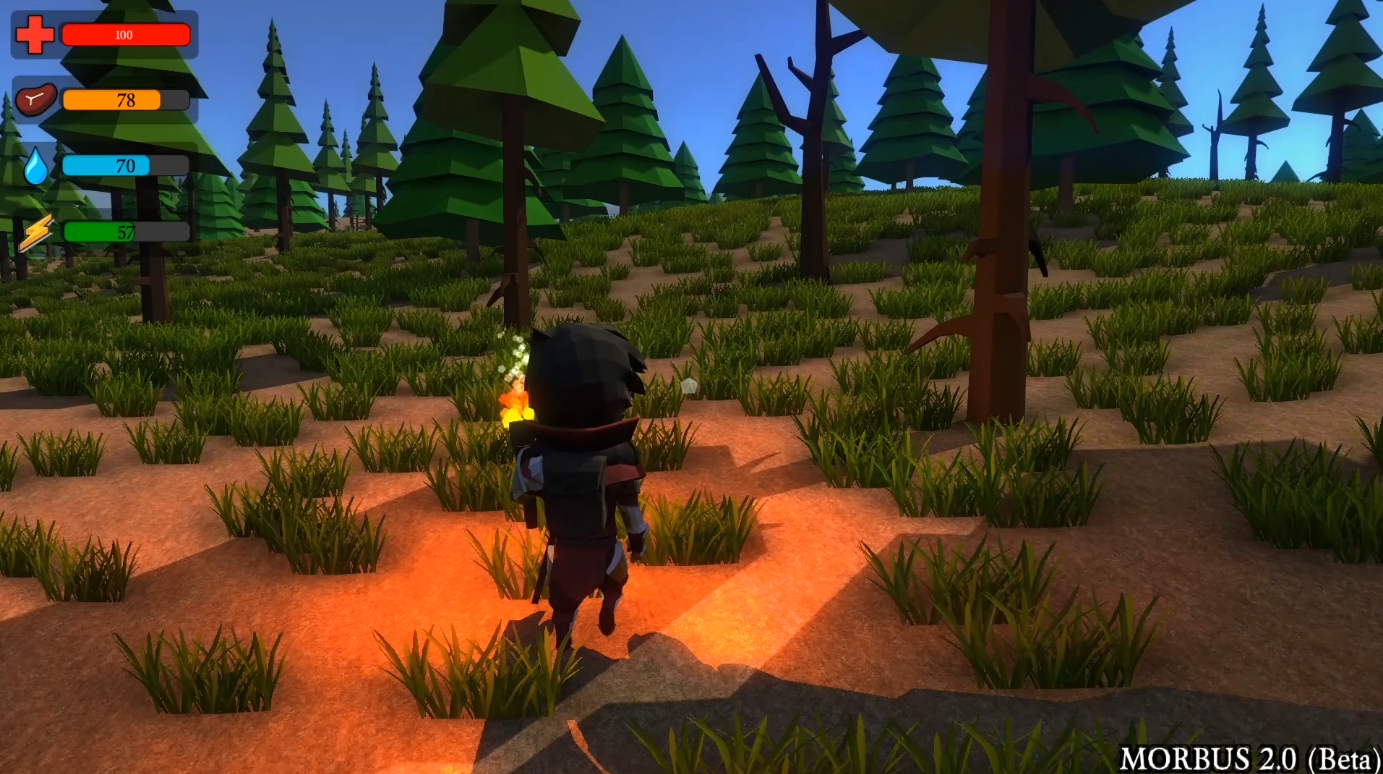 EXPLORE 4 different bioms. Grass lands, Forest, Snow lands, and Beach. We are also working an a desert biom, which will be added in the next update.

I like the simplicity of the art style though I think the UI does not fit with that. I can't point my finger at it but I think it is a bit too simple and too normal. It does not reflect the unique style of the rest of the world.

an amazing job keep up the great work i can really see you devs going places, i love the artstyle and all the new things in 2.0 unfortunatly i can,t play until march 2016 not long away now tho

how do i get this game?