MooCross, the crazy physics game for Android, has finally been released! Check it out and let me know what you think.

I've just released the first version of MooCross to Google Play. MooCross is a physics bike game for Android where the player controls Moo the Cow on her bike journey through various challenging stages.

The bike's balance and speed are controlled using the mobile device's accelerometer so by tilting and rotating the device. There's also a special sommersault-move that can be accomplished with swipe up or down.

I've been working on the game with my brother since 2011 but there's been many long pauses during the development. The release of the game was inspired by Ludum Dare's October challenge. 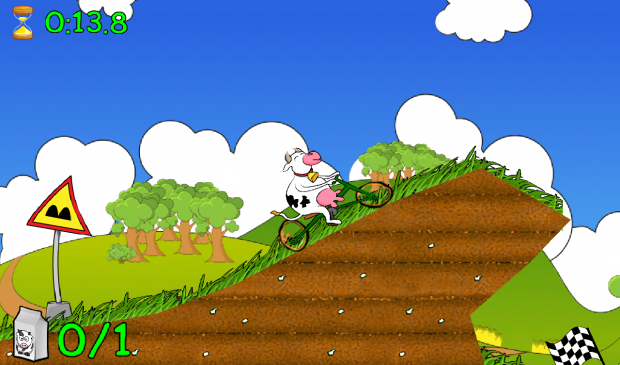 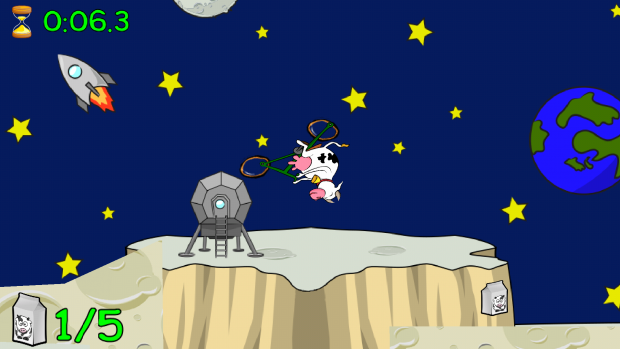 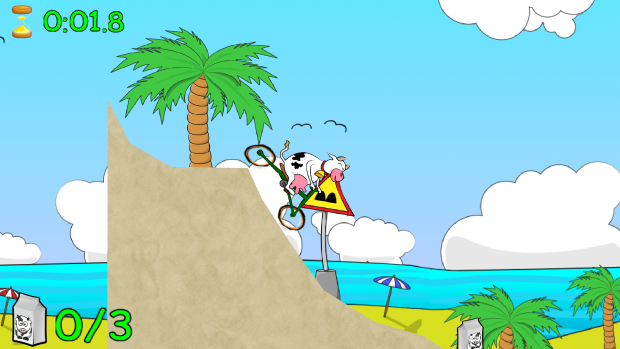 In the future I hope to add support for global leaderboards for each level using Google Game Services as well as possibly more stages.

And the full version:

I'd love to hear any feedback :)