Summer vacation time is over and I'm back at the regular schedule of Fireworks Mania game dev time in the evenings.

Summer vacation time is over and I'm back at the regular schedule of Fireworks Mania game dev time in the evenings.

My guess is that this will be the last update of the demo for a while, as I go back to focus on getting the full game ready for its initial release in december 2020.
I plan go get back and do dev logs again on Youtube and also post them here, but how often and how much I don't know - time will tell.

If you missed some of my previous dev logs you can find them on this play list.


Lets get to the more fun part - the change log for this update.
As the title says, it's a minor update, so don't get your expectations up too high.

Some players complained about the tooltips being too hard to see, at least the "tab" button.
The reason for this is that the images were forced to the same width, which resulted in wider key graphics to be fairly hard to see, depending on the resolution.

That has been fixed now - and for some reason it took me much longer to figure out how to fix than I care to admit :P 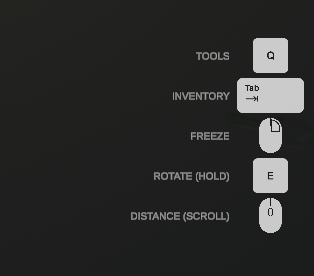 The explosion force of the fireworks have been turned back up. It got turned down too much in last update, due to some changes to the logic. This wasn't intended!
So now, things starts flying around again.

All the UI sounds from buttons have been turned down a bit.

Sometimes if many of the same type of fireworks were ignited at the same time, some of the explosions were missing sounds. I made a few changes that should minimize the risk of this happening.

The jump sound of the player have been changed and is less annoying now.

The way object are outlined are now a little different. The object is self doesn't get a tint of a color anymore, only the outline is visible. I think this looks better and don't block your view and the old version could do some times.

Some potential performance improvements have been added, so the game should run just a tiny bit better now.

Thats all for this update - enjoy and have fun!