Some fresh news about the upcoming game, Little R.

So, I am working very hard into pushing the game forward, I want to release it on 5 July as some of you might saw.
I was thinking to show you the progress done today, so let's begin fellas':

And now the bug-fixes, they are not pretty much because I didn't found all of them:

So now let's talk more about the tehnic parts, as I said above about the Lit Furnace, here's a picture of what I'm doing at the moment, I try to animate it, by adding more images and then re-draw them: 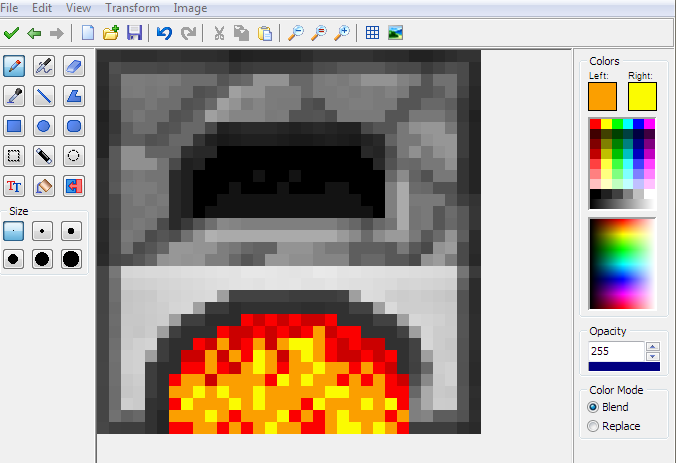 So I think that's all for today, thanks for reading, I'll put more screenshots later.