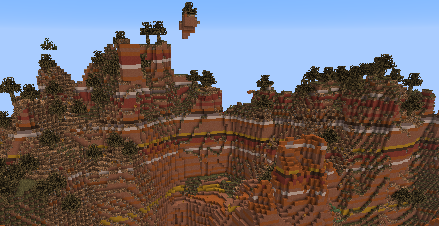 Update: Snapshot 13w37b has been released, along with a pre-release of 1.6.3. You can select these versions in your launcher, or download the server links below.
Hey! You! Did you hear about the new snapshot? No? Well, there’s a new snapshot! Huzzah! What got added? Stuff! What got fixed? Bugs! If you find any more silly bugs, please help us fix it by reporting it to our bug tracker.We still strongly recommend that you don’t run the snapshots on an existing world if you don’t want to run into chunk errors. There is a known issue with world structures such as Nether Fortresses not transitioning to 1.7 from 1.6, but loading these areas in the new pre-release 1.6.3 and then going to snapshot 13w37b (or later) should fix this.To get snapshots, open your launcher and press the “New Profile” button. Call it “snapshots” and check the box saying “Enable experimental development snapshots” and save. To switch to the normal version, you can select it in the dropdown at the bottom left corner of the launcher. To get the pre-release, do the same but manually select “1.6.3″ from the version dropdown list.Server files (For snapshot 13w37b):

am i the only one who thinks clay should not grow natural in red yellow white black and all other non clay colors?

all the other biomes are very cool and i like them very much. ice is very very interesting and every place has some very cool things. but only this one looks strange in my eyes.

You obviously need to get out more.

could you tell me where i can find those dyed natural exiting clay's?
it would be a real help if i could find them.

Clay ain't a plant silly. In reality, you'll only find it like how it is. Of course, you could possibly dye the clay when you "get" it. That could be a feature.

Oh, just to everyone else that may stumble across this snapshot update, this one is slightly out-of-date. Version 'b' was released, the one posted here is Version 'a'.

Get the latest one over at the Minecraft Wiki.
Minecraftwiki.net

Updated this, b came out after I had posted this.

keep this up and ya'll will eventually reach Minceraft 2.0