Time for this week's Snapshot, 13w24a! Comprised mainly of bugfixes, there are a few goodies - or, in the case of textures, laying the foundation for goodies - in store, however! 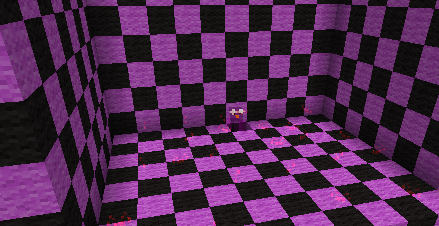 Update: A ‘b’ version has been released and is available through the launcher. Scroll down for server links and bug fix list! We’ve been working really hard on the new Resource Pack system, and we think it’s at the point where we can finally push it live. This is a huge step forward for the future plugin API and will replace texture packs. Unfortunately, texture packs will no longer be supported but you can use this fancy tool to automatically convert them! Please report all issues about resource packs, and the snapshot in general, to our bug tracker!

I'm all for these bug fix updates, but starting to miss the content updates...

Oh no.. not the dreaded pink and black checkered pattern...