Do you hear that? That kinda squishy, gooey sound? That’s the sound of a bug fix snapshot. 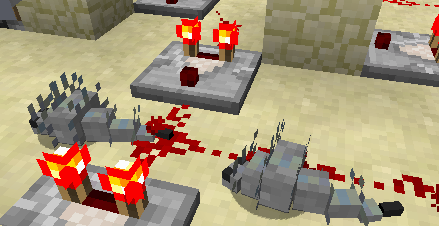 Do you hear that? That kinda squishy, gooey sound? That’s the sound of a bug fix snapshot. We’re starting to wind down from new features and are preparing for a potential (pre-)release of The Redstone Update in a few weeks time. With that in mind, let’s introduce you to Snapshot 13w05a!

Get the snapshot here:

Ah, the wonderful, under-appreciated bug fixes! While some updates bring all kinds of new stuff, these are still crucial for making sure it all actually works in game!

multiple snow heights, all I can say to that is "BOUT TIME!" been wanting something like that for some time now.

What, more precisly, is "A little late for Christmas, but fully implemented multiple snow heights." supposed to mean?