Post news RSS Minecraft 1.5.2 Pre-release as well as a snapshot!

You heard right, it's a double-feature today! The 1.5.2 Pre-Release, as well as the 13w17a Snapshot are now available for testing! So how does this work? You can get these files in one of two ways:

We have a double feature for you today. Not only are we releasing a 1.5.2 pre-release but there’s also another weekly snapshot for 1.6 to get your hands on!First up, the 1.5.2 pre-release. We’ve decided to put out a small bug fix update to address some minor issues that players are having in 1.5.1, and you can test it out before it goes live! A full list of fixes are as follows:

Report bugs here (but please use the search function before you post duplicates!): 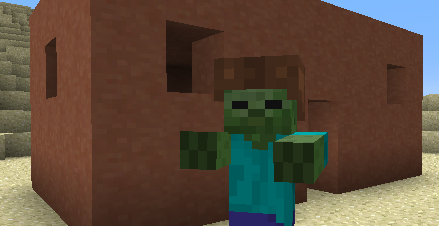 Next up, we have the snapshot! Not too much has changed on the surface since 13w17a as most of our efforts are focused on the launcher currently, but there’s a few cool things you’ll want to check out:

You’ll need to (re-)download the new launcher to grab the snapshot.

Nice double feature! It's cool to see that they can balance supporting the product while continuing to add to it!
I wonder what more sociable zombies means...

You can invite them round for drinks and neighbourhood parties, and they will stop knocking your door down.

You are now obligated to make a mod for this :)

Zombies can call other zombies when they are hurt, and apparently they will walk up to each other and "talk" like villagers.