With this update we are introducing the first parts of our fleet mechanics. For now this only means that you can set up your own fleet and invite people to join your fleet through the new message system.

As we expand on the features of the fleet mechanics we will allow you to set a capital ship, have shared vaults for fleet members, set automatic permissions for ranks in your fleet, and more.

We changed the GRIP around to incorporate these new features, the new message system allows you to send messages to other players in an email like fashion, and will tie into a lot of the fleet managing systems we are implementing. 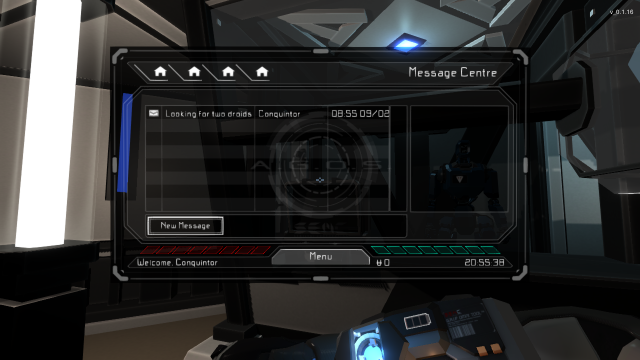 The engineers at Sentinel Security Systems have been improving their targeting software since the weapon systems were released some time ago, This past week they finally found the time to fix some of the issues which were plaguing the manned turret and their forward mounted counterparts.The weapon systems now converge towards the ship’s centre crosshair. Also thanks to a breakthrough in momentum prediction technology the helm’s now displays a lead indicator on all targeted ships to better assist you in your combat activities. 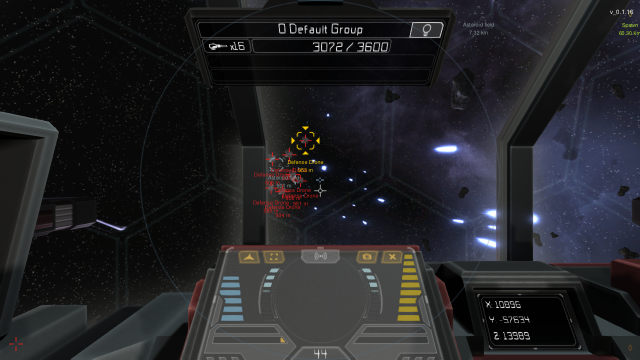 Additional new advances in smart weapons have progressed to the point where weapons can now automatically aim for targets if the crosshair is close enough. This new “auto aim” feature is still being tested and would greatly benefit from your feedback.

The ship editor has also received some improvements, One of the most requested features since the start of Interstellar Rift’s development has been implemented. Click & drag to build rooms is now available in the editor. Simply hold left mouse button while in room mode and drag across the screen to create a new room. The maximum room size you can make in a single drag is 10×10 tiles.

There are some other small improvements to the ship editor:

The trade stands in the game will now have a friendly robot to serve you, he is the vendor at the stand. The small teleporter has a new sound when charging. 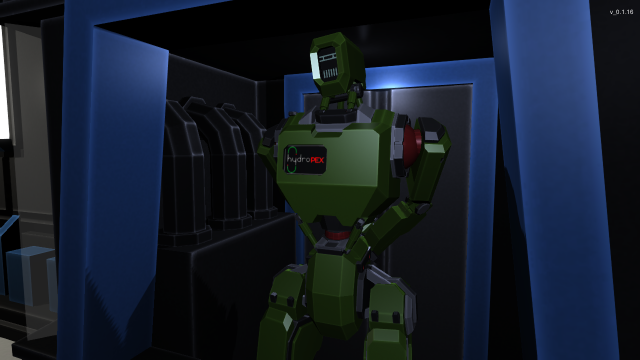