I first look of what to expect when it comes to the menus. Also some added things gameplay wise.

I have mainly worked on the menus the last couple of days and starting to get it to a place I would like function wise. Graphically it still looks like crap but that can and will be changed later on :)

The most notable things would be in picture 3, here you see some of the parameters the player can set before starting a new game. 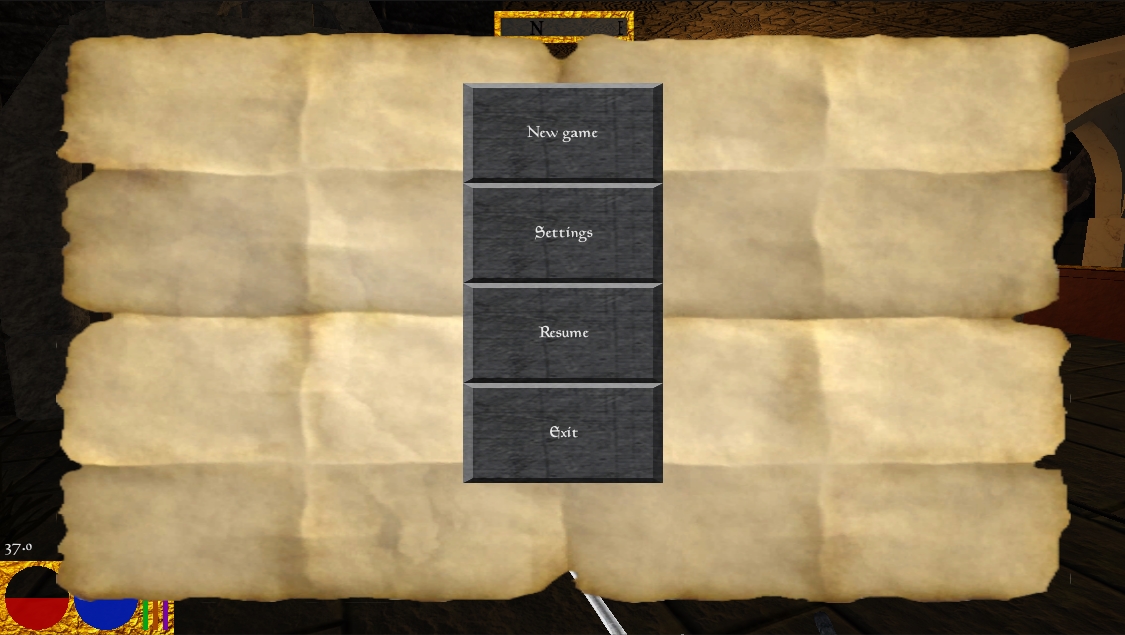 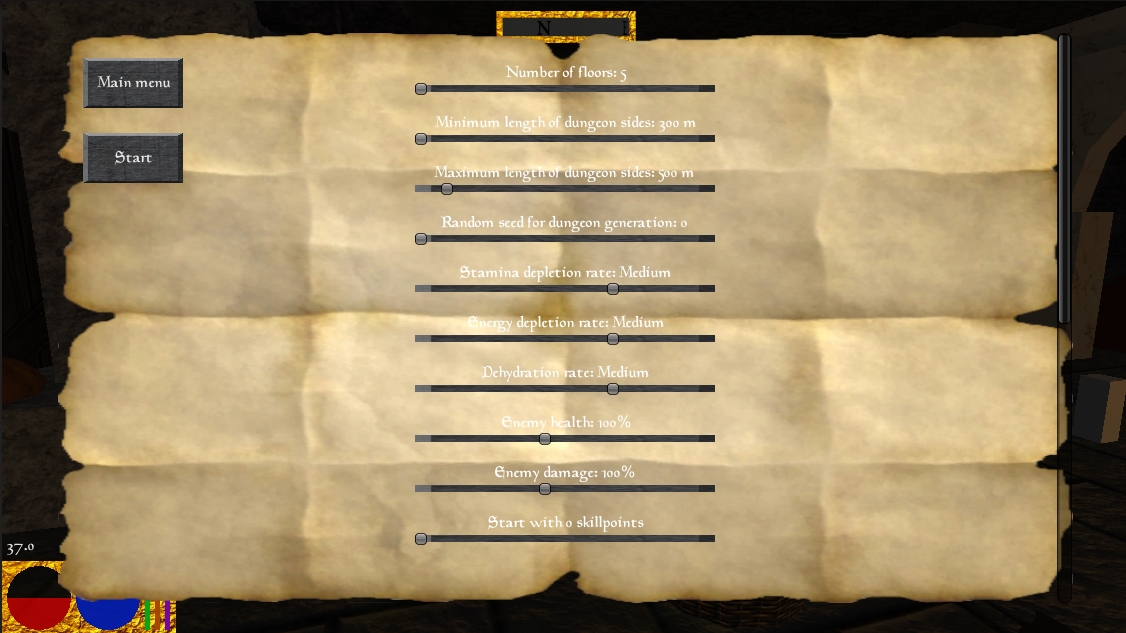 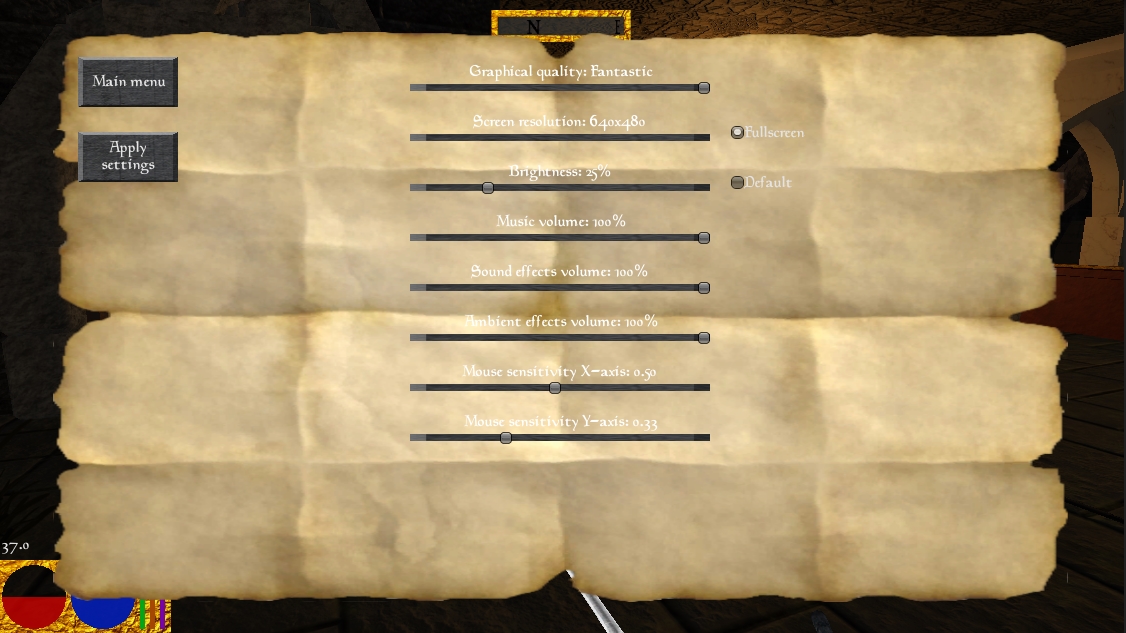 I have also done some some small tweaks to the gameplay, for example you can climb ladders with only one hand equipped, not both (compared to climbing walls where you need both hands free). 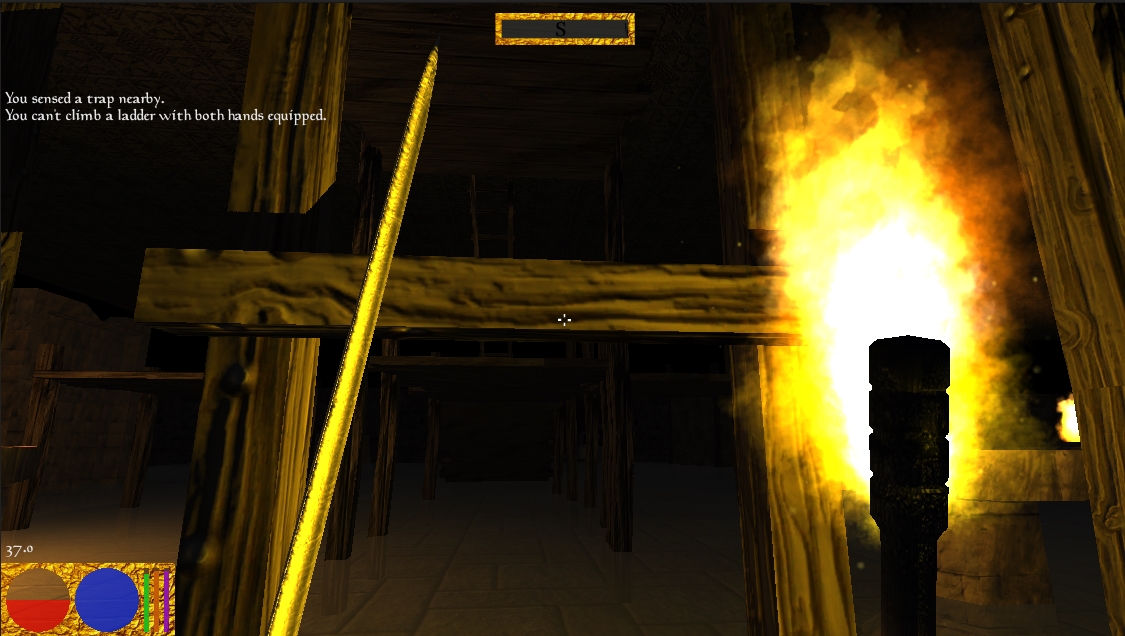 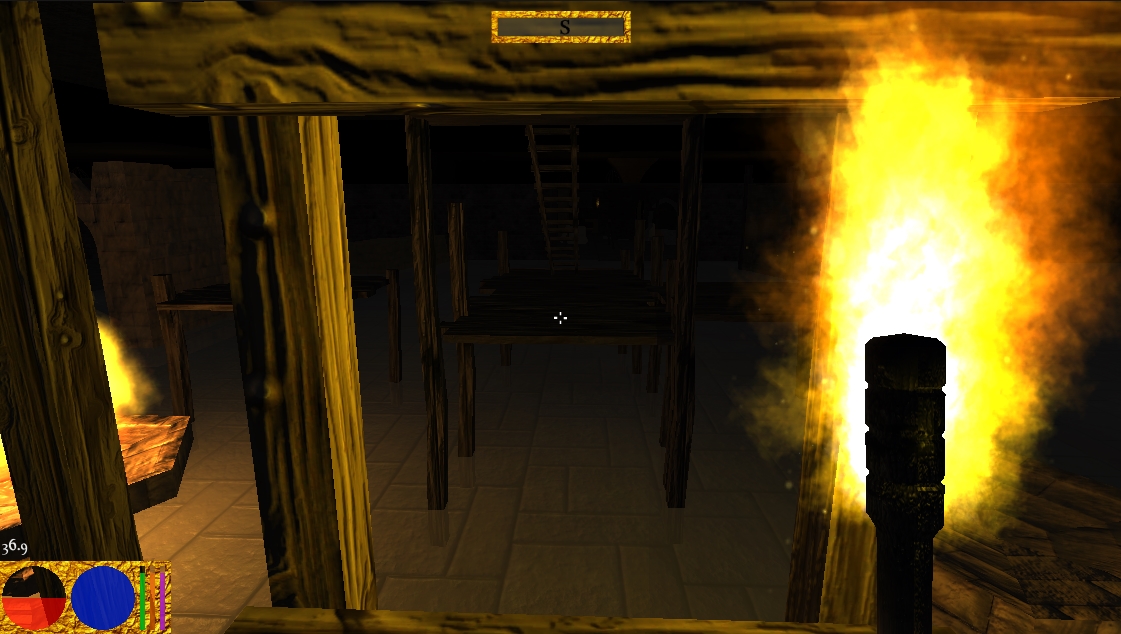 Other new stuff is highlighting of items when the player is close, starting to build the game manager to put everything together, generation of weapons (a bit over 1000 unique weapons, and some added variation stats wise on those as well), potion effects and passive effects from equipment etc., and other small stuff that I do not remember now. Will keep on working on item randomization tomorrow, will keep you guys updated!