Great competition where you can win big games for anime fans! 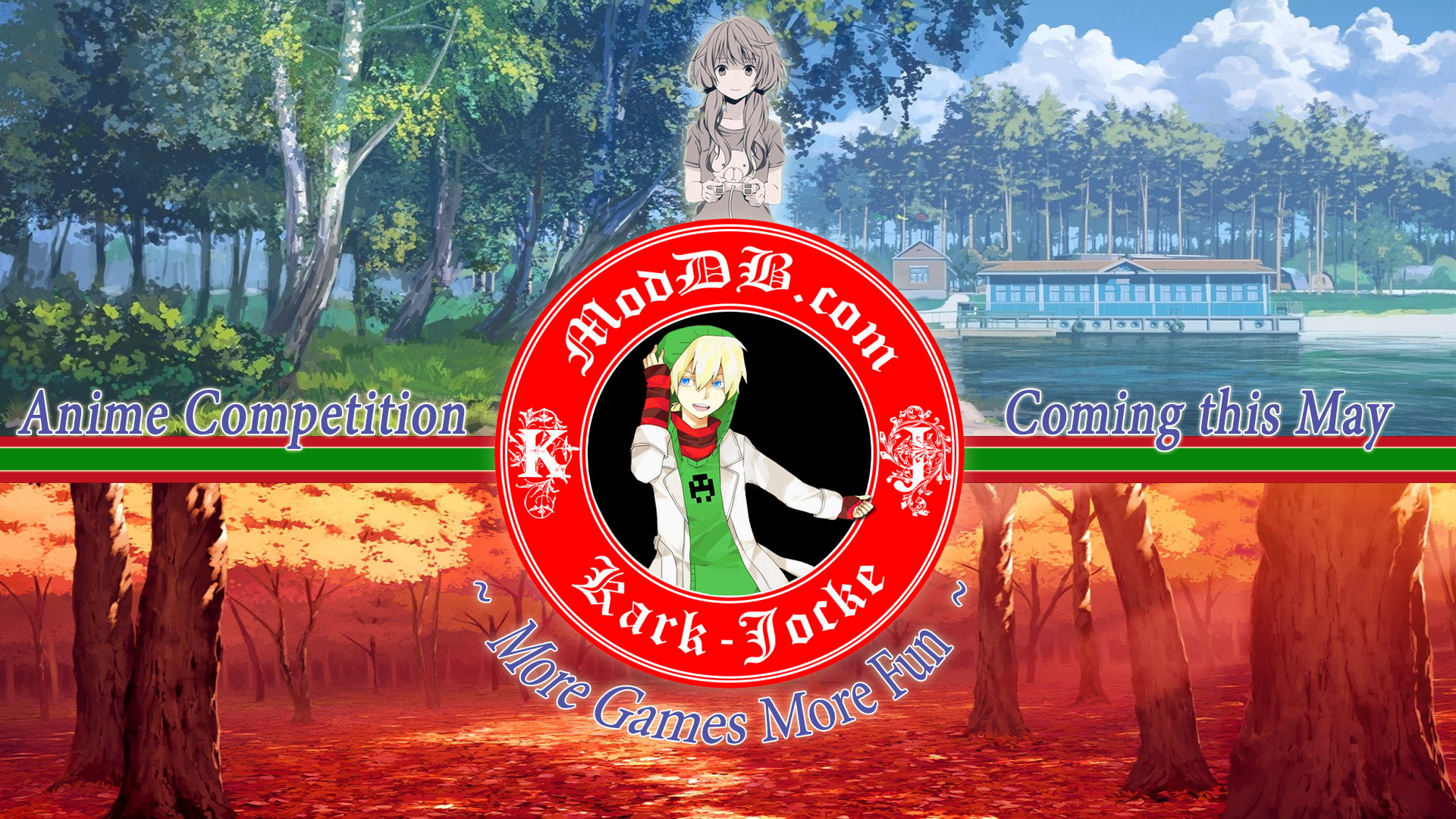 Great competition where you can win big packages for anime fans!

Last year as I made an animation contest on "Anime Fans of ModDB" group to see if it could be interesting and it was. Many people participated in the competition and those who participated in the contest respected the rules from the start to the end. Now, people have asked me several times if I could make another one this year and now it will come again.

Competition will go on Rule 3, which can be read here "K-J Rules" New Anime Wallpapers coming now 5th May too that will be part of the competition. In this package will involve images that have my name 'Kark-Jocke" in it. As people can find to get more points and more chance to win. Weather image you find that has my name will give you a point which means that even if you can not find more then you can, will you still get points for those you find.

Competition will be from fifth to May 12th, which will give you one week to solve all puzzles. Now you are sitting and wondering "What type of games can I win?" As I say this is going to be a very large competition which means that you'll win large packages from Steam. There will be three different games you can win and the person who comes in first place will get first choice that can selected the packages first and those who come in second and third, choose those packages that are left. Which means that there are 3 people who have the opportunity to win.

The packages you can win are these

Wow! That's a lot of games, I'm looking forward to the contest!

BETTER GET READY TO ENTER THE KARK-JOCKE GAMING WORLD!! PRAISE TO THE KARK!!

somewhere on the planet, 1,000 weebs are squealing for joy & letting loose their reproductive fluids in their pants for an unknown reason.

Is it only the wallpapers made available during the competition period (May 5th to May 12) that count, or does it include older sets as well? Also, the winner is picked through a raffle of sorts, with the more points you have, the more chances you get of winning?

In the new anime wallpaper packages coming now on May 5th is the only one package made for this contest. Finding my name in some of the photos will give you the opportunity to gain more points.

If you have the highest score will you win, if it so happens that there are many who get full score, will there be name draw.

Link to the wallpaper package: Moddb.com

The competition is very big, so it takes a lot to get a full score, but you also have a one week to solve all puzzles and find my names in the package.

Thanks for that, Kark.

I'm now ready to compete for my delicious anime gemu.

Np, if there is anything else you wonder about, you just need to ask.

After submit the answers and become registered, simply write "'I'm in the competition." in the contest news as it has been done once before.

I must do it like this so that people will not copy your answers.

The Dark Eye: Chains of Satinav Point and Click