Post news RSS Machine Made: Rebirth -- A Delay of our release date and Review of our Progress

Machine Made: Rebirth was supposed to be released for the New Year in 2016. Find out why we're behind and how much progress we've made since our Kickstarter success.

"First and foremost -- if you are reading this, thank you from the bottom of my heart
for taking an interest in this project. I truly hope you enjoy what I've made."

-- from the Machine Made: Rebirth FAQ

Hey everyone -- Allsvin here, owner and operator of Proteus Studios, Game Developer and leader of the team that's building Machine Made: Rebirth.

I'm going to talk a little about my game Machine: Made Rebirth as well as some of the challenges that I've faced from the project itself as well as from some of you guys during the testing and rebooting phase. We're going to have a quick review of what this project has looked like from the beginning until now, and then we're going to do a sample Q&A with various things that have come up since then.

First -- what was the game that I intended to make from the very beginnning? In the FAQ for this game I wrote about how I enjoyed RTS map makers and custom games from all sorts of titles. What I liked about those custom map games was that the triggers used from the World Editors were very simple and straightforward to learn, and every unit only had one type of stats -- there was no leveling up in these games until Warcraft 3 arrived, specifically xp gain and hero units. Things like the RTS resources and supply caps could be used to create a sense of development in these games as opposed to gaining levels. This is the inspiration for some of the harvestable/discoverable resources in my game and something I'd like to give my appreciation for. Where we started with this game was a simple crafting system and a few very plain characters. 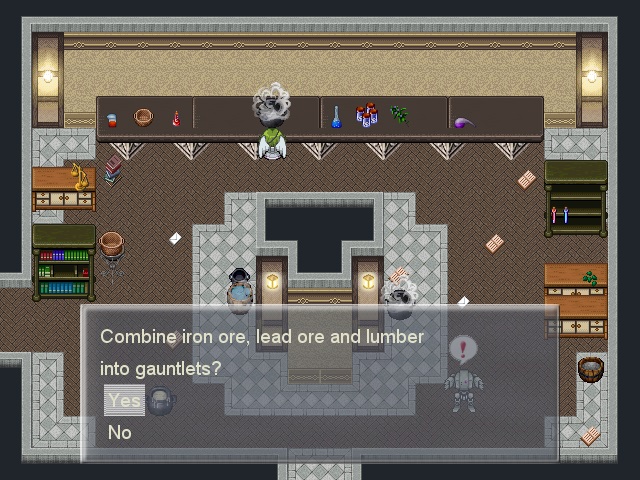 We had a limited selection of sounds, graphics and other art and were struggling to develop the underlying game mechanics that we wanted. 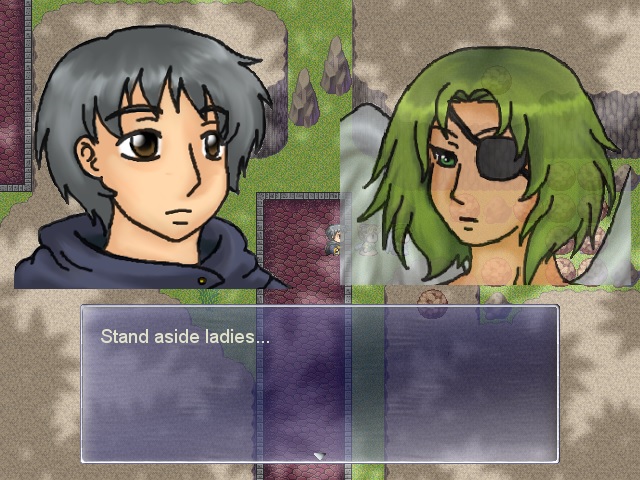 I started a fund on Kickstarter to help us really get things going... 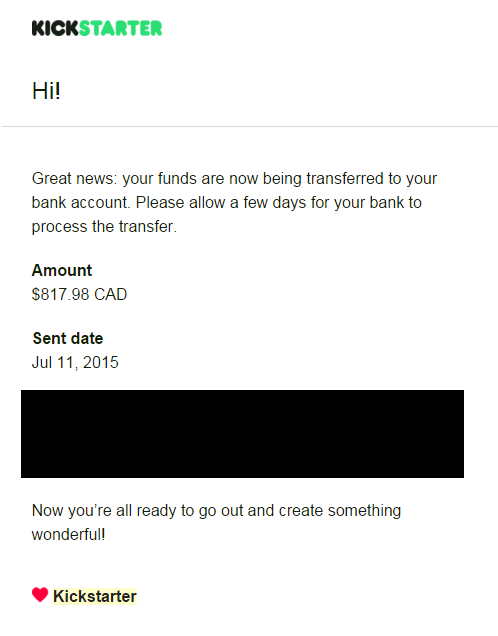 Thanks to over 100 of you who donated and supported my game, I was able to have the necessary conversations with people who were interested in what I was doing to figure out how to do this the way that I wanted and as a result everyone who worked with me was able to get a little bit of interest and gain from it. It was time to put all my hard work to good use and make some calls. 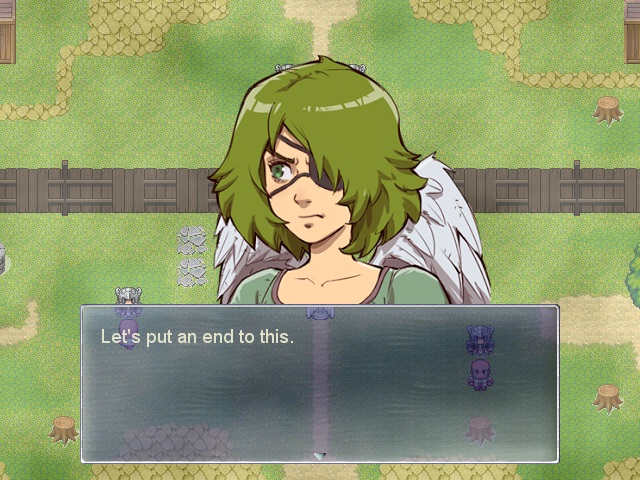 I set a date that I thought we'd have everything successfully implemented in the game. However, we have passed that date and we are still looking at a huge project. Personally I'm willing to finish this in the best way possible, but it is a very tough thing for one person to do, and involves a huge time commitment. Whenever I feel like something would demand my singular attention for far too long -- I have to put it into a different perspective and try to work on it in parts.

As a quick summary -- we have about half of our playtime if not more considered finished and presentable. The updated art style is just about finished, the soundtrack is almost there but needs some fine tuning, and we are still looking for experienced and reliable people to review our game. 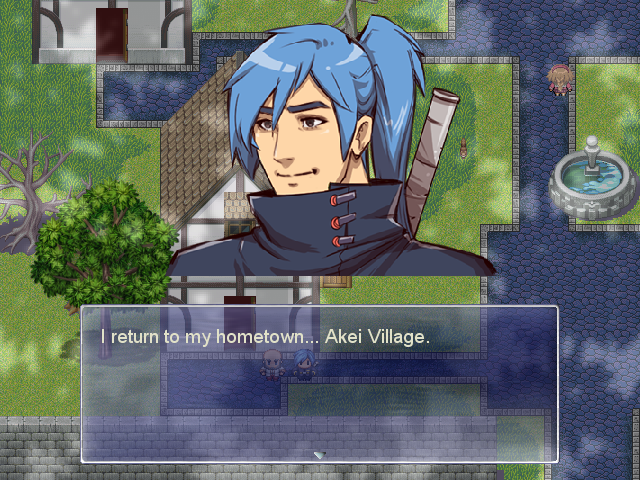 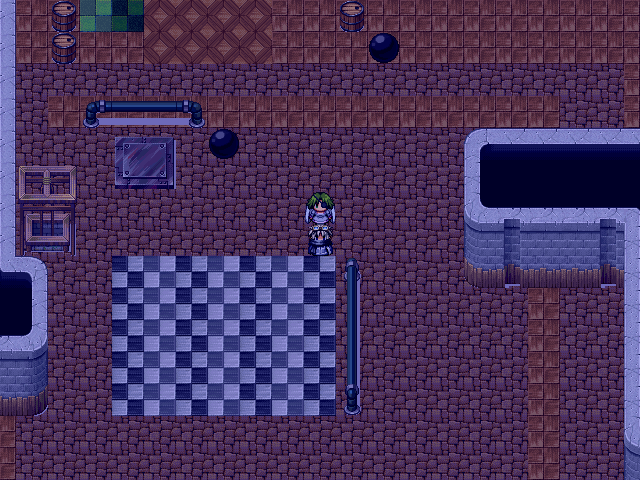 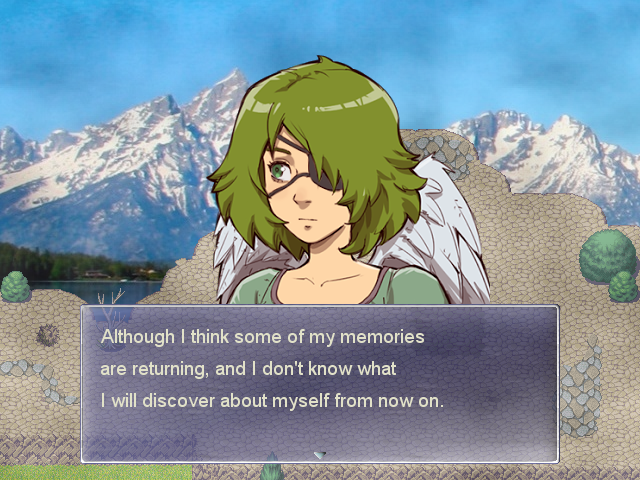 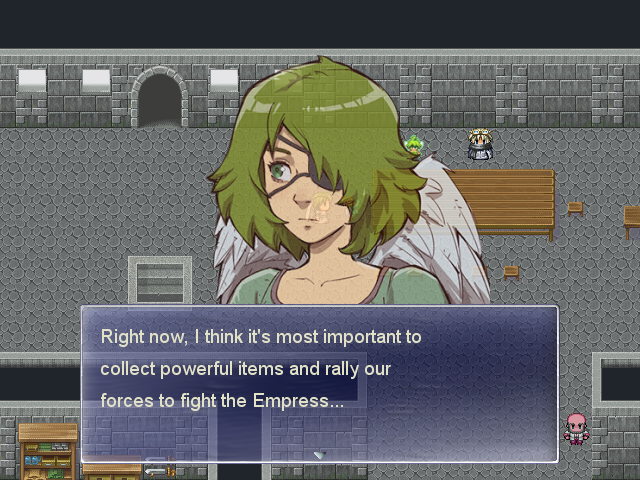 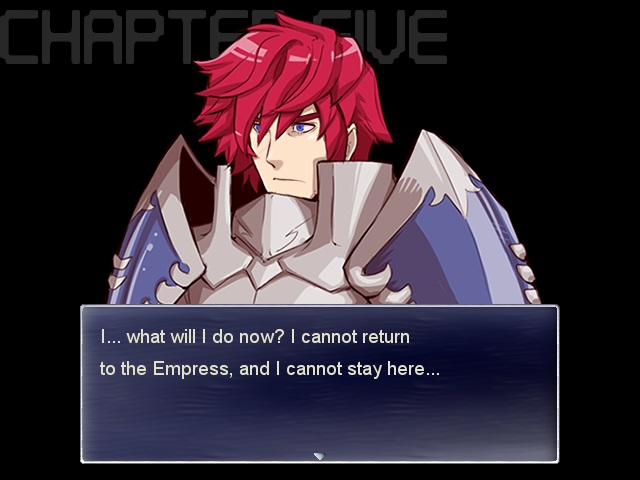 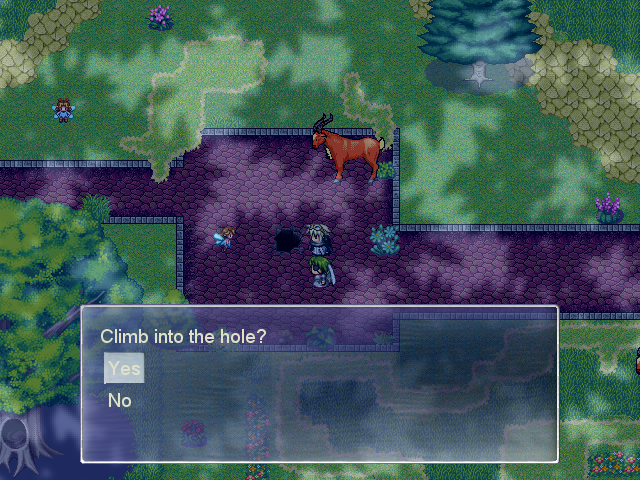 Q: MezJ from our Kickstarter group says -- "Were any changes made to it since you sent out the first copy over kickstarter updates?"

A: I love this question. Our "Latest Alpha Yet" was released to display new gameplay mechanics and balance changes that were going to be in the final game and was intended for people who were already fans and who wanted to see what they could expect in the upcoming updates. Future updates will be regarding what I would called a finished Alpha version of our game or an early Beta version. The difference is going to be significant -- and I hope that everyone will enjoy the changes.

Q: Josh from our programming team asks -- "So we have the storyline finished yet?"

A: I've received this question in various forms from a lot of different people. The answer is essentially yes -- the plot is that the Angelic or Zephyrim people intend to return to conquer the world, and the Cambion or Demonic race who was once allied to the Zephyrim will have to intervene because their technology has become too destructive. The interweaving of these two stories is going to be critical to how the main storyline is finished and how the main characters struggle to find the balance.

Q: Puddingm from our Kickstarter group asks "Any updates? o.o"

A: Yes as often and as big as they can be made... I really dislike losing fans because of slow updates, but we simply can't rush this along -- if you are curious about just exactly where we are at don't be afraid to get in touch with me and ask questions. All the feedback I get about this project is welcomed in various forms.

Q: Robyn from our Kickstarter group asks "Any idea when in sept. This will be available"

A: It's not going to be... sorry guys, I'll try to give an exact idea of how finished we are, but you're going to have to prepare for another slough of updates leading up to the actual release.

Q: Silentcap from the Kickstarter group says "the music seems a bit too loud in numerous places... graphics are a little bit fuzzy"

A: sound, brightness and contrast balancing are all very tricky subject that often depend on the type of hardware that the user has... this update has definitely had some sound balancing issues, and we've fixed that in the best way that we know how to.

Q: MezJ from our Kickstarter group asks "How do summons work??"

A: Summons can be discovered in hidden locations all over the world, only Tibby can use Summons, and if their HP reaches 0 at any time, they cannot be revived from death until you reach a certain area on the World Map.

Q: Cole Fournier says "The Sprites look great! But I would highly recommend having a more veteran artist do the character portraits."

A: Thanks man, love the sprites as well. And I'm happy we've upgraded our portraits, they are absolutely wonderful.

Q: Tractl5 asks "Are you happy with the Kickstarter campaign you did, and would you change anything?"

A: Tractl5, thank you for the question. I'm very happy with the campaign, all of the improvements that were suggested and every donation that we received. I wouldn't change anything, although I do think that I would love to do another Kickstarter with some of the artists we're working with presently, since so many really high level content creators are under-appreciated on the Internet.

Q: Jono de Luca asks "Hey I've backed the Kickstarter, when will I get the next version?"

A: Everyone has access to the latest versions as soon as they're available on our sites. If you are interested in knowing just how much progress we've made, email me at allsvin@gmail.com and I'll be happy to get you the best version that I can.

Q: Tutis75 says " I loved the story ideas and concepts being used, and the combat system felt like a good mix of what I like in games similar to the early Final Fantasy games."

A: Thank you so much, Tutis. Any time I look at my game and think this to myself, I feel like development is going in the right direction. Happy to hear that you're enjoying it, buddy.

Q: Wake2lif says "Don't you think you should be using a better script for your message system and character portraits, etc.?"

A: I love this type of question, but I have to say I'm happy with all the nuts and bolts of our game right now, if something else comes up in the future, I would definitely be interested in optimizing.

Q: Redxsph says: "I feel like there are just too many crashes/glitches in this version, are you going to be able to deal with this?"

A: Yes, and yes. In fact, we do need people to go through and make lists of any crashes or problems they have that I can compile and look at -- we intend to keep cleaning it up until it's done.

That's all for our Q&A, I hope you guys enjoyed and prepare to download the latest version which will be available shortly.