Introducing changing body shapes in Gym Empire was more tricky than I expected.

Losing weight in the real world is a pretty difficult task... Turns out it's pretty tricky in the virtual gym tycoon world of Gym Empire too! At least from a development standpoint. 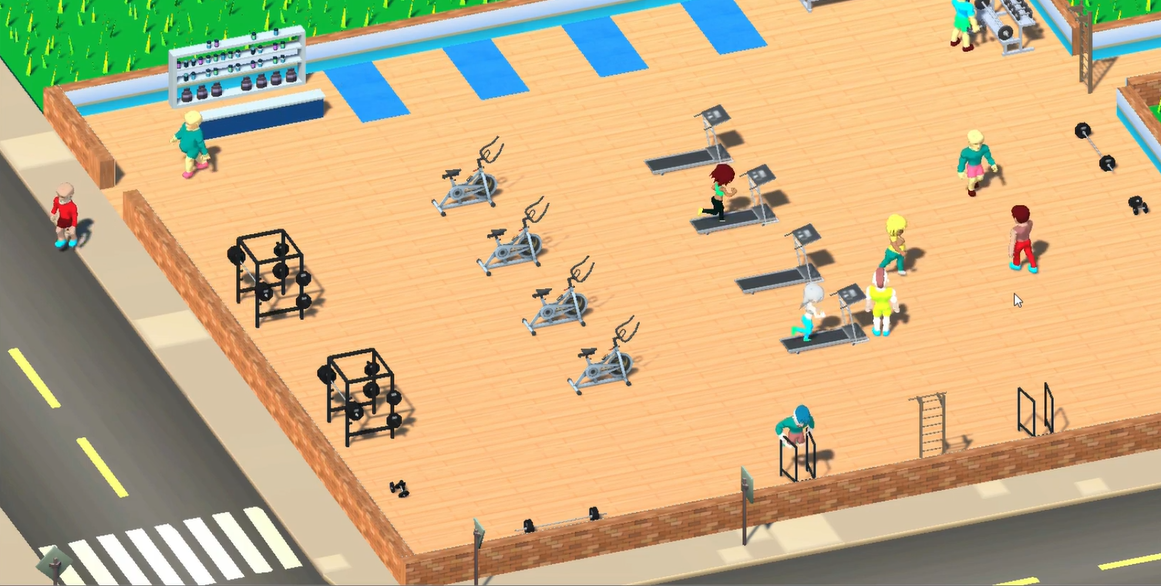 Right from the very start of development of Gym Empire there's been a very strong vision on what we believe the first ever gym simulation and management game should bring to the table. In depth customisation, client interaction and the feeling of progress is just some of what is part of that vision.

If we look a bit deeper at the feeling of progress, that comes in two forms. Progress for the player as they develop their own Gym Empire. But also progress for the clients (or not if your aren't training them well).

A lot of tycoon games these days focus purely on the statistics. In the end the environment and subject of those games could be just about anything. Their subject matter is almost secondary. With Gym Empire environment is crucial. With Gym Empire the plan is to bring a real immersion to the game. Not just in the fact of the management side of things, but also in the environment and feel of the game. At the end of the day one of the noticeable factors of the gym world is the ability to change our physique. Therefore it would be crazy to not include that visible change in a gym tycoon game.

The client physique is one of the last big features to go into Gym Empire before the alpha demo. Work began on adding the feature about 3 weeks ago. The plan was to simply swap the Skinned Mesh Renderer the client was using for each physique style. Essentially this mean swapping the current skin layer for another one depending on physical statistics. This is a common method used in most games whenever trying to change the look of an object. For example damage to a car or outfit for a character. 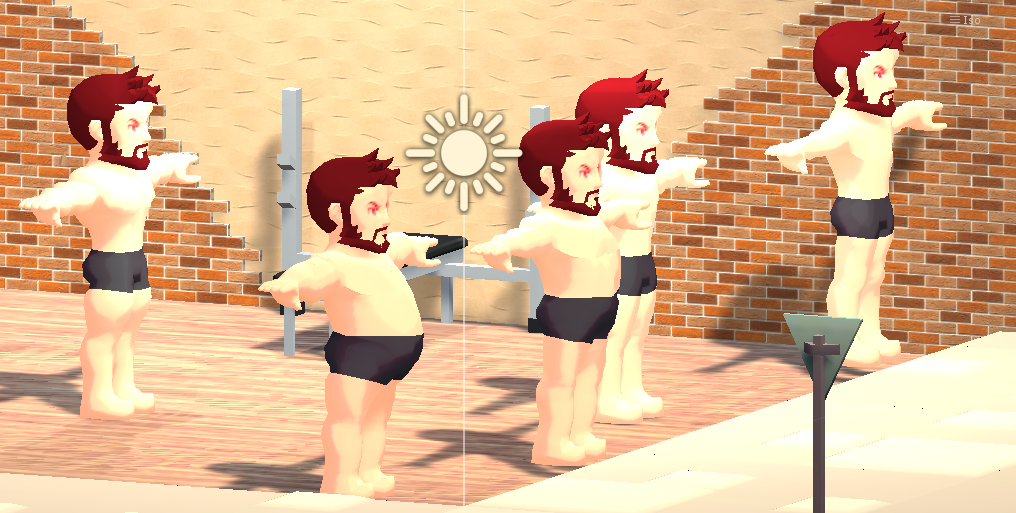 There are currently five physique states: Skinny, Fit, Chubby, Fat, Beefcake. Upon trying to simply swap the Mesh Skins we faced two problems. The first was that for some reason the Fit model used a different number of bones to the other models. This meant that when trying to change to the Fit model from one of the others, some strange distortion was going on. It kind reminded of something from Stranger Things! 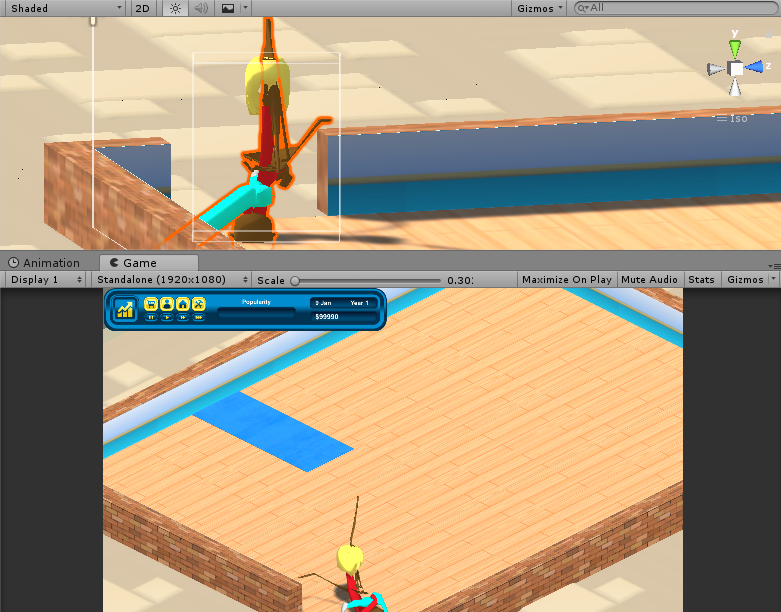 The second issue was that when the models did swap correctly, for example from Fat to Chubby, the animation was lost. After the change the model was just static.

I'll save you the tedious details, but let's just say there were countless hours and lots of late nights head scratching and trying different approaches. From rebuilding the Fit model to considering destroying and recreating each client every time their physique changed. Destroying and recreating the clients was the very last option due to the big performance impact it would make and was something we really wanted to avoid.

After about three weeks we were considering skipping this client physique feature for the demo and adding it to a later build. It had already taken up three weeks and it didn't seem sensible to keep delaying the demo. We decided to give it one more day and if it wasn't solved to just move on. 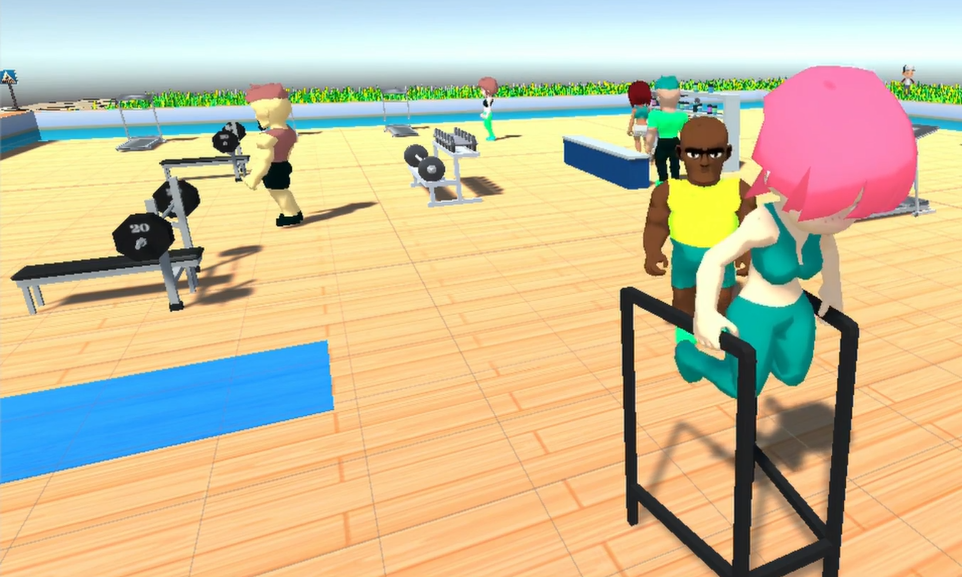 No Pain No Gain

Something I learned very early on in game development is to not try to reinvent the wheel. We decided to Google to see if any other developers have faced similar issues. To cut a long story short we came across a utility someone had created to remap Skin Meshes to bones for exactly this purpose. A bit of tinkering and playing around with SkeletonSkin and suddenly the clients were losing weight and packing on muscle!

It's added three weeks on to the alpha demo release date and it almost didn't get put in. But now the client physique feature is in, Gym Empire is another step closer to being the fully immersive gym tycoon simulation and management game we know it will become.