At the moment, the Olvand public servers are run by two volunteers. With this post I want to see if I can find a few more.

In september 2012, I published [a post] asking for people who wanted to host an Olvand server. A lot of people responded, but some of them turned out (1) not be able to run a server or (2) not that interested in being a hoster after all. Fortunately two people, TomasOlsson and Johnlier, managed to do it, and still help hosting to this very day. I cannot thank them enough; it hard to describe in words how much their help has meant to Olvand's development. I estimate over 150 people have played on their servers.

However, they are of course real people with real lives; understandably, they don't sit at their computers all day waiting for messages from me. That means that, if the servers have crashed (which still happens every now and then) or have been taken offline (because there were relatively few players), it might take some time before the servers are online again. The best solution for this is of course renting a server somewhere which I can control myself, but for now I want to solve it by trying to find more hosters. You know, just to be a little less dependent on those two great people.

Host a server which is online most of the time, and is reachable by all other testers by typing 'testserver5' or something similar. All other testers know your server exists, and will probably use it if they're not playing with friends on a personal server. 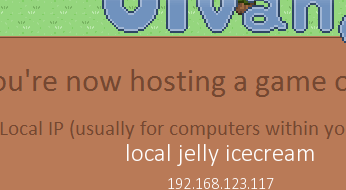 If you're interested, please let me know in a personal message here or at olvandgame@gmail.com.

You've got a email.

Sent you an Email as well :)