It was a cold New England day and my head was reeling from the long crunch ending just hours before I pulled myself out of bed that afternoon. As usual I kept to the groggy rhythm of checking emails, responding, updating etc. I went into the garage for a smoke or two after, quietly gazing at the relic of my old car while noticing a similarly pasty white typewriter peeking out from under the dusty yellow plastic bag just inches away. It was propped up by old furniture and other disparate objects of course. I wondered, how was it that I found myself here again? Contemplating the same old things that seemed like proper motivation just months prior.

I took to investigating the typewriter for anything that might tell me what it had been through. How had I just noticed it? Over time I grew into a deep respect for physical goods, computer hardware in particular. Unlike software, the hard tangible result was unmistakably yours. I was again reminded of it’s sturdy design upon touching the cold carefully spaced keys that gave only slightly with pressure. Eventually producing an audible *click*, to my satisfaction.

Instantly I thought back to when tossing indestructable Nokia’s around the middle school cafeteria was considered a good time. I retrieved a scarred iPhone from my pocket with the intention of Snapchatting my discovery when the buzzing began. It was Sunday and I had promised my team I’d be done rewriting what we lost by midnight. I finished half a day early.

I stepped back outside and my phone kept buzzing. The weather had turned gray. Pockets of snow lined the shaded walkway, desperately grasping for pockets of Winter in the Spring. We had lost three months of code to some freak accident involving backups and fatigue. I always said that there are reasons and excuses for why things happen. The latter usually being a cop-out when presented. The former typically accompanied by a solution. Whatever the reason, what was done was redone.

By the end of March we had commissioned more art using new money that had long since taken the place of what we raised via crowdfunding. We wrote better stories and code in a feverish attempt at getting Triple X Tycoon to a playable state we call the Dev-Alpha. Which is used primarily for internal testing and isolated builds. The game engine was made leaner and more features put on the block. There was just enough to give someone an idea of what the game could be, should it be completed before our last pissing-pot dissolved into dust. It was time to get the thing seen again. Shinier, grittier and sexier than ever.

What’s interesting now is that although we’ve reached this milestone on our project, we’ve had to re-evaluate our position as a company participating in this particular realm of gaming. We’re a small company operating in a market known for covering a wide range of interests making a product that tips the scale toward explicit content while still managing to appeal to a diverse group of people everywhere. People like you, people like me.

Before I left town last week I had a discussion with one of my co-founders about the future of Joy-Toilet over a stained glass table in the backroom at my day job. The kind of table associated with cocaine, although our drug was visualized diagrams and abstract representations of metrics that resembled the screen of a heart monitor. This was our lives, our time and energy reduced to stacks of paper. Which then led to a discussion with our own fans about the game and what their expectations are. These things all inevitably led to us recognizing that our project by design is always going to be at odds with itself.

You see, Triple X Tycoon is a business-management game that focuses on the adult industry. And that last part is pretty important to the idea no matter how you spin it. So our middle ground is that business and sex are consistently held together by the relationships people establish. Performers usually establish some sort of working relationship with one another with the ultimate outcome being profit. Big business is held together in similar fashion. Build a framework to represent complex relationships and you have the basis for growth and profit.

All of that and you still have to draw the line somewhere. Adult games have a checkered past in terms of quality with modern adult game developers frequently carving out room for themselves within the various subgenres and crowds they appeal to in order to explore their tastes. With Triple X Tycoon we want to take adult gaming and expand it into something as many people as possible can enjoy. All of them knowing damn well, upfront, what they are getting into. Drawing on some of the old design methods from companies like “Sierra” On-Line Systems, Tsunami and CDV. We want to re-instill that vintage class but with the subtleties of lust mixed with a more modern pull of vibrant colors, wacky art and stylized music. 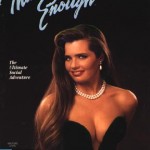 It’s been a long time since we started this project in September 2014. We’ve seen a small handful of other smaller similar titles come to market in the past few months which serves to validate the idea that people do want for something considerably more polished than what’s been produced in the past. This leaves us with very little choice going forward, and so we’ve built our tech to scale.

The goal right now is to reach a place where we can all work full-time toward getting this thing out to our fans and backers sooner rather than later. Although maybe coding all night actually works in setting the atmosphere for the game. I wonder what the frontal lighting and dark backdrop does for my sex appeal considering that seemed to be a popular theme on the covers of adult games of days passed. I mean, I’ve even got a mustache.

PS: Vote for us on Greenlight if you enjoyed this piece!