An overview of the lessons learned from showing the game at Insomnia, and what has been applied in version 0.0.5 of City of the Shroud.

We’re happy to announce version 0.0.5 of City of the Shroud is now available for download! Grab it here:

Scroll down for patch notes!

We had a great showing at Insomnia 56 in Birmingham from December 11-14. I had the pleasure of attending the show with the ever-wonderful Matt Gambell, developer of RPG Tycoon. Matt is not only a skilled developer and wonderful human being - he is also talented with a camera (both still and moving!). He has some great shots up on his blog, which you can check out here. Thank you to everyone who came by and played the game!

The feedback from players was tremendously positive. We got fan mail and people are also really enthusiastic about our community-driven story, which is super encouraging. Being a bit of a niche product, it is always rewarding to see the game ‘click’ with users.

We did learn a lot about how players are viewing and interacting with the combo wheel UI system. Contrast, movement, subtle directions - all of these things are playing a role in how people are using the wheel, and being able to see this up-close was extremely valuable. Our latest updated includes the UI changes we developed in response to what we saw!

Here’s one of my favorite shots from the show (RPG corner!!): 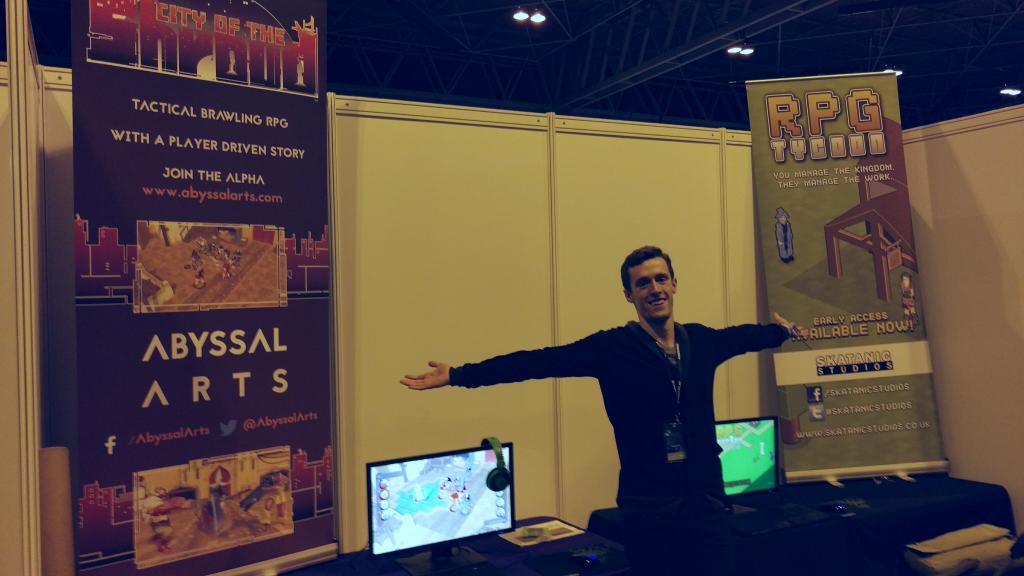 Following Insomnia (we’re getting enough sleep, don’t worry, Mom), we set about updating the game with some things we’ve had in the works for a while, namely our real set of Mage animations and an updated game camera. We’ve also added several new features, listed below:

Did you notice the bit about player inventories? Just to geek out for a moment here, that means we have the fundamentals of our equipment system in and working! As the game gets built, more gems that have more dramatic stat effects will be introduced, so you can enhance and alter your characters to behave the way you want. 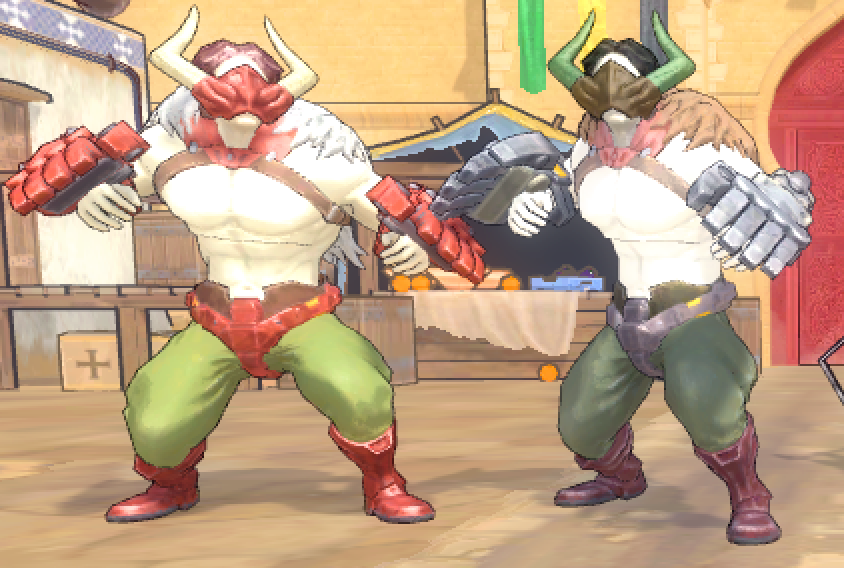 With that, we wish all of you a very happy holiday season! And we will be opening the new year with a very big announcement, so stay tuned!

So happy that Insomnia and meeting with Matt Gambell went well for you! It sounds like a very positive experience. I totally get the feeling of making something niche which you're not sure if people will receive - seeing people 'get' that work means so much.

Thanks! Matt's a great guy. It's been really rewarding to see people react to the game so well... makes it all worthwhile!

Wow Impressive visual! I will try to play your first version really soon! Continue to do your best ;)

Thanks! We'll do everything we can! We have a Kickstarter coming on February 2, so we'll have to ;)