Post news RSS Less than 15 hours to back COLUMNAE: 100% Funded and Greenlit on Steam

Kickstarter campaign for COLUMNAE: A Past Under Construction has now reached its goal and has also been Greenlit on Steam.

Great news! COLUMNAE Kickstarter capaign has now reached its €40,000 goal! The game has also been Greenlit on Steam. With less then 15 hours left to back this project, it's perfect time to get the game for €13 (~$14).

Don't forget that we now have German and English versions of the demo you can try, as well as Mac and Linux builds available! Donwload them from the campaign page. 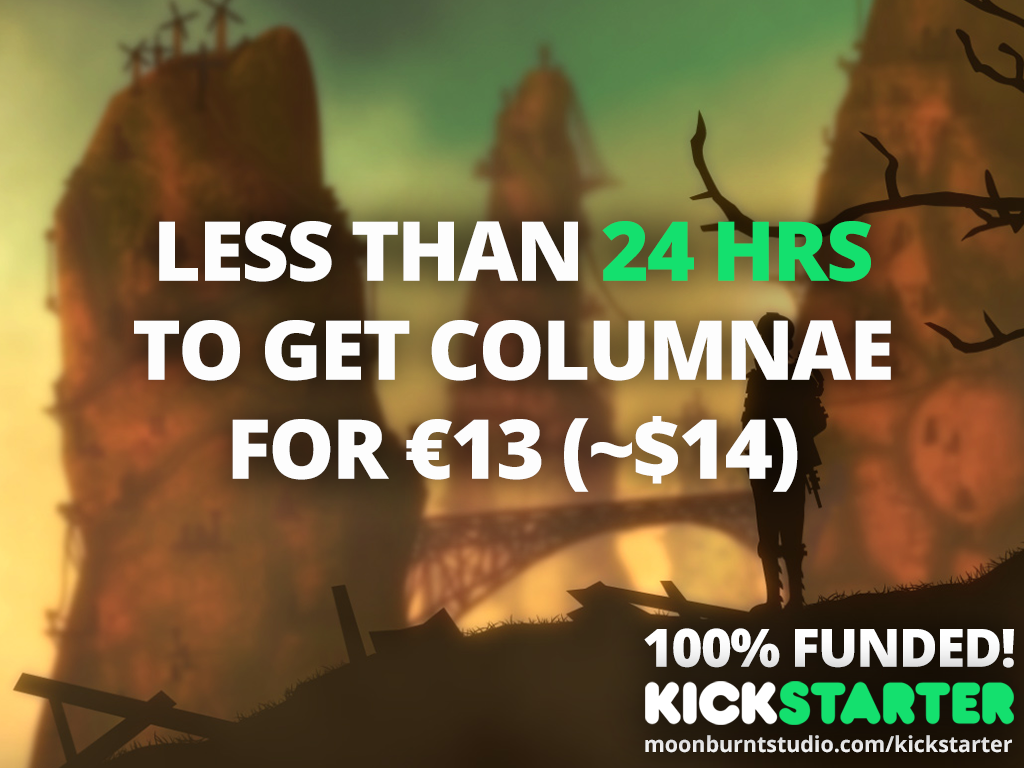