So after 2 years break in previews we returned with new video number 14. This time we showing what we accomplished in current milestone.

Milestone was pretty big because it contain different parts:

The first part went pretty smoothly. Problem started with second one which required some tweaking to make iteration time as low as possible. For example one of blueprint was created from a few thousand boxes so exporting took some time because we were removing duplicated vertices. Of course engine or exporter don't know that geometry is just box. Because of that each box was processed separately. In the end we used fact that blender know that different object sharing the same vertex data. Except optimization like that we done lot of bug fixing in editor and recover few functionalities which were broken in all happening changes.

The last part was tricky because we searched for generic solution which would be easy to expand and in the same time was fitting existing systems. Our answer for this requirement was simple graph system: 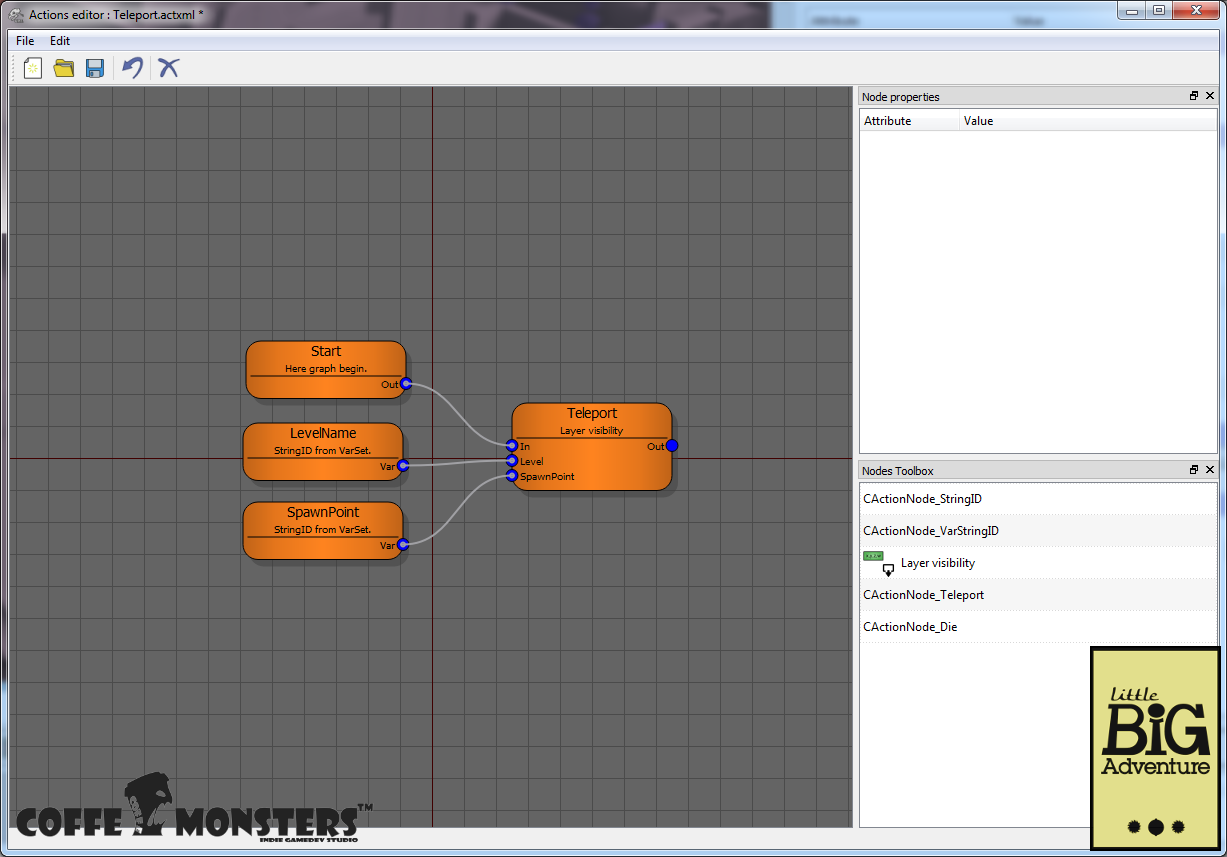 Thanks to it we could expand this system however we want because we make it in the way that adding of new nodes is really simple. Of course it still require a little bit of love but even in current form it allow on a lot of cool stuff.

Except milestone task we created a lot of improvement. One of them is new camera modes which you can see in movie. We probably will use top down view inside buildings and outside we will leave choice to player. Reason behind this is that if use 3rd person view camera inside buildings we would need to stretch them to make space for camera. Right now because of collisions camera ending right behind Twinsen back what making movement really hard. You just don't know where you move.

With this milestone finished we can now move to another one which will improve Twinsen movement and bringing a lot more gameplay into game. In the same time when I focusing on gameplay Alejandro developing new look of game. Thanks to that we are able to parallel our work on different part of game and really soon you should be able to see effects of his work.

Awesome :) Can't wait to see it all textured!

Thanks but what is not textured already will never be textured :P This objects are placeholders which need to be replaced with final mesh.