Gameplay video and screenshots of our latest version of our project called Mercury Shift 3D. Some information about the older 2D prototype version and what has been changed.

So these are the latest screenshots of our game Mercury Shift 3D (working title).
Imgur.com 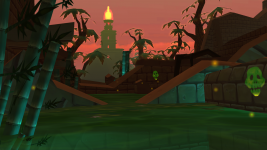 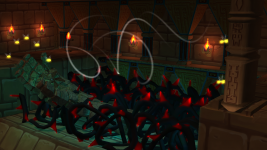 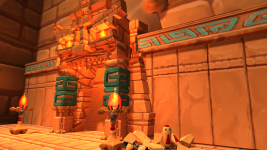 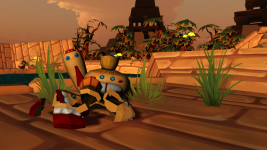 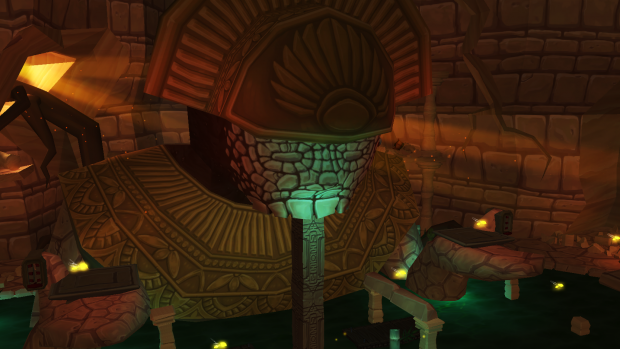 The game in general is a puzzle platformer with a very unique mechanic which we call “shifting”. The shift allows you to exchange your mass between your characters in order to become smaller or bigger.
We did a first version of the game in flash about a year ago. You can check it out on kongregate here. Originally the game was developped exclusively for two players since it was our first project ever as a team. Therefore we designed all our mechanics specifically for cooperation between two players. We put a lot of emphasis on interaction like lifting and throwing each other around or helping someone climb to higher places.

We found that the 2D version has a lot of potential but flash is not the right platform for this kind of game.Not too many people play flashgames together and we had a lot of issues with controls (two players on one keyboard is rather a pain in the a). Nevertheless, we love the concept and think it has a lot of potential. That’s why we started to develop the game in Unity and improved the game design as well as art and code. You can check out the latest gameplay video of the newest build here on youtube:

The most important changes in relation to the 2D version are:

Since we really put a lot of work in the project, our dream would be to develop it for real in the near future. That’s why we need to design a singleplayer.
It will be a great challenge for us but we are already working on it and I’m pretty sure it will turn out very great!

Stay tuned, I hope you like the concept
Any feedback or criticism is appreciated.

Just for the interested people: We have a devblog with a bit of background information here: Klonk-games.com

I'm one of the artists of this game and happy about any feedback. Feel free to ask questions if you have any :)