I would like to dive a little deeper into the creatures of LoF. You see, Yokai inhabit the world of LoF, and can possess animals and humans alike, changing them into the monsters you will face on your journey. Low tier Yokai inhabit animals, this is an example of how a bunny will transform if possessed by Yokai.

Hey there LoF fans! Time for another weekly devlog full of awesome content! It's been a pretty busy week and I'm really liking how the game is starting to shape up now!
I wanna dive in by sharing our first official dungeon boss, The Stone Weaver! The design was presented by Zane this week and it had me really excited! I can't wait to fight this in game! 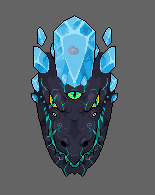 This is simply the head of the creature. It is going to be a snake like creature, the actual gameplay and moveset is already written down, but I won't be sharing that this week. But who knows, we might have some really awesome gameplay involving it next week. It's heart is located inside the large crystal in the head. Once the heart is exposed, it can be damaged.

Next up, Zane has been listening to the feedback in regards to the maps to make them look less tiley, and has come up with some really awesome new maps! 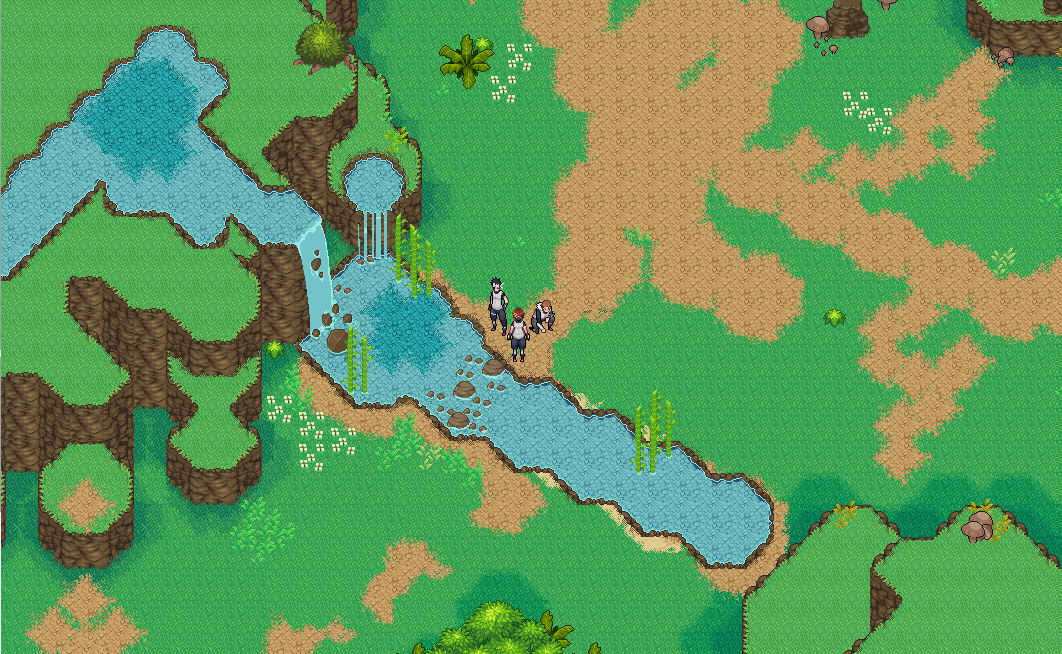 And I gotta say, it looks absolutely terrific!

Speaking of maps, this week I shared a video demonstrating how we convert Zane's hand drawn maps into a readable version the engine can read. This involves setting up bounds and separating objects that are placed in a single layer. Originally Zane had to place every single object in its own layer, but that proved to be troublesome and tedious. You'll also be able to check out the first part of the town in action!

In order to fill these maps up, we will be including animal mobs that spawn and roam around for you to interact with. Wether that be slaying them for their pelt, or breeding them is up to you!

I would like to dive a little deeper into the creatures of LoF. You see, Yokai inhabit the world of LoF, and can possess animals and humans alike, changing them into the monsters you will face on your journey. Low tier Yokai inhabit animals, this is an example of how a bunny will transform if possessed by Yokai.

So make sure you're prepared, because not everything is what it seems! SulLight will continue to expand our creature database this week.

And lastly, something that I seem to be more excited than anyone else, is our login system! Going back to last weeks GIFs, I've finally set up the actual functionality of the login system. But what has me really excited is that players can login using their Lofrp.com account!

The login and register buttons are only temps and will be changed this week!

So if you haven't signed up already, feel free to now! It would be nice to get the website and forums busy before the actual release of the game.

Our twitter has been receiving a lot of traction lately so be sure to check it us out and follow us if you already haven't! We have been posting very often and will continue to do so, so that'll be your best way to catch what we're working on before it's posted in the devlog as well as other stuff that may not show up on here.

Oh and we finally have a company logo! Been waiting for this since last year really, but it ended up being awesome! SulLight did a great job on it!

That's all for this week! Can't wait to share all the awesome new stuff in the works next week, see you all then!

i love the level redesign, is amazing!

Thank you! It's mostly thanks to the great feedback we've been getting.

It looks like a nice game. I want play