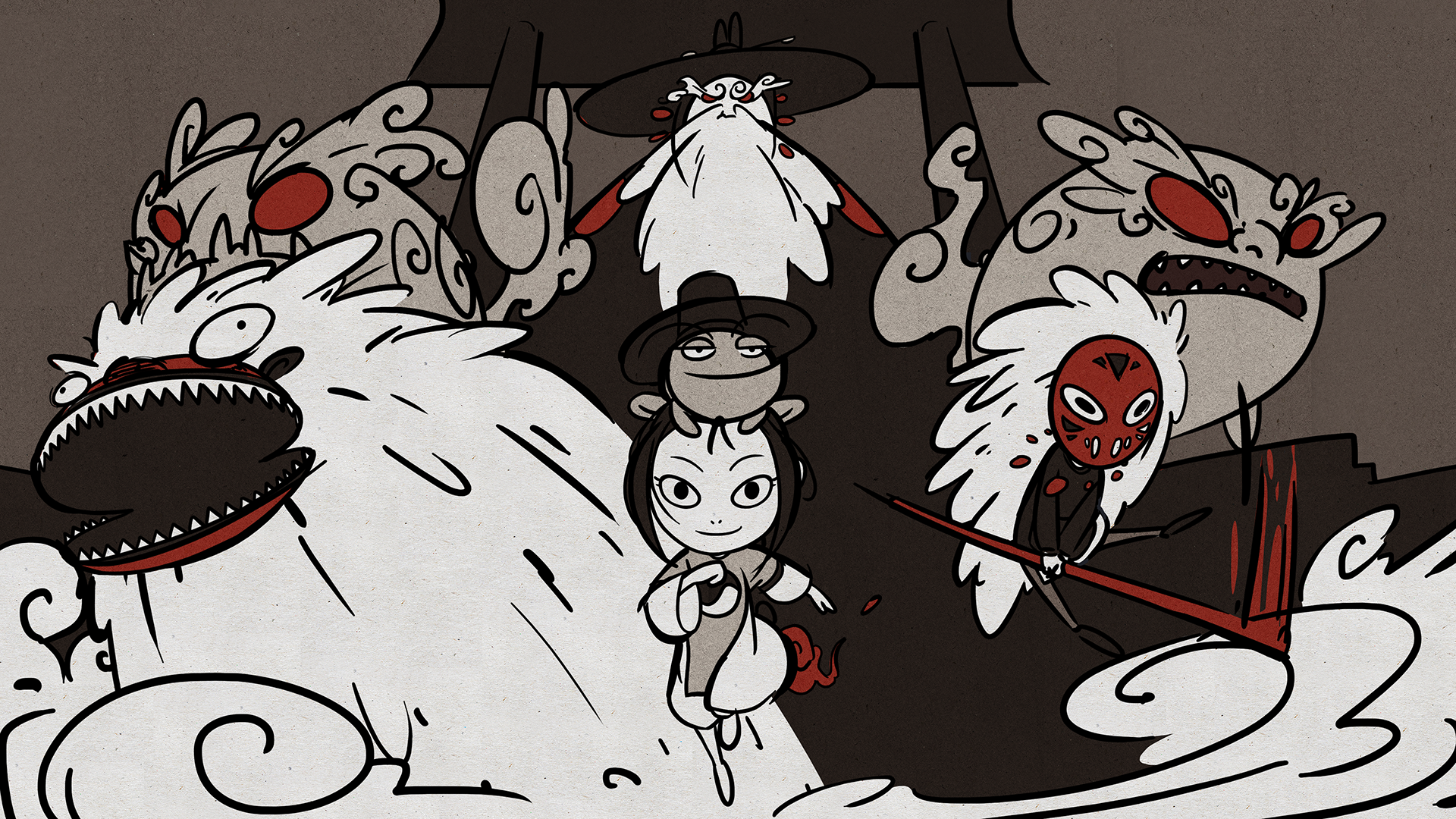 We are small indie game dev studio from korea !!

we used only 3 color (Black/White/Red) on game art and it's based on korea tradition art style :)

I thinks 3 Feature of this game 'After Death'

I really hope 'all Indie game lovers' like this Game & Boss img :) 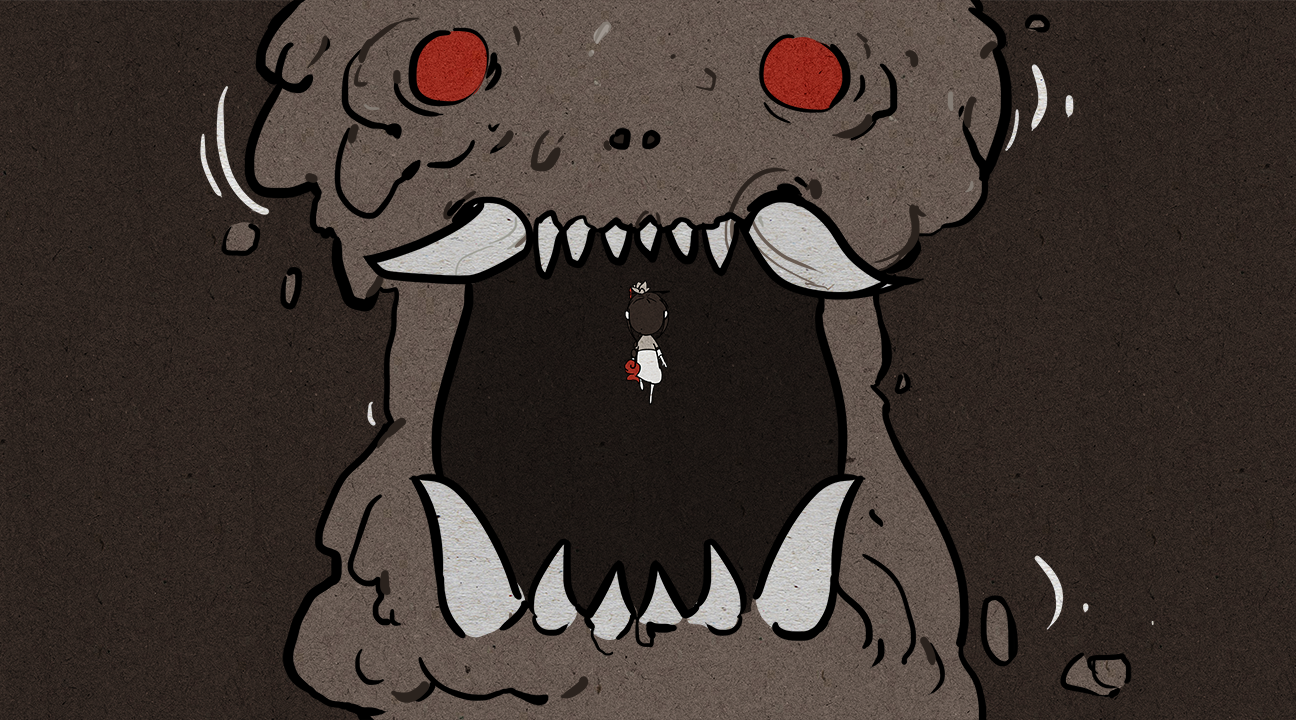 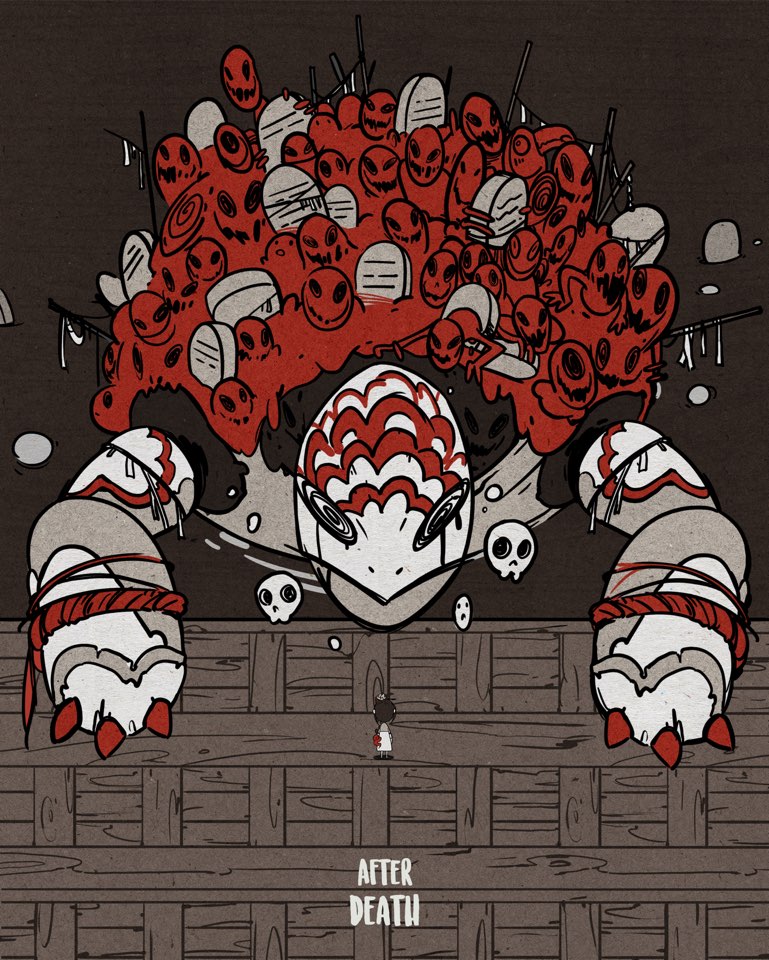 Hello! We are Rootless Studio, an indie-game developer made up of 3 team members
We are happy to announce the 2st teaser(game prologue and game play) of our first title "After Death".
"After Death" is an [Adventure RPG] based on the Korean folk tale of "Princess Bari". As a fan who really enjoyed and was deeply touched by the "Earth Bound" series and "Undertale", we tried to make "After Death" a spiritual successor to them.

1. Game play style : "After Death" is designed with an emphasis on freedom. There is no linear story-line -- the players create their own story with their choices and actions. Meet the friends of the Afterlife, with distinctive and unique individualitiy, and discover many Easter eggs hidden throughout the game!

2. Game plot : As "Ah-reum" gives up her own life for some reason and enters the Afterlife,

Join our community and get some new info :)

The After Death Adventure
Related Groups