Background lore for the Kingdom of Erskine in the highlands of Aerune.

The Kingdom of Erskine resides in what the Aginnum Empire labels the Chalcedon Mountains, where the current residents have thrown off any worry of Aginnum conquest and even unofficially renamed the highlands "Sléibhte de Erskine" or "Mountains of Erskine" in a cheerfully obscene gesture to their former Aginnum overlords.

The Erskiner Tribes have a common folk tale about their kingdom's creation: That when demons ruled the mountains, a pack of wolves fought to reclaim their land. According to this same folk tale, the Erskiners are descended from these wolves, and so they fight with the ferocity of a wolf, in order to honor their ancestors before them, and keep their land free from the "demons", who until recently were the Aginnum Empire.

The less superstitious, educated Erskiners claim that their people migrated from lands north of the lake after the then-recently-formed Kingdom of Swangarde took the lands there from the tribesmen living there. They also see a greater threat in the Hernar Empire than the threat in the Aginnum Empire. After all, the ancestors the tribes speak of had to fight in Ragnvald's first invasion of Aerune in 203 A.D., and the "demons" almost overcame the Kingdom of Erskine again.

This time, however, the Kingdom of Erskine is stronger, but so is the Hernar Empire. With Ragnvald resurrected and the undead armies of the past rising with him, the demons truly are returning to Aerune, and Erskine is one of the counties on the frontline against the Hernar. This is enough on its own to unite the tribespeople with the nobles of the Kingdom of Erskine against the threat, but they also have to worry about the Aginnum Empire and their newest Southern neighbor, the Aphillius Dominion, both of which although in civil war, are still strong enough to successfully catch the Erskiners off-guard should an all-out war with the Hernar Empire become a reality.

The Kingdom of Erskine prides itself in its independence, and its people are hardy mountaineers, but they lack the proper equipment befitting armies of the period, and the split between 3 fronts is no help when the Hernar under Ragnvald rapidly approach the lands of Erskine. Perhaps there is room in the Erskiners' scroll rooms for another legendary hero who will save not only their lands, but all of Aerune.

The Kingdom of Erskine in battle: 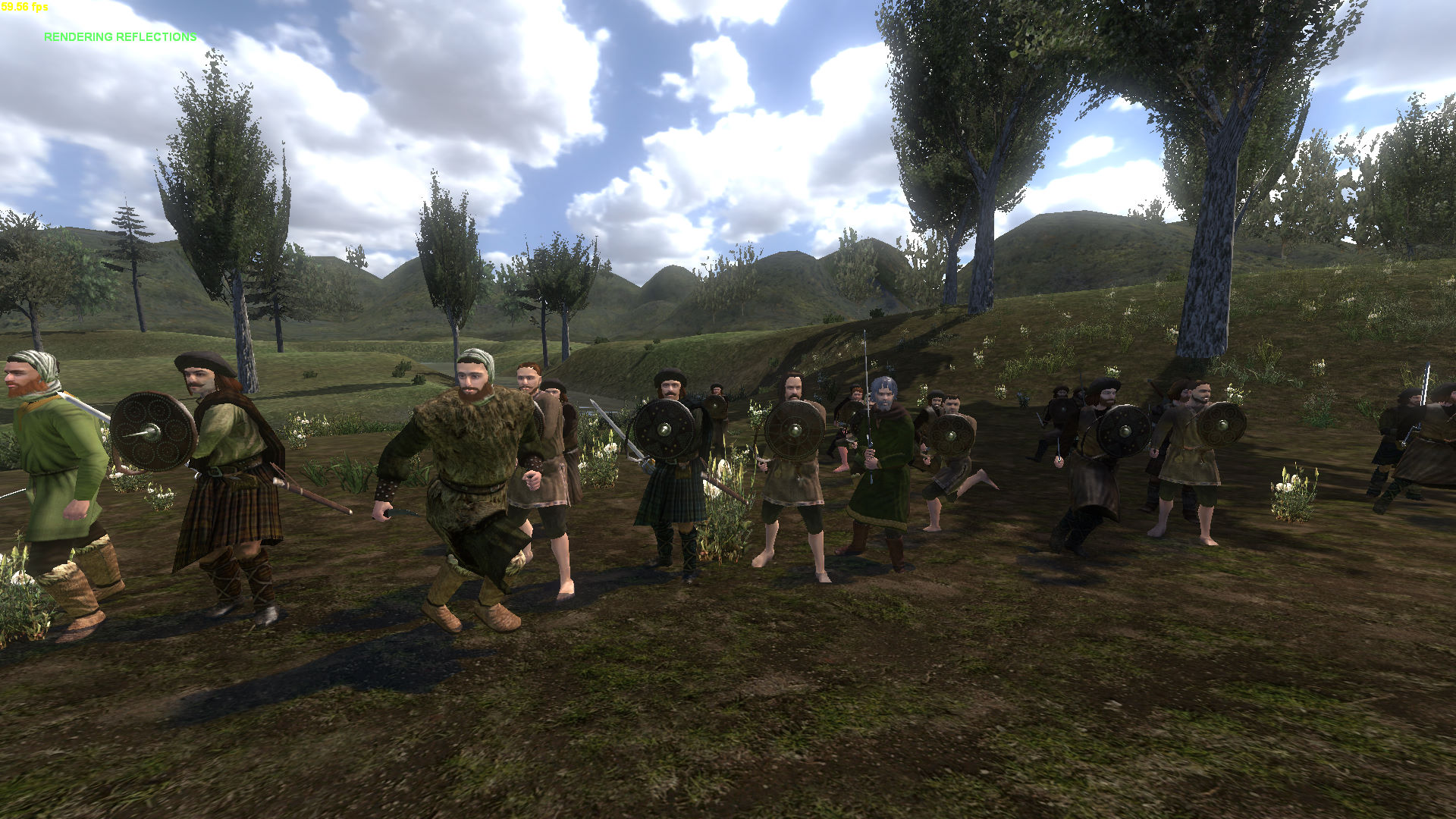