We have just ran a Server test with our GM's and CP's aswell as a few of our players.

Today we ran a server test with all our GM's and CP's. We also had a few testers join us with the first wave of keys that went out. We wanted to take a few pics of us all enjoying the game so here they are: 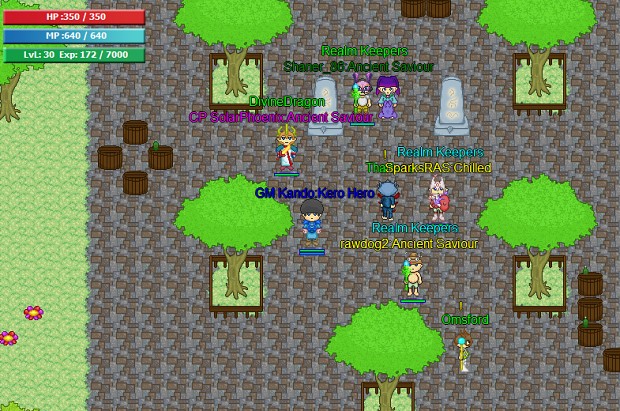 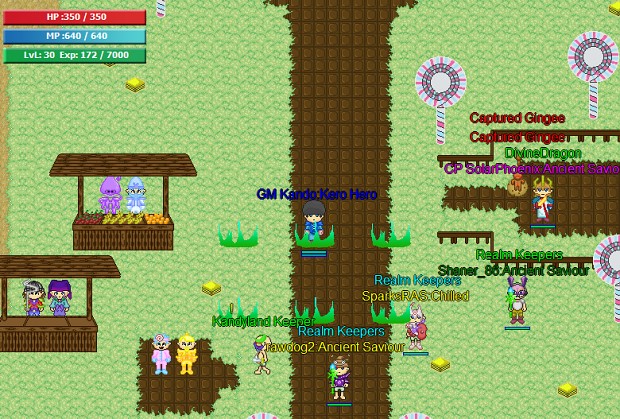 Todays server test was very successful in terms of the server had no issues that were not already known. The latest update has also improved the loading times and experience scaling in the game. We constantly strive to make sure the updates we push out are improving the game in various ways for everyone.

This also includes the start of our Guild V Guild open world PvP System which from the pictures you can see there are now several guilds in game recruiting new testers. To create a guild it is 1K krad and you must be level 15+. You can then invite players to join your guild to help your efforts in the world of Kando. once you have a guild and friends in it you can then fight other guild's players aslong as your not in safe zone and both are level 15+. As always though, killing innocent players will cause you to become a PK(player killer). When you are flagged as a PK you are not safe no matter where you are including safe zones. Killing a player will not make you a PK and will remove the other players PK rating.

We also wanted to let everyone know that we will be streaming the game again on Twitch.TV who we are partnered with. You can visit the stream and join in the chat live at : Twitch.tv 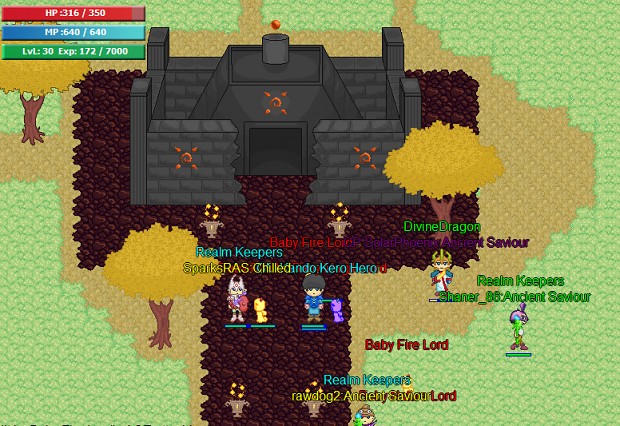 We have also started our Indie DB forums. So come on and join in the fun! Our testers and staff will be using it so if you want to know something about the game and they have the answers I'm sure they will be happy to answer your questions.

We are in the middle of setting up a stream team so if you stream and love Kando let us know in the forums and Shaner_86 will get back to you. Post it under the general section with title:(Your name)'s Stream App. Shaner_86 is the Community manager for Kando and is probably the guy you all know so make sure to check out his stream to get ideas on how to run yours. 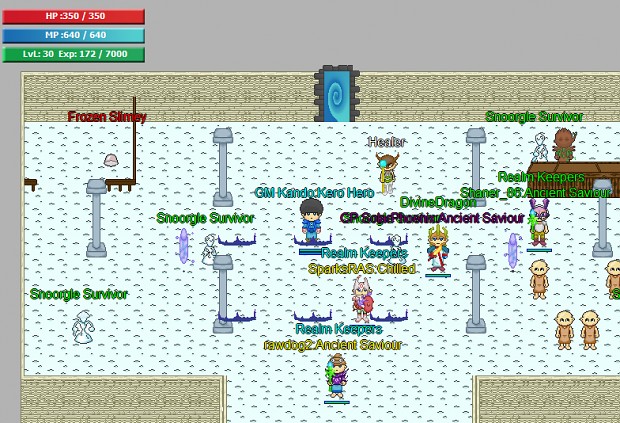 Until next update we will see you in the chat room on Twitch, in our Indie DB forums, in game for all the lucky key winners and on Skype for those who have us on there! 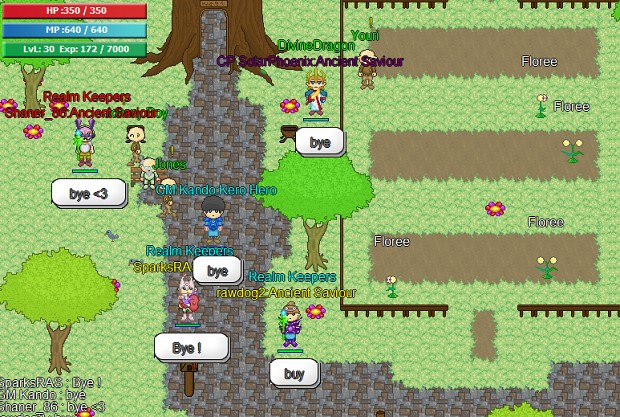 That is what? These are screenshots we took while we were running a server test for Kando World.