MOTY has almost finished but we'd love it if you could spread the word and get even more people interested in the project!

The team would really appreciate it if you loyal fans could help us spread the news about the mod so we can get as many votes as possible!

There's just 1 day left for voting for us as the 'Best Upcoming' mod of the year.

Here are some posts we have made on a couple of sites:

We have made some threads on various different forums, but we'd love it if you could make your own posts too! Even little things like creating a link to the mod on Twitter or Facebook can really help!

If you haven't already voted, here's what you have to do:

When you click on the image below, you will be taken to a page where you will have to click on a game and vote for a mod for that uses that game's engine. We are in the 'UPCOMING MODS OF 2012' section, under 'Crysis 2'. 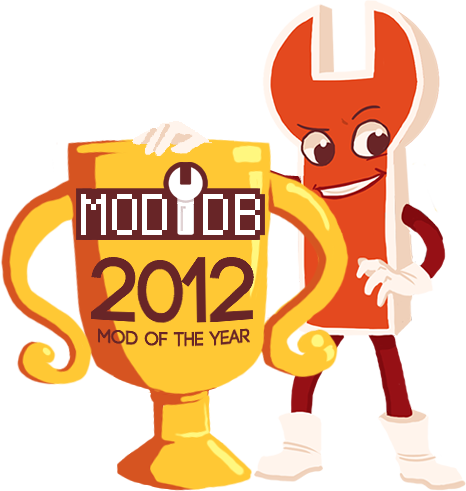 Thank you very much for supporting us and your encouragement really helps us make great things!

May the force be with you,

Yes! The force is strong with this mod.I also like the preview picture ;).

Thanks. But I didn't make the preview picture, I found it on the net and thought it was funny. :D