Four months ago, we invited you to embark on an adventure with us through Journey For Elysium’s development. It is time now for the last chapter of our odyssey. For this final article, we’ll drop anchor on the story of Journey For Elysium.

Before reading, please watch the Dev Diary video about the same subject to go along with the article:

THE BIRTH OF A HERO

Every project starts with an idea. For Journey For Elysium, we took most of its inspiration from Ancient Greek tragedies and modern adaptations on them. These classical stories are usually based on the gods and how they get involved in the everyday life of the mortals. We really liked this concept of all-mighty gods, messing with humans. They use them as pawns in order to bring their grand schemes to success, regardless of what it could cost for their victims. Ordinary people have no choice other than being subjected to their fate and follow the will of the gods.

We thought it would be more interesting to follow the life (and afterlife) of a character whose path has been altered by a superior force and tries to take back control of his fate. However, we wanted to tell these stories in a different way, with our own spin.

We usually see in movies or games the protagonist having supernatural powers or extraordinary strength, going into the “chosen one” trope of hero who has everything going for them to succeed. Just look at Assassin’s Creed, Clash of the Titans, Dante’s Inferno, Saint Seiya, Hercules, etc... We rarely see these stories told from the victims’ point of view, especially not from the eyes of a common villager. We thought that would be a perfect starting point for our story. So our “Hero” came to life.

Moreover, we wanted to show what happens to this mortal who has been used by the gods after he eventually dies and ends up suffering in the afterworld. Our goal was for the players to feel compassion for the protagonist of our tale. They should want him to succeed and feel what he feels. We want them to root for his success, help him overcome his hurdles and achieve his goals.

Once we had defined our main character, our next step was to bring his story to come to life... 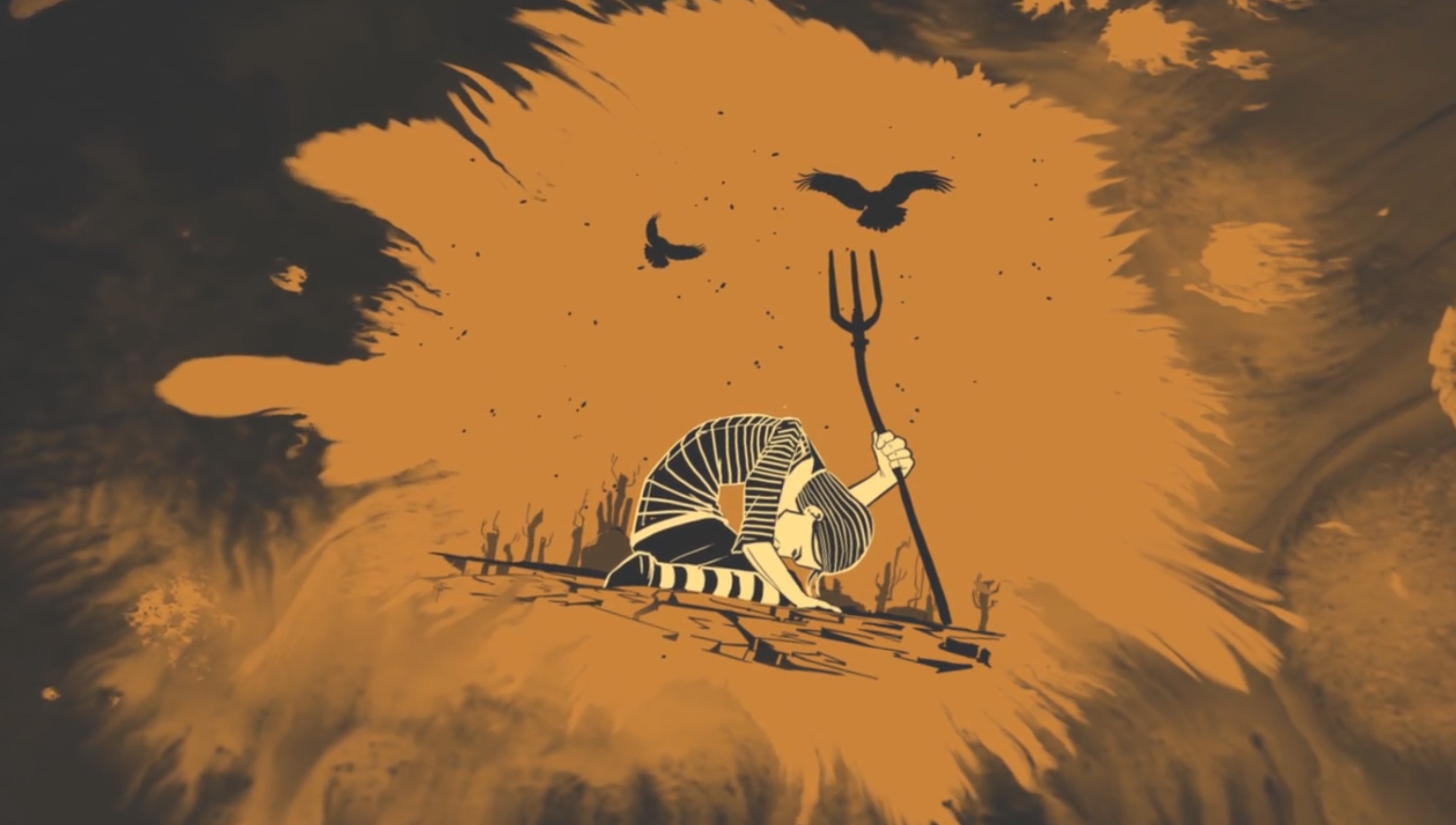 TELL ME YOUR STORY

The story of Journey For Elysium was conceived in three phases. The project started as a prototype and the first step were the mechanics. We built the game with key features that we knew were going to be in the game: we knew it was going to be a VR title and we knew it would be set in the Ancient Mythological Underworld. We also wanted to have unique gameplay elements of a certain level of immersion that only VR can offer, like rowing, climbing, archery, etc… Obviously, only having gameplay features doesn’t make it a game. We needed something more to pass the state of a simple tech demo.

So our next step was to create a story. This would need to be based on the rowing mechanics, the main feature of the prototype. Knowing the game is set in the Underworld, it was only logical to locate the adventure around the river Styx. We wrote a story about two brothers and a grand betrayal. It had elements proper to Greek tragedy plays that we liked and fitted into the settings. But after a while, we figured out that having a story only to cover the rowing mechanics was not enough. We had to add more depth in the game to drive the player forward. 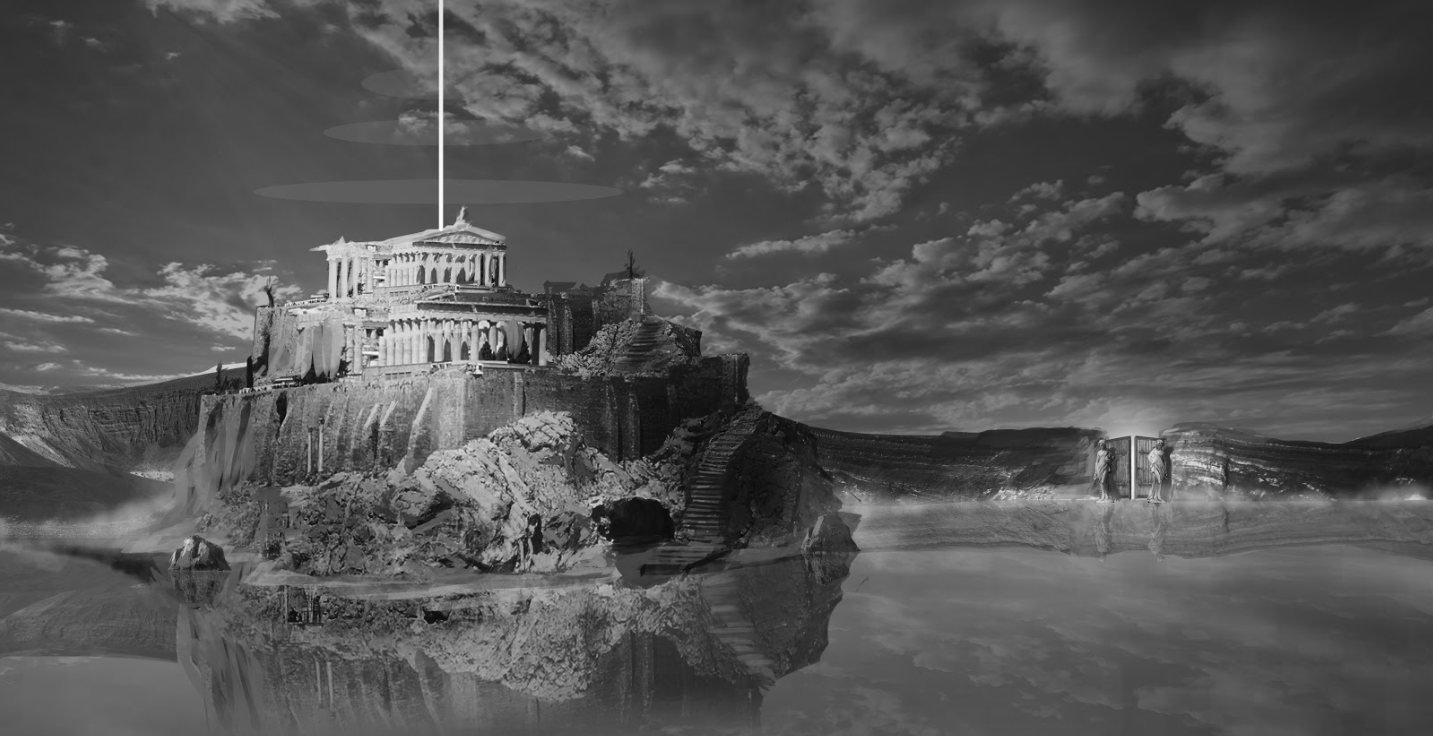 We then decided to scale up the narrative of Journey For Elysium. We put aside one of the brothers to focus only on one character. This new iteration of the story had to always keep the player motivation and gameplay in mind. The process needed to have layers to keep the players intrigued.

While playing, they would have to wonder what would happen next and why? We developed this main character, created a past and a story for him to live through. Except our protagonist has forgotten everything and would have to rediscover it by reliving his memories.

This became the core of the adventure and worked perfectly with the elements we developed previously. The goal was to be able to condense the story into a simple phrase: “I have died and I want to reach Elysium"; but because the main character has amnesia, he must put the pieces of his memories together, which creates suspense and teases the curiosity of players: What can we discover about him along the way?

We had found the story and the identity of Journey For Elysium, our next challenge was to define how to deliver that story to the players.

FIND YOUR WAY IN THE UNDERWORLD

We said it already in our previous articles, VR implies a completely new way to tell stories. In a movie or even a “normal” non-VR game, the director has access to a window, represented by the screen, to draw attention to what he wants the players/viewers to focus on. You can take away control of the camera to help emphasize important events, characters or items.

In VR on the other hand, players can wander freely in a 360 world and they only pay attention to the details they choose. We, as the developers, have no control in the player experience. And taking the camera command out of their hands could make them nauseous. You would also lose the point of having a VR experience.

We needed to find ways to guide players on the path we wanted them to follow. We have to lure their gaze to where we want. We used the golden highlights, having items or elements light up; or even by mentioning what you should be looking at in the spoken dialogues. At the same time, we had to keep into account what players are doing when they get this information: if we start a line of dialogue while they are in the midst of another task, they might miss it.

We can’t take full control of the players but we can’t give them too much freedom either, otherwise, they could feel lost. 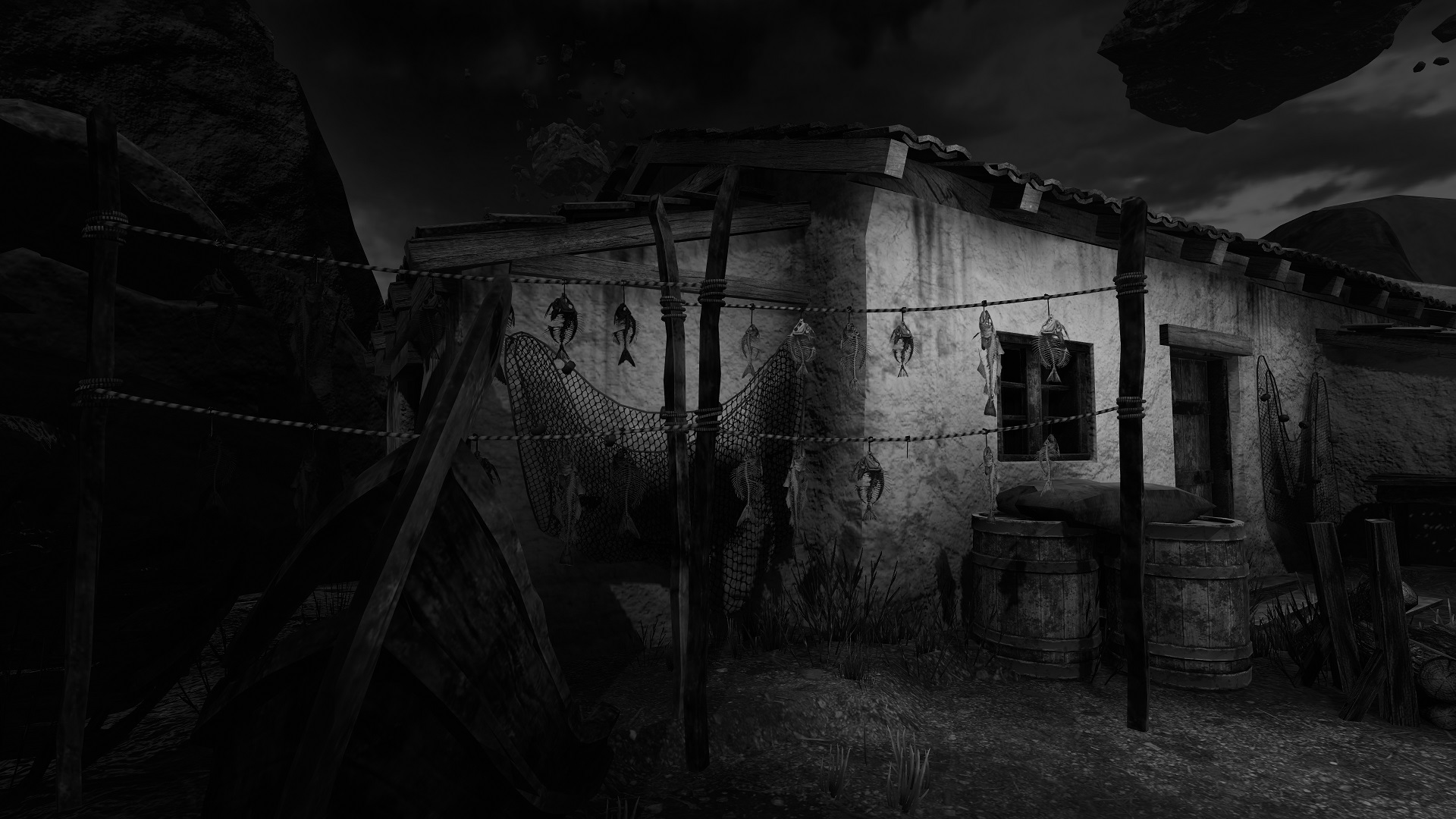 So we thought of checkpoints to bring them back onto the right track. By using closed doors, walled-off areas or puzzles you make them stop and pay attention to their surroundings. We don’t spoon-feed that the main character was a fisherman for example. But if you notice the nets and dried fish in the void, you can construct this info for yourself. A large part of the storytelling is done by pausing the player and letting them explore the world.

As the main character forgot about his past, we had the idea of using the recovering of his memories as the main checkpoints. This solution fitted perfectly: to move the story along, players must unlock a memory. And between these checkpoints, players can experience freedom. Instead of simply showing a memory, we involve the players in recreating it. You essentially become the detective in your own crime story, looking for clues and key items to move the story forward. 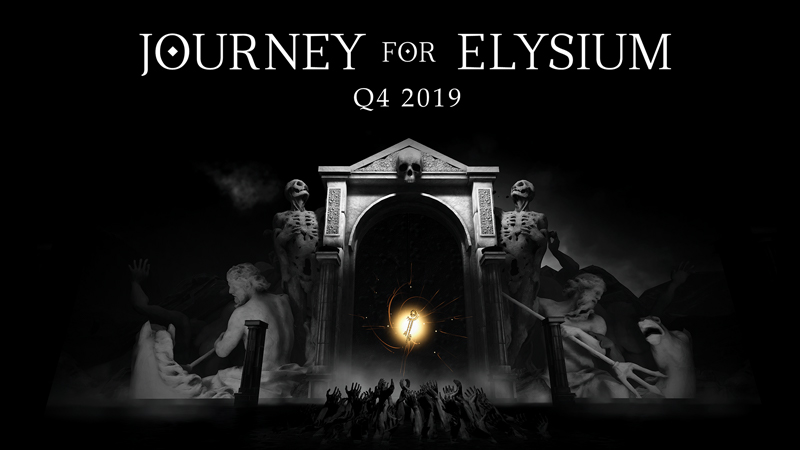 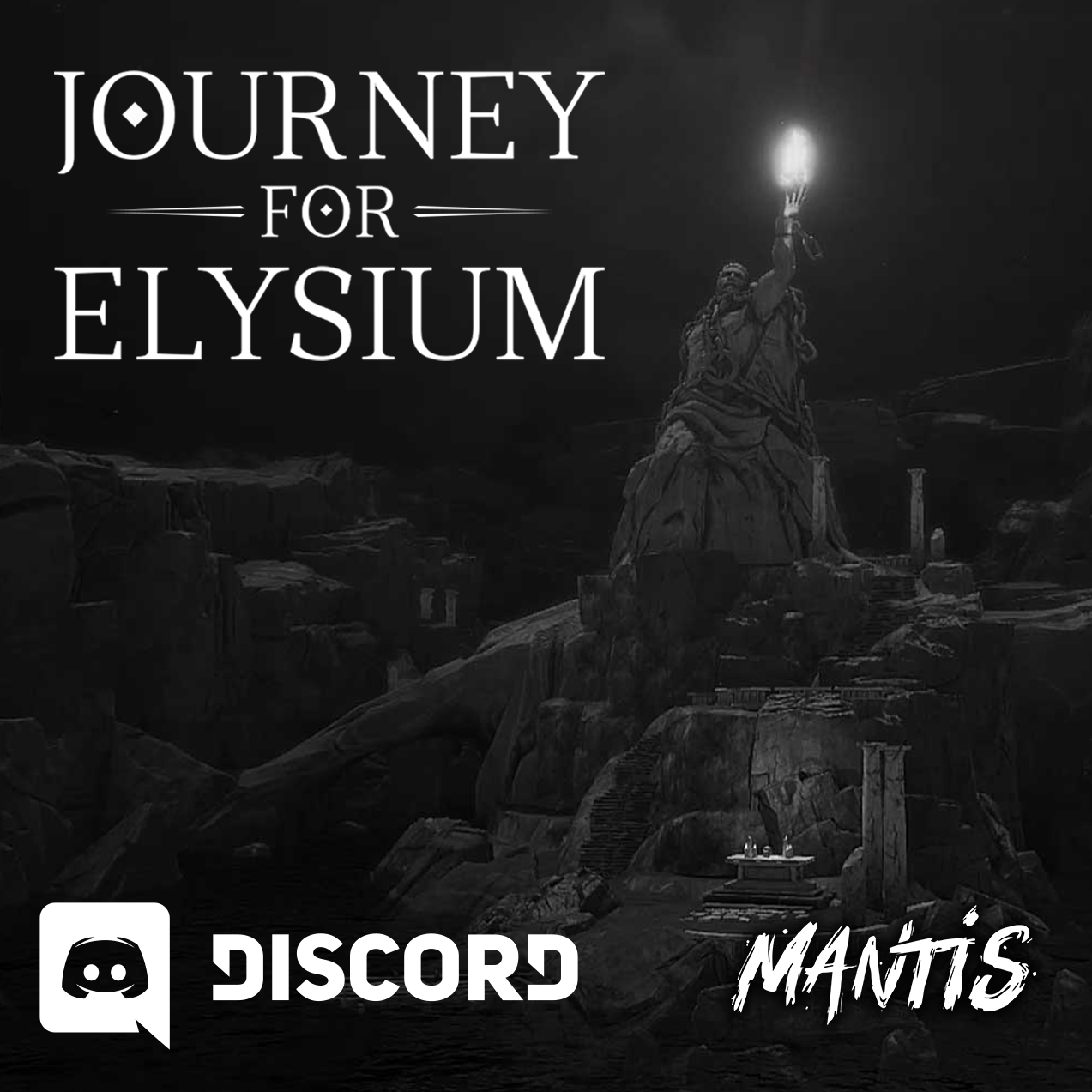 It's been crazy to see where we started with the game and where we ended up. Game development is such a wild ride :D