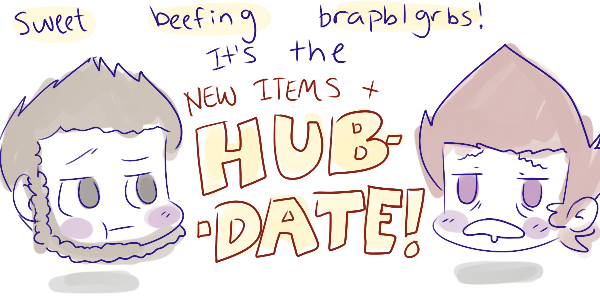 Jordan here, with an update to your maybe-6th-favorite Zombie killing game, Zombie Grinder! The most titular part of this update is the publicizing of the HUB!!! Menus are so 2012, and to prove it, we've completely eradicated that all that unsightly text and buttons, and replaced it with an overworld with shops and stuff! There is a bank, salon, hospital, and game center which you can use to organize your finances (and even gain interest on your money!), purchase new styles for your toon, heal up and purchase healing items, and of course set up Zombie Grinding excursions with your mates!! We're aiming to make the trek between HUB and game more smooth, in an "instance" style, a la MMO's. There has also been a massive balancing of ammo modifier and such! Tim's got all the changes in the launcher's changelog!

On my side, I've been coming up with literally more guns than I have time to draw, but a few of them are in the game now! Winchester Rifle (designed by the AWESOME theDarkwing54!), Acid Gun, and the Lovethrower (healing flamethrower, unlocked by healing mates!) and... DUN DA DA DA DUUUUUUNNNN!!!! BUFF BEACON GRENADES! 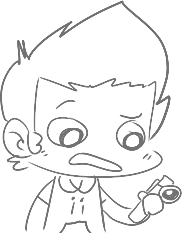 "da fuq is a buff beacon grenade?" you might be asking, in a very condescending manner.

Welp! They are grenades you throw at your mates, and instead of blowing them up into a hilariously salty mess, it turbo-charges them with a corresponding stat! The color of the grenade buffs the stat connected to the same color (red for HP, etc)

While the buff is temporary, they are stackable! Wanna get away from a horde of the undead quickly? Huck 5 or 6 speed grenades on the floor and get the hell outta dodge faster than most zombies can say "Did he seriously just reference Gunsmoke?"!!! 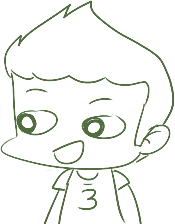 I personally think they ended up being super amazing, and it's gonna be interesting to see how players utilize them in upcoming game modes... Speaking of which, I have 2 or 3 new ones concepted, and will be design-doc'ing them and shipping them off to Tim as soon as I can. One of them is a "capture the survivor" of sorts, where you and your mates run around a randomly generated level saving hostages from zombies! Our current survivor game mode was more escort-based, and while it may still be implemented in some form, I'm hoping the new one is a bit more entertaining... I can't go into too much detail on the second one... yet! It's going to be fun though, and introduce a totally new way to rise up through the zombie grinding ranks MUAHAHAH!!!!

I also want to start featuring Let's Plays of the game in news updates to help potential new players get a feel of what to expect! This update's LP comes from a group of southern gentlemen, and their first impressions of the game! It's pretty raw and DOES contain harsh language, so be warned!

Pretty fun stuff!
Thanks for the spotlight, dudes!
If you have an LP of the game, shoot us a PM! I search for them intermittently as well
(that's how I stumbled on this one! Tim did too apparently!)


As for the future! There is a ton planned for the game, and Tim and I are trying to make as much time for it as possible! As we say pretty much every update, our lives get in the way of development a whole bunch, but when we do get a chance we always come back with new ideas! There are currently an estimated 500-billion ideas going through MY head personally, and I know Tim's got just as many if not more going, so we're only getting warmed up!

Enjoy the update, and look forward to what we have in store for you in this crazy world of killing... uh... not-human things?

Now to update the wiki with some pages, and update my wave gun game so that it works again (I don't know why the one I uploaded isn't working) and includes the Rifle. I'll check up on Gun Game and Rack Em Up to see if they need updating too.

I suppose I can make a few LPs in my spare time - though I probably should put more effort in mapping up something that includes the use of these new things. Decisions, decisions...

I don't really like this bank system :/ it force you to stop playing often if you want to have more, personally i had a lil' amount left but for a newbie this can be really annoying.

Ok this might be a way to prevent easy looting but it feels like it's splitting the game. Is there no better ways ?

Why does it force you to stop playing often? Any money you pick up after your wallet is full goes straight to the bank.

The reason we added the wallet system was so people could carry money persistently between games (which is necessary for some of our future updates), but without unbalancing the game (for example someone coming in with a few hundred thousand and just constantly buying the best guns / opening all the rooms / blah).

It pretty much works like before, the only difference is you can start with money and there is a wallet cap.

It dosen't stop you earning money in any way shape or form, definitely wouldn't stop people doing that, that defeats the point of the game lol. Maybe I should make it more clean that money over the wallet balance goes to the bank, I figured the tutorial message that pops up every 10 minutes when your wallet is full was enough.

So basicly the new wallet system replaces the old wallet items, right? That's awesome! I never used the wallets because they took up a slot that could have been used for something better IMO

thank you for clearing this up. I was VERY frustrated and disappointed with the wallet idea. I was thinking that it was limiting the amount of coins we could gain per match.

Maybe you could add a total bank amount to the stat display on the back/escape/pause menu (whatever you call it :P).

also, not a big deal, but it reduces a bit of the competitiveness of coop matches since you can't see how many coins people are getting once their wallet is full.

forget that, the total bank money IS shown on the pause screen and you can still see who is getting the most kills.

Whaoooo sweet mother of mercy! its finnaly here, i saw this hub on a stream infini did a lonnng time ago and now its here!!! Everything is beautiful, especialy the freakin water and mmmm yuss buff grenades toss a ton in one spot and 1shot the bigguys with a pistol mmmnelly that character page too Just GOOD work guys everything about this is good work cant wait to see what else you got cookin!

lol, sorry. I put a cap on the bank balance, to prevent ever-increasing interest causing the bank balance variable to overflow. I didn't think anyone would have more than 10m!

Ah, there there Samejima. Consider it some multi-million dollar donation? *grabs a tissue*

Will there be a new campaign map?