Introduction of myself, what work has been done, as well as goals for the future.

Hey guys! My names Josh, aka joshcamas. I am currently hard at work on this game, HERO! So... what is hero? Simply put, it's a adventure puzzle game in which you, the Hero, adventure to the end of the world to relight the sun! The game is atmospheric based, and the environment is very important in telling the story, since not a line of Dialog will be implemented.

One major focus on this project is simplicity. The world is a couple of blocks, sure - but I want to create beauty from such abstract ideas. Of course, this is nothing new - look at abstract art, or minecraft, and you'll see the same thing. I personally believe that constraints we put upon ourselves or are forced upon us can drive creativity, if we let it. 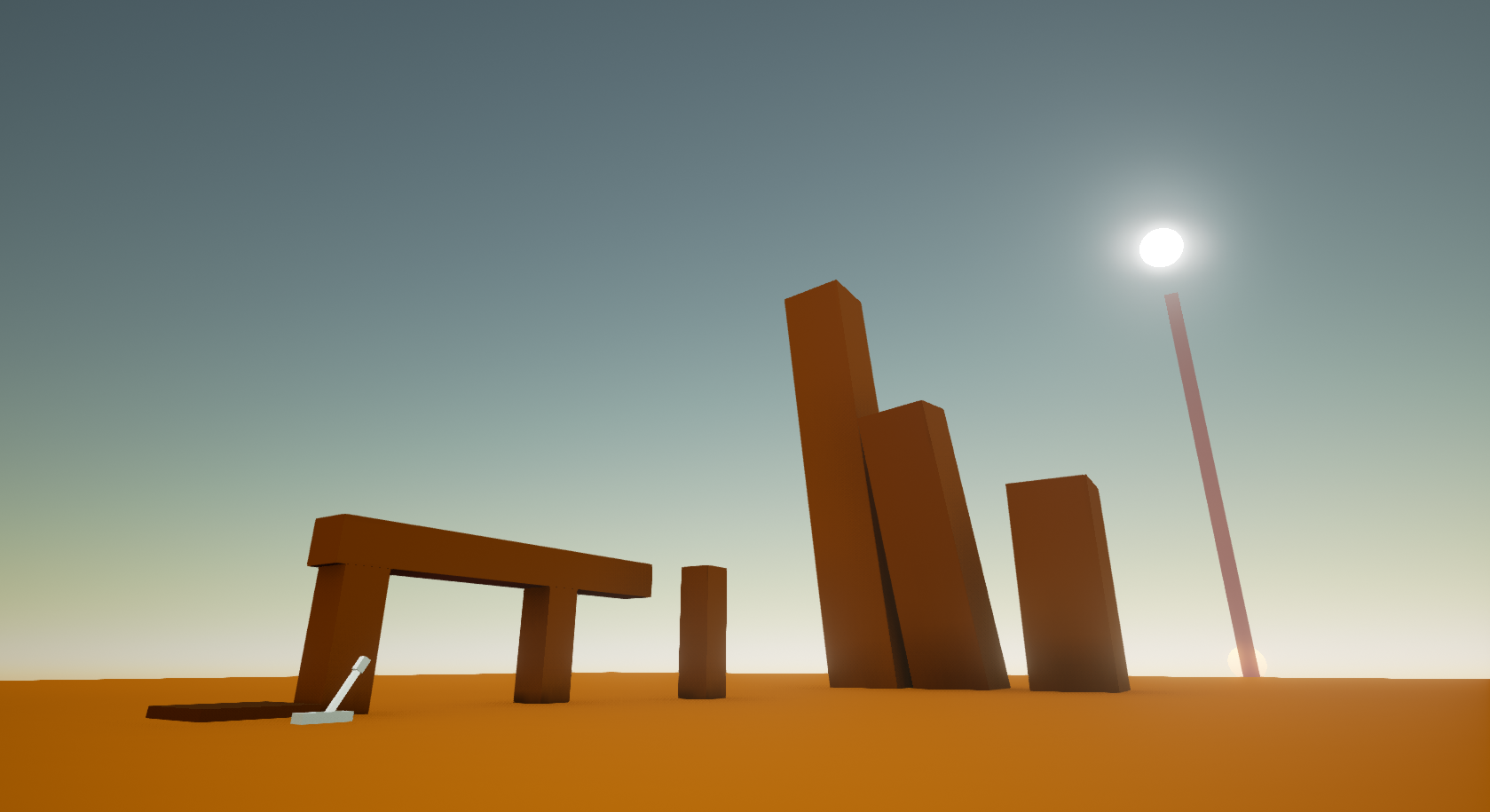 As the story goes, there where once three great kingdoms that spread across the world. They are now only ancient burial sites, but many buildings still stand. Back then, the sun shone brightly for a thousand years.. but then began to fade. Every time this happened, the ancients would send a warrior, a mage, or a royal guard to rekindle the flame. But now, there are no such heroes. The world is much simpler now, and there are no magicians, royalty, nor trained fighters. The sun is fading again, you - a simple farmboy, must travel to the end of the earth, and relight it. 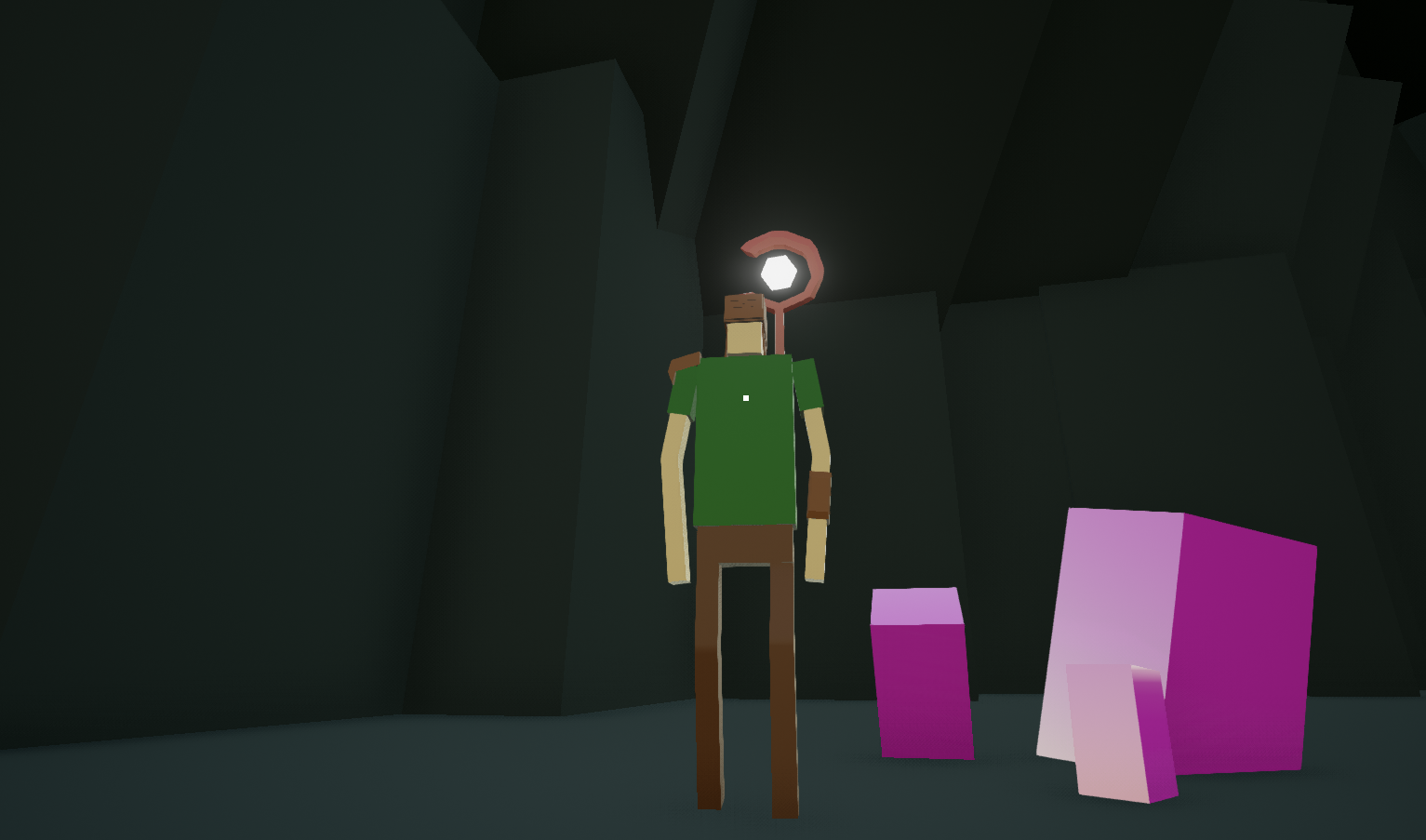 Now this is actually what I've done so far. I'll be seperating this into two parts, one for the average gamer and another for developers.

I have created a player, who can adventure the worlds around... you can pick up a magical staff, which can be used to pick up boxes. These boxes can be put on pressure buttons, which cause all sorts of stuff to happen... from moving platforms to drawbridges. The only other input is a switch. 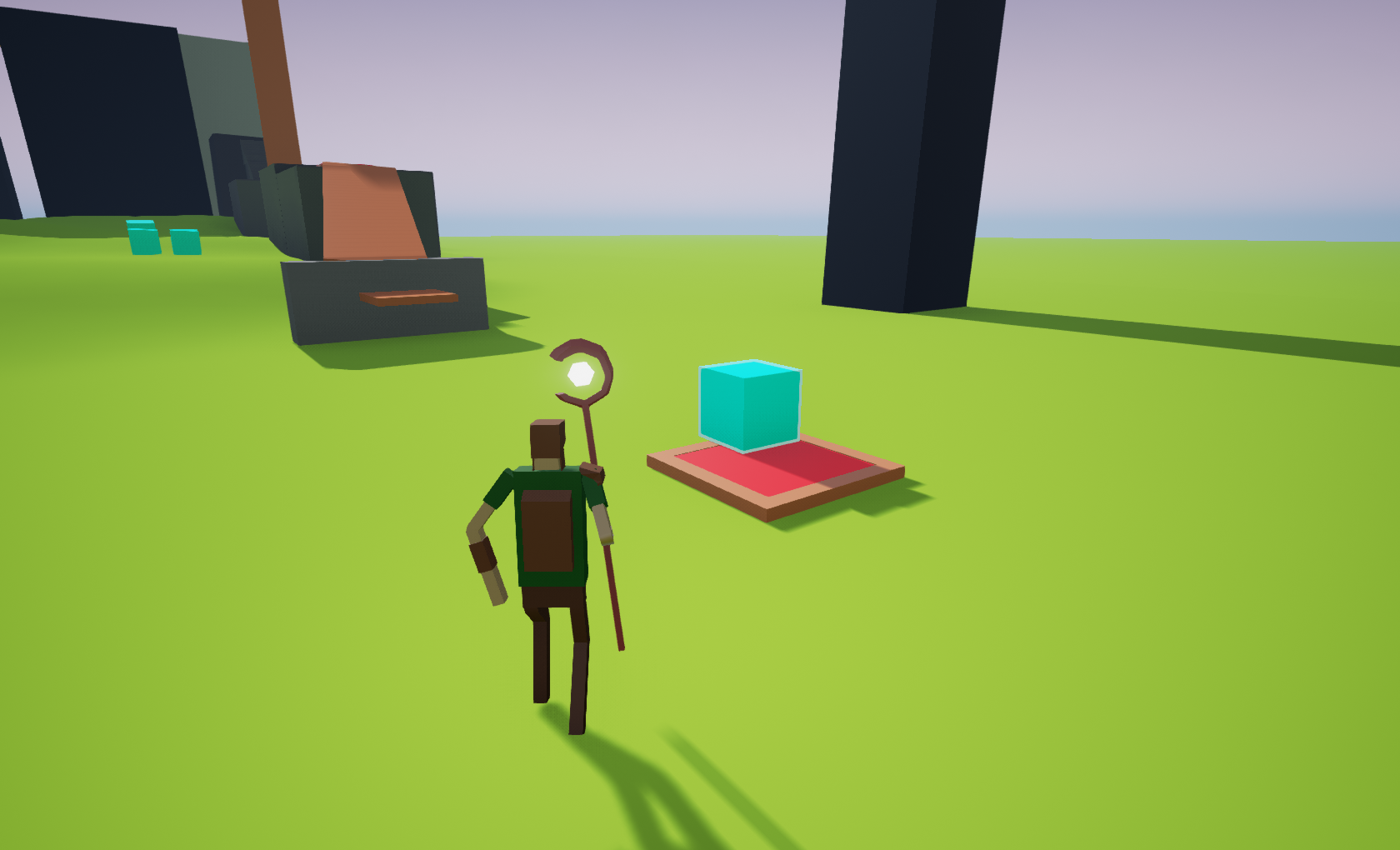 The project is using Unreal Engine 4 (UE4), and I'm currently using purely blueprints, for now. I've written a couple of games in C++ for UE4, but have learned that it causes very slow development for me due to slow compiling and crashing every few minutes. Basically, I will be slowly transferring most of everything to C++ as development continues.

The level consists of a large terrain object, with objects loading inside of each terrain chunk. I'm planning on making each major area in a different sublevel to automatically load when you get close to it, but I'm afraid that could require a loading screen. Not quite sure. Also, I'm not planning on using any textures in this game, other than ones for the UI. We shall see!

I built some simple AI for the townsmen... all they do is walk around to special areas, and I made a special target point that tells them to do a special action when they get there - currently I have one that makes them chop up some wood for a while, then move on. I'm not quite sure if I'll end up using other people at all, I guess we'll see. 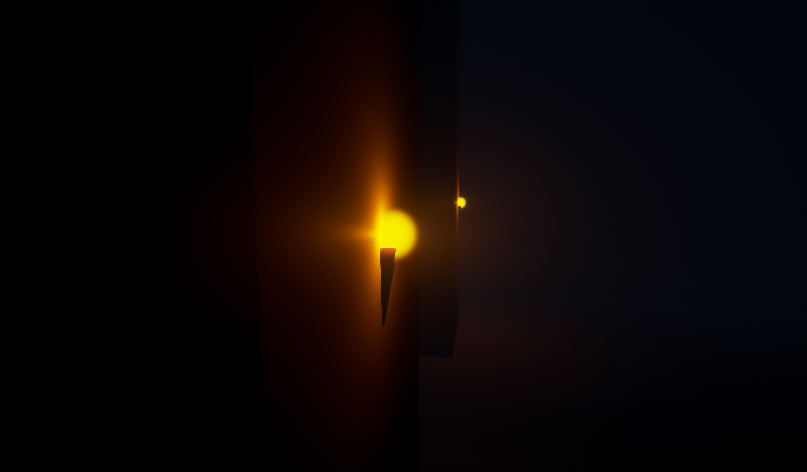 My primary goal is to actually finish this thing - I have worked on countless projects since 5th grade, and yet have never actually completed one, other than a school project I did a while back. I very often simply dream too big, and never get even remotely close to the target. Hence, HERO - a simplistic game, at least within my standards.

Game related goals include a world with 3 or 4 biomes, or chapters. The character will go through his homeland, a giants den, the desert, and then The Tower. Environment plays a massive role in this game - since no dialog can tell the story of this world, the environment must.

Puzzles are the core gameplay of this project - so I'll need to come up with some really nifty ideas and design, and these elements must be implemented into the world well or the bets are off. 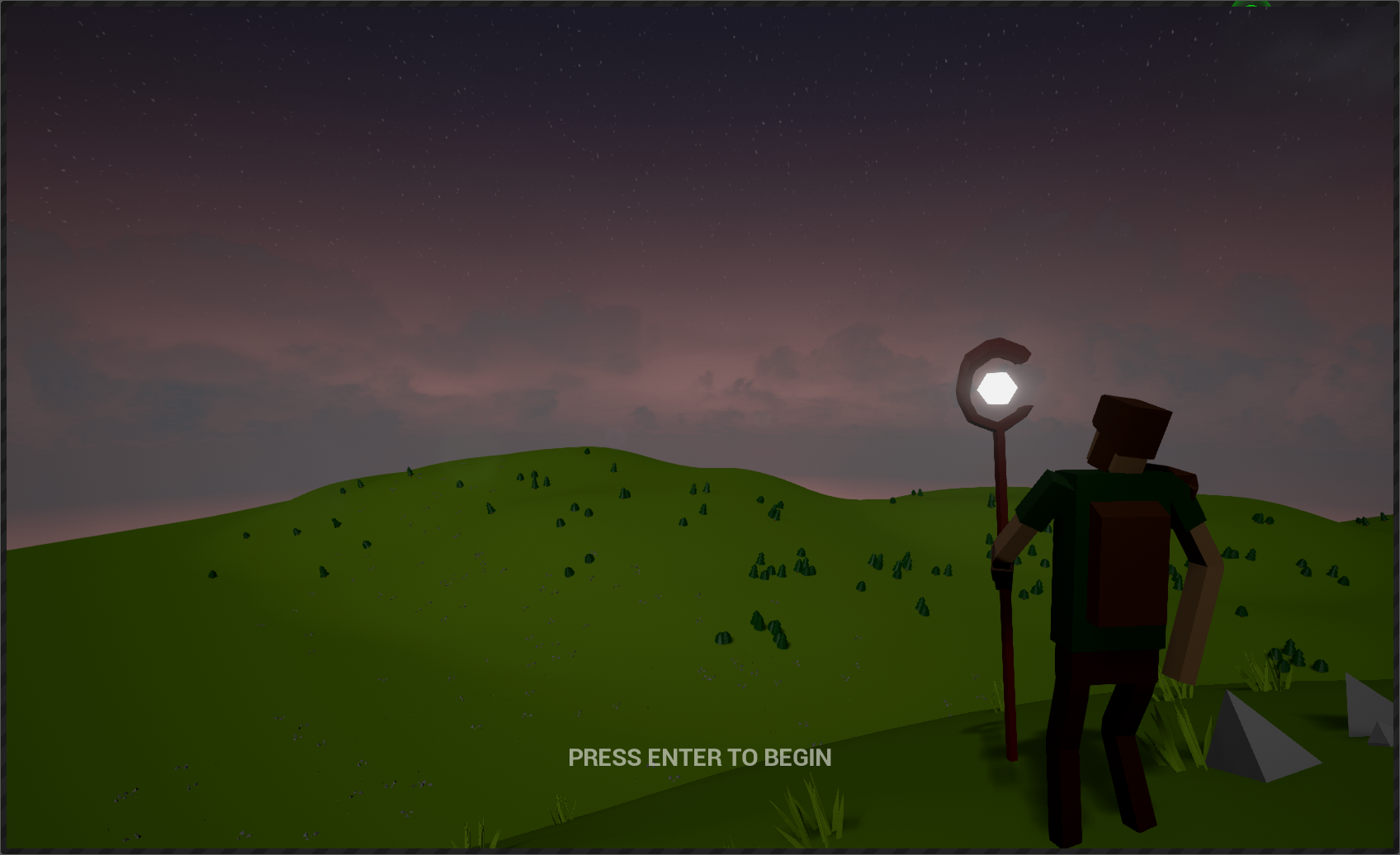 Well, that's it for now. I hope your at least mildly interested in this project, and that you start to spread the word. If you have any input at all, good or bad, feel free to message me! Thanks so much for reading this very long post, I promise that they will never be this long again!

Looks nice, let me track you...

Seems to be a fusion of trove x journey :0

I am indeed getting ideas from Journey, although sadly I have never been able to play it :D