An introduction of Wayward Strand - our heartfelt interactive story, told in a unique and curious way. Play as Casey Beaumaris - intrepid teenage journalist - as she visits an airborne hospital for the first time. Uncover the airship's mysteries, and explore the lives of its inhabitants.

Hello to the IndieDB community! We're new here, and thought we'd write up a quick post introducing Wayward Strand and ourselves! 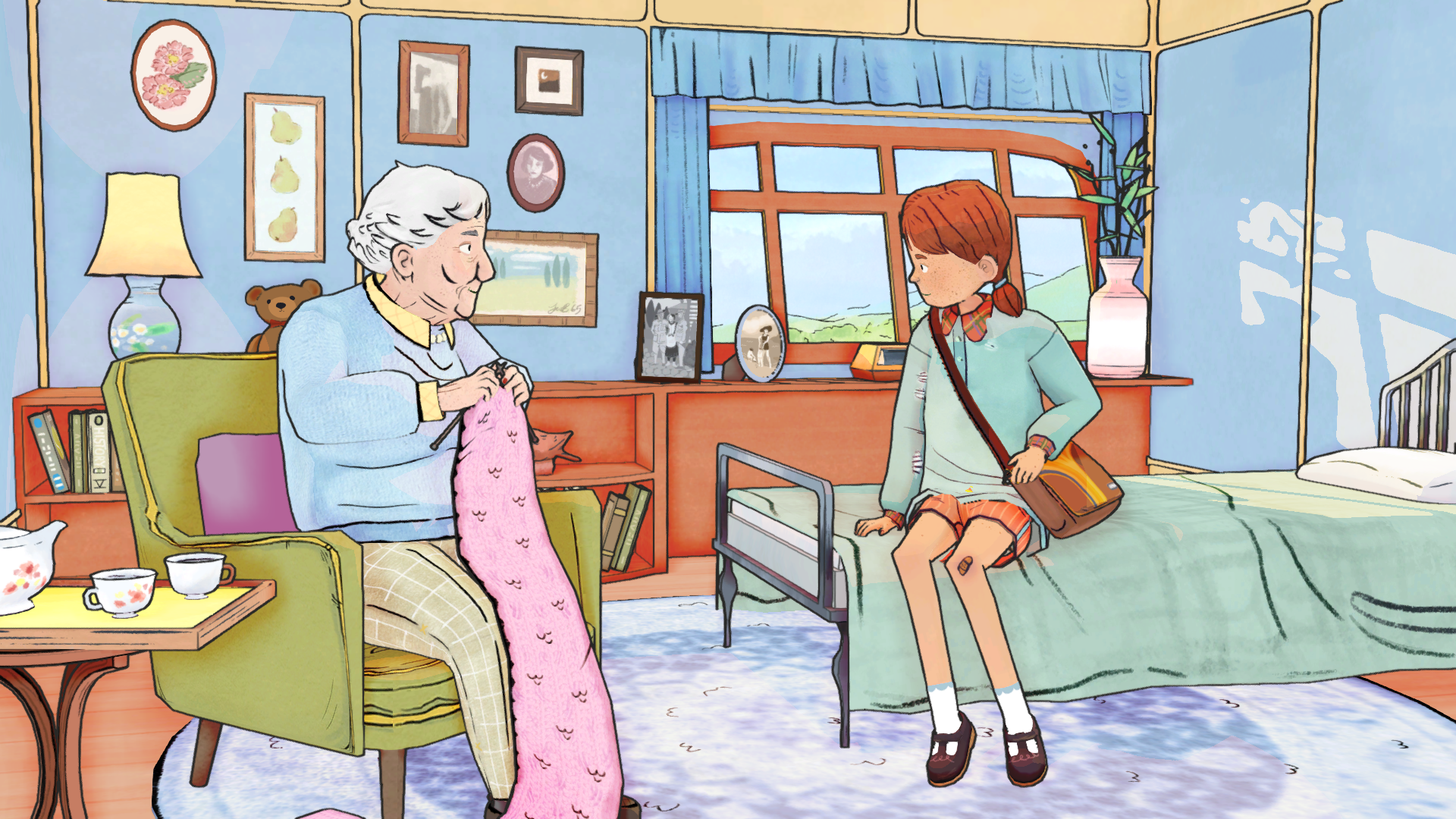 Wayward Strand is our touching, empathetic narrative game, woven together from many distinct threads, all of which play out simultaneously aboard an airborne hospital in 1970s Australia.

In Wayward Strand you play as Casey Beaumaris, a teenage girl visiting the hospital for the first time. Over the course of three days, she will explore the history of the ship, the lives of its inhabitants, and their relationships to one another.

Once aboard, she can visit the rooms of the ship’s odd and delightful residents, choosing who she wants to spend her time with, and get to know. She can also shadow the staff and snoop around; or explore the ship itself, seeking to uncover the secrets of its murky past.

The hospital’s residents are an eclectic cast of characters – some charming, some eccentric, some rude – each with their own desires, goals and imaginations. They do as they wish, completely independent of the player character.

During the three days Casey spends on the ship, the characters around her live out their own stories - stories which she can investigate. Each character moves and acts of their own accord, on their own timeline - sharing news with each other, opinions; arguing; joking; gossiping - or having a chat with Casey when she comes by.

As Casey explores the airship and its many intertwined stories, she will discover that the effect of her actions can reverberate far beyond her expectations.

If that sounds exciting, please go and add Wayward Strand to your Steam wishlist! It really helps us out. Wayward Strand is also on Twitter and Facebook, and we now have a Discord that you can join to chat with the team!

So that's Wayward Strand - what about us?

Well, Ghost Pattern is a game-making collaboration based in Melbourne, Australia. At the moment, there are 6 of us that are working part- or full-time on Wayward Strand, then there's about a dozen other awesome collaborators both local and interstate that we work with on particular elements of the game. We've worked on a bunch of different things in the past - from big indie titles like Armello, to fascinating experiments like Movement Study 1, to VR films like A Thin Black Line - but this is our first major project as a team together.

Above is our recent teaser trailer, which introduces the main character, Casey, and Ida Vaughn, one of the residents of the ship that you'll get to know over the course of the game. Below are some screenshots of the demo that we recently showed at PAX, where we were selected as part of the PAX Australia Indie Showcase. 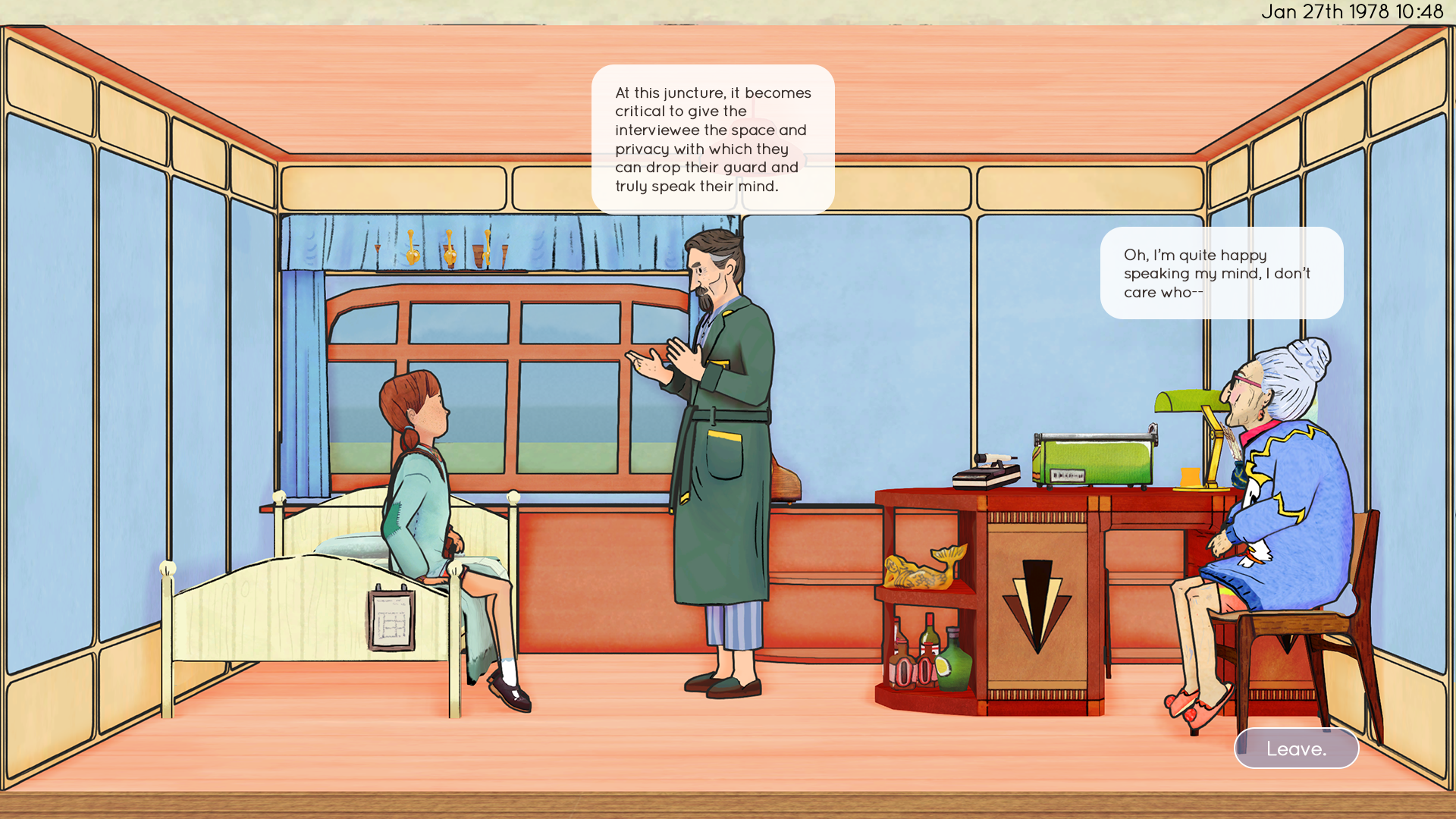 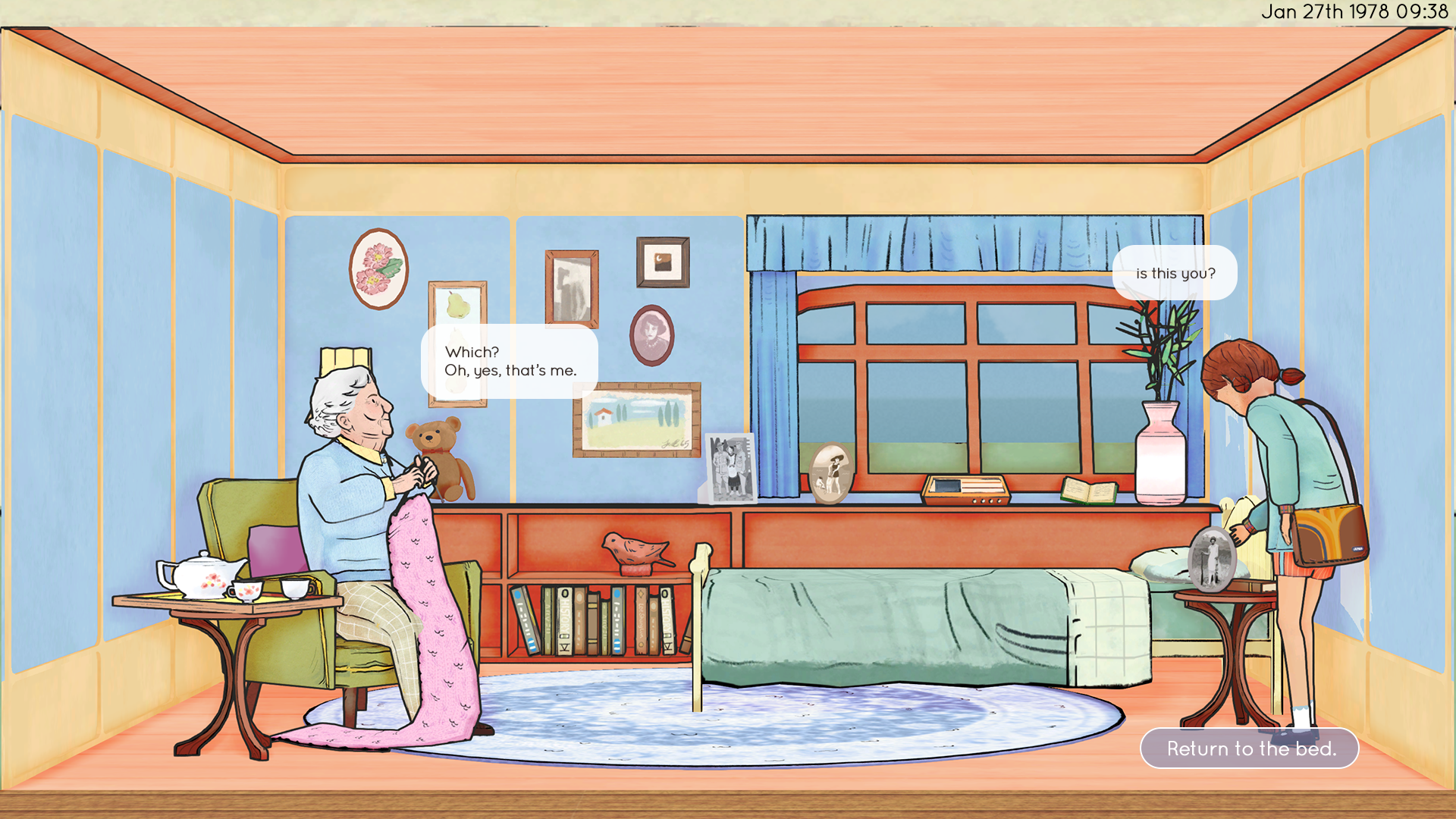 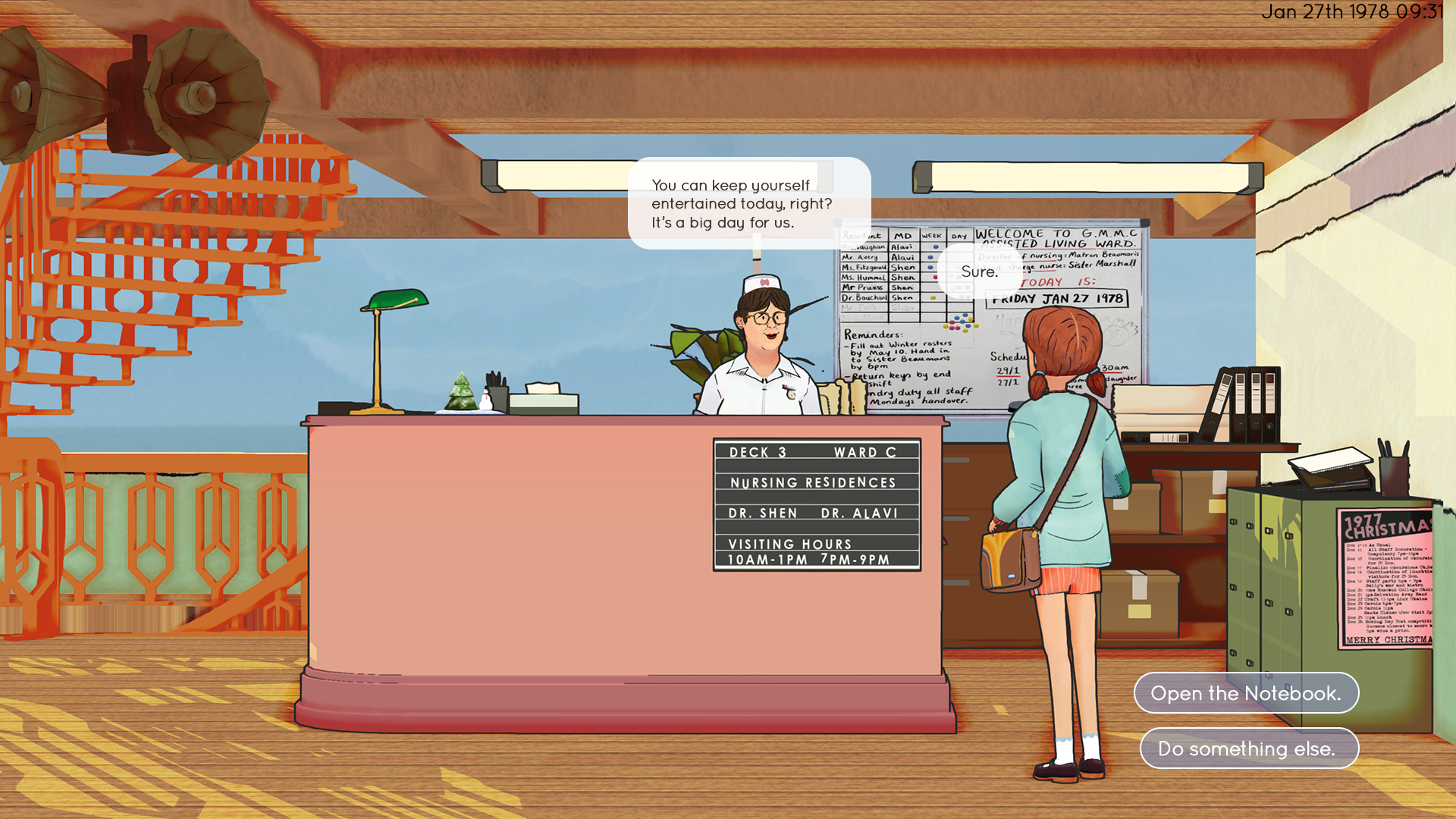 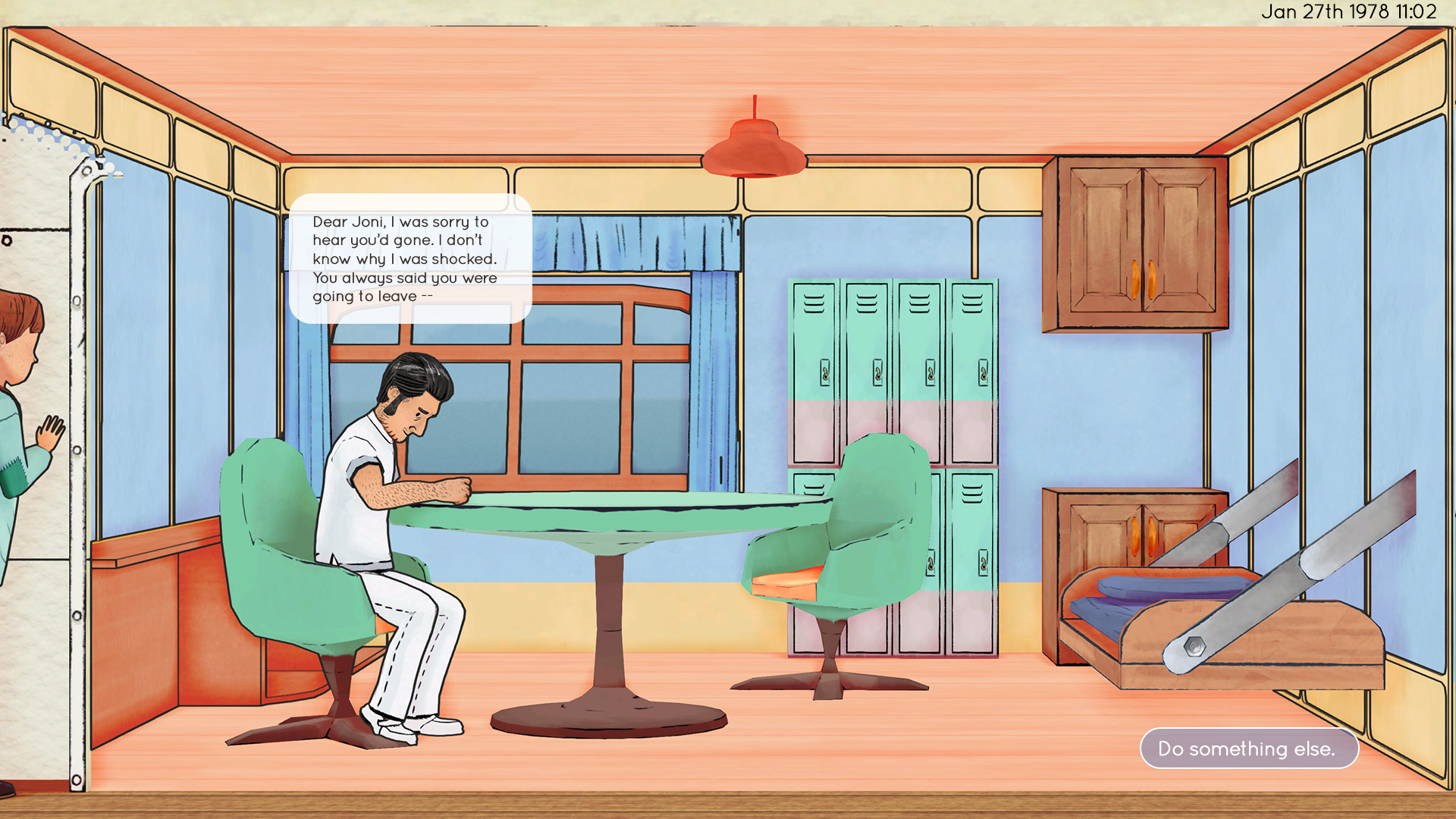 That's it for now - if you have any questions for us, just post them below in the comments, and thanks for reading!